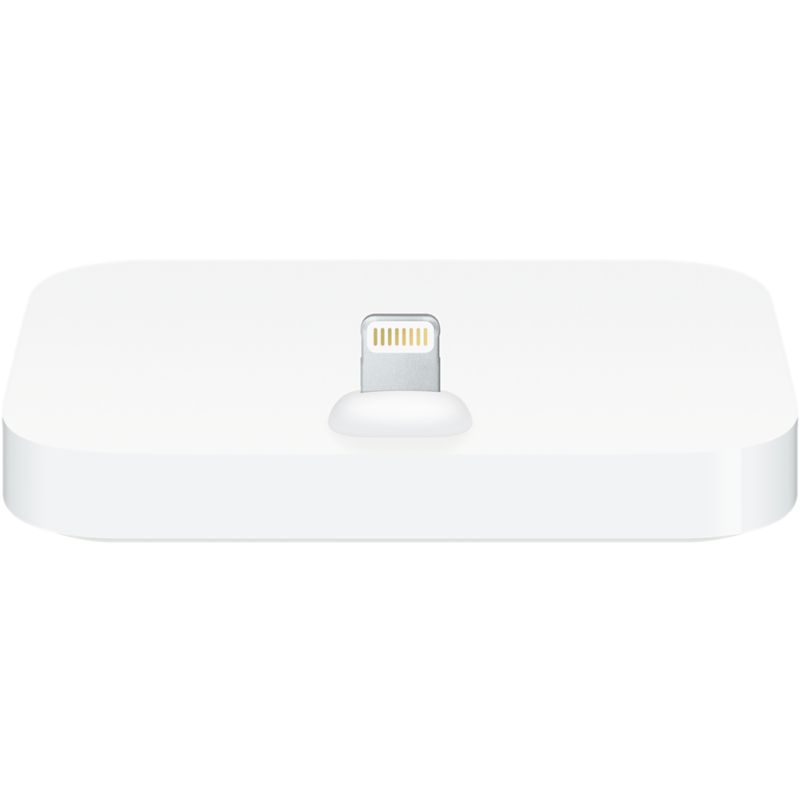 In addition to launching a new 15-inch MacBook Pro with Force Touch and a cheaper 27-inch Retina iMac, Apple has also introduced its first official iPhone Lightning Dock with compatibility for both the iPhone 6 and iPhone 6 Plus. Of course, being this late to the charging dock game means a number of fine solutions already exist at competitive prices. To accommodate both the 4.7-inch and 5.5-inch iPhone models with a single dock, Apple has departed from its usual design of placing the charging connector in a groove fit for the bottom of the iPhone. Instead, the new iPhone Lightning Dock features a base wide enough for either sized iPhone and a Lightning connector atop a raised bump for charging. The new design should have the added benefit of working without removing most iPhone cases as well.

While Apple’s timing of releasing an official iPhone Lightning Dock fit for the iPhone 6 and iPhone 6 Plus comes 9 months after the new iPhones were first released, the late release certainly isn’t new for Apple. Many believed Apple was out of the charging dock business when the iPhone 5 was sold with a new design and new charging connector without an official dock solution from Apple until it released its own with the iPhone 5s and iPhone 5c a year into the iPhone 5’s design.