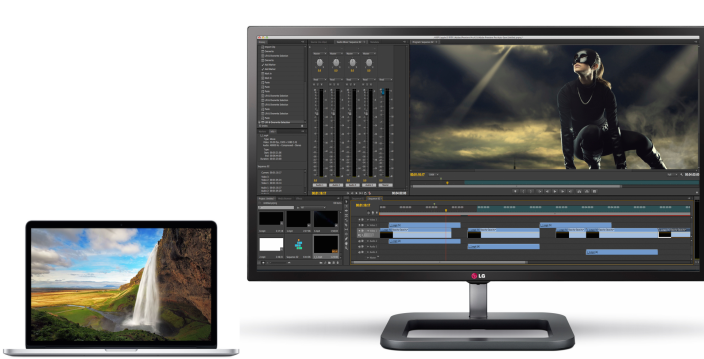 Apple’s new 15-inch MacBook Pro is the first of Apple’s notebooks to officially support single-stream 4K displays at a full resolution of 4096×2160 at 60Hz. The new MacBook Pro is also the first to support 5K displays.

Apple confirmed the support today in an updated support document detailing official support for 4K and 5K displays on Macs.

The support for higher resolutions — previous MacBooks only support 4K at a maximum resolution of 3840×2160 at 60Hz — appears to be related to the switch to AMD graphics in the new machine. Apple’s new 15-inch Retina MacBook Pro (mid-2015) comes with AMD Radeon R9 M370X that the company said are up to 80% faster than previous generations. Apple’s 13-inch Retina MacBook Pros released earlier in the year come with Intel Iris Graphics 6100.

The new 15-inch MacBook is also the first to support 5K displays using a dual-cable DisplayPort setup. Apple first introduced official support for 5K displays back in April alongside its OS X 10.10.3 update, but at the time only listed Mac Pro (Late 2013) and iMacs as supported. So far the only 5K display officially supported by Apple with these machines is Dell’s new UP2715K 27-inch 5K display.

Catch up on our 4K monitor comparison here.