Apple will be closing its official Company Store at its 1 Infinite Loop campus later this month and plans to relaunch a modernized version of it this fall, according to sources familiar with the plans.

Notices on Apple’s campus (pictured below) confirming the upcoming renovations read: “Architectural and Site Approval to allow facade improvements of approximately 102 linear feet of an existing office building.” But Apple has much more planned than just a fresh coat of paint, according to sources. 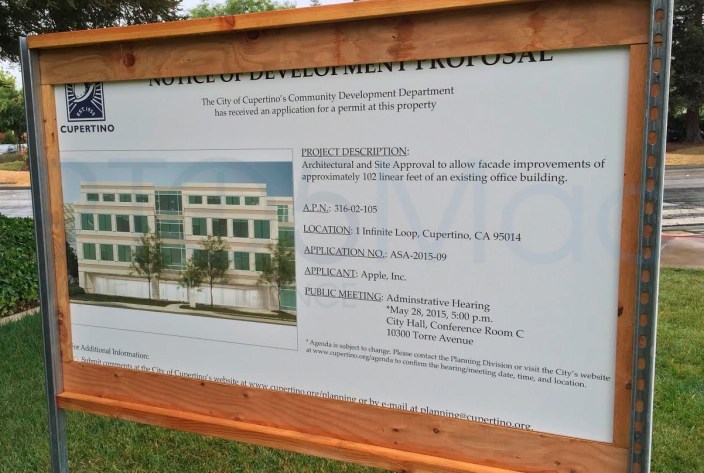 The company store, pictured above, has long been the only place to purchase Apple-branded clothing and other items, but it never sold Macs or most products the company sells through its retail stores. The company store was, however, open to the public for visitors to the campus in addition to Apple employees.

So how does Apple plan to revamp the store? We’re told that part of the plan will be to modernize the space and possibly include historical items from the company. Historical items could turn the store into a half-museum of sorts and make the store an even more popular stop for visitors to the campus.

We’ve also heard that Apple might do away with merchandise bearing the Apple logo for the new store as part of these changes. So you’ll want to hit up the store before it closes as they clear out current stock if you want an Apple t-shirt or hat.

Whether or not the new store might be part of Jony Ive’s new plans to take on retail in his new position as Chief Design Officer is unclear, but not unlikely.

Apple plans to shut down the company store on June 12 as WWDC wraps up in nearby San Francisco and reopen later this year in the fall.