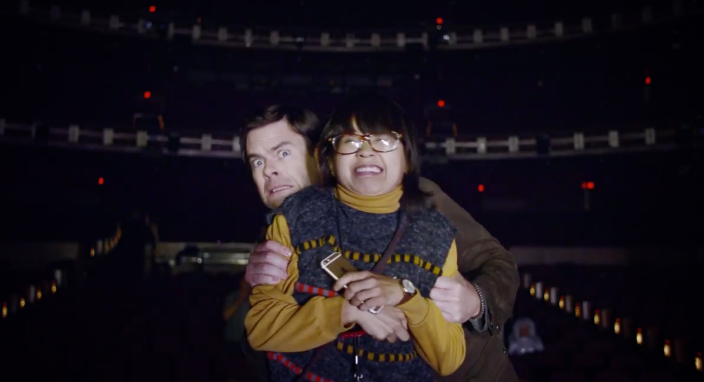 Apple did something out of the ordinary to open WWDC this year. Before CEO Tim Cook took the stage, the company played a bizarre opening video that showed a behind the scenes look at the opening number it had planned but that never came to fruition. Featuring Saturday Night Live alum Bill Hader, the video seemingly pays homage to the popular 2014 hit film Birdman.

There are numerous references to culturally popular tech, including the iOS apps Monument Valley, Angry Birds, Tinder, Crossy Road, Evernote, Apple’s own Tips, Lyft, Goat Simulator, and a variety of other tech terms.

It’s a bizarre, wacky, and over the top video, but nevertheless Apple has now uploaded it to YouTube for anyone who missed the live stream of the keynote itself. You can check it out below and tell us what you think of it in the comments below.