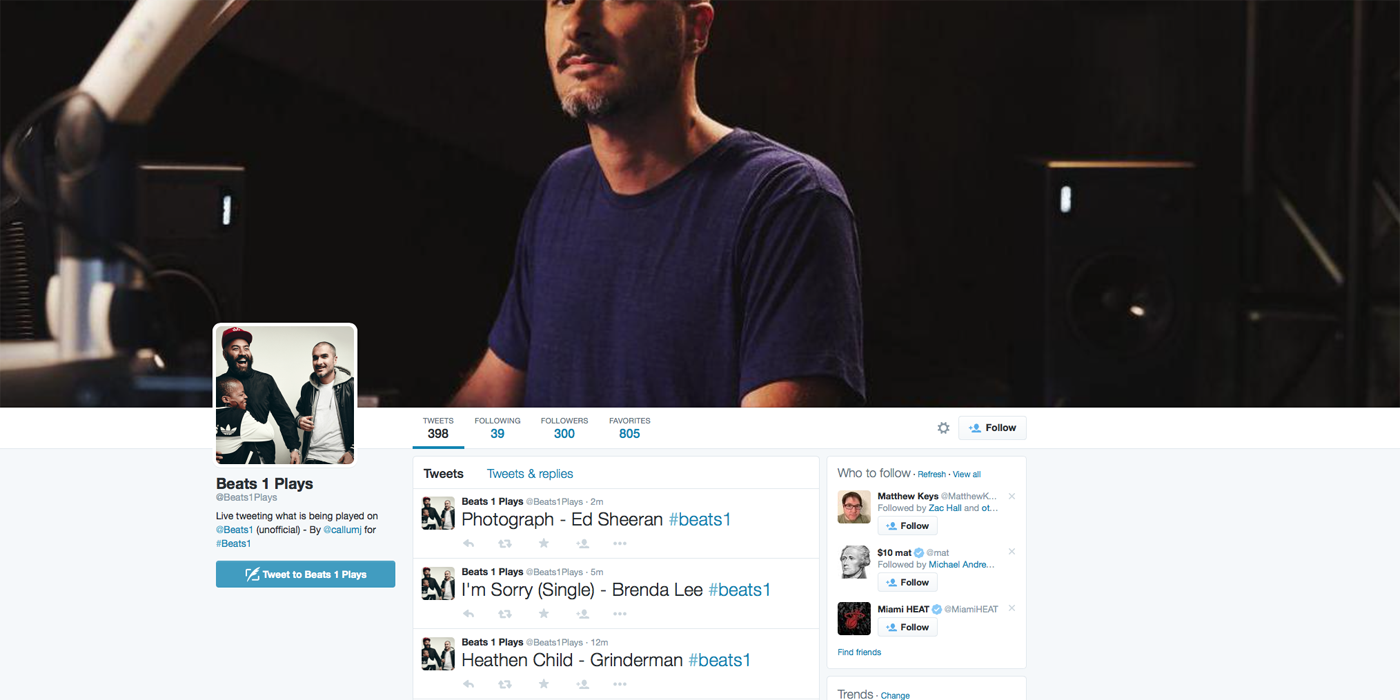 If you’re listening to Beats 1 and hear a track you like, the Now Playing screen will identify it for you, or you can use the contextual menu to add it to My Music or view it in the iTunes Store. But if you were driving or busy doing something else, and want to identify the track that just finished playing, you’re out of luck unless it’s part of a featured playlist.

That’s the problem web developer Callum Jones has just solved in a really simple but neat way: he’s created an @Beats1Plays Twitter account that simply tweets the name of the track and artist of each song played on Beats 1. Even if you can’t stop what you’re doing until ten minutes later, you can simply scroll back through the feed.

Those using the iOS 9 beta won’t get full access to Apple Music until next week, but Beats 1 radio is available in the Music app.