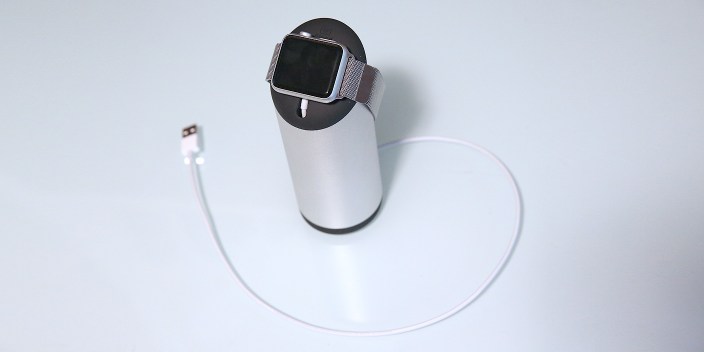 It’s easy to look at a photograph of Elago’s new W Stand ($30) without fully appreciating how large it is. There aren’t many Apple Watch stands that dwarf the device they’re holding — Griffin’s plastic WatchStand is a notable exception — but when you take the 6-inch-tall, 2.4-inch-diameter W Stand out of its package, you quickly get the sense that it’s designed to feel big and solid. Yet it’s also affordable, selling for the same price as WatchStand and $10 less than Just Mobile’s all-metal TimeStand.

With four different anodized aluminum color choices, W Stand is the rare stand to come in gold, dark gray, black, and silver options that match various versions of the Apple Watch. But will you like it? I’ll discuss all the details below… 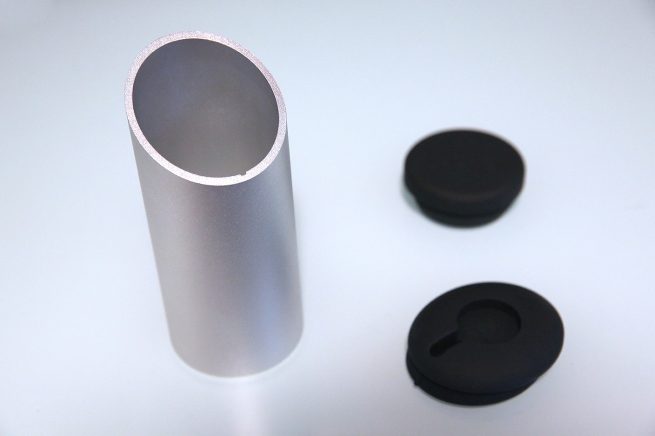 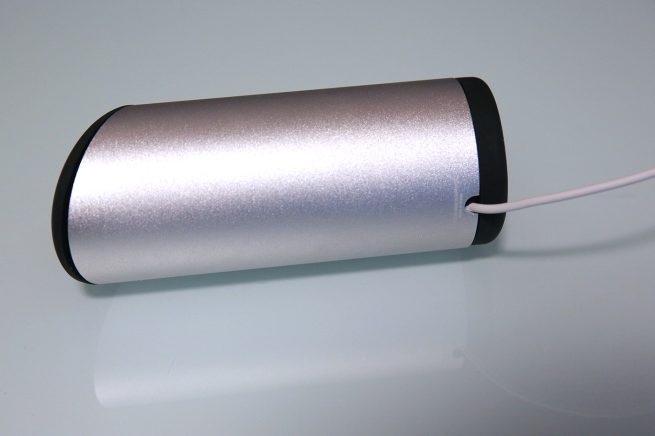 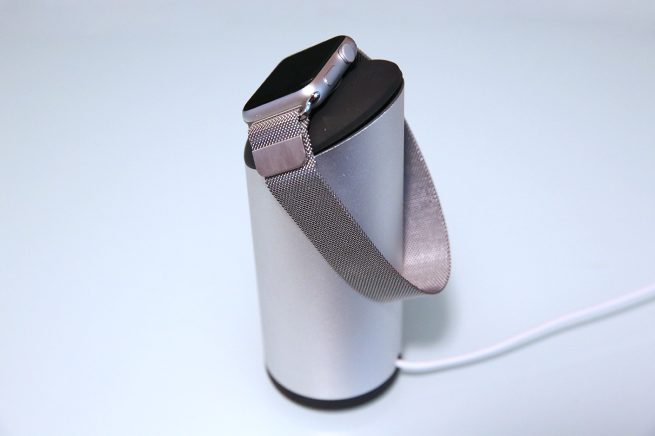 Elago ships the three-piece W Stand pre-assembled in a simple box without instructions, which are frankly unnecessary: it’s pretty obvious how they come apart and work together. The aluminum tube is topped with a black, rounded-off and oval-shaped rubber cap, and sealed on the bottom with a circular but otherwise matching cap. Each of the rubber pieces feel thick and strong, leaving grooves for insertion of a self-supplied Apple Watch Magnetic Charging Cable. You feed the USB plug through a top hole, rest the charging puck in a recess, then slip the cable through a grooved hole in the bottom. There’s no special cable management inside W Stand; you just put as much or as little of the wire inside as you prefer. 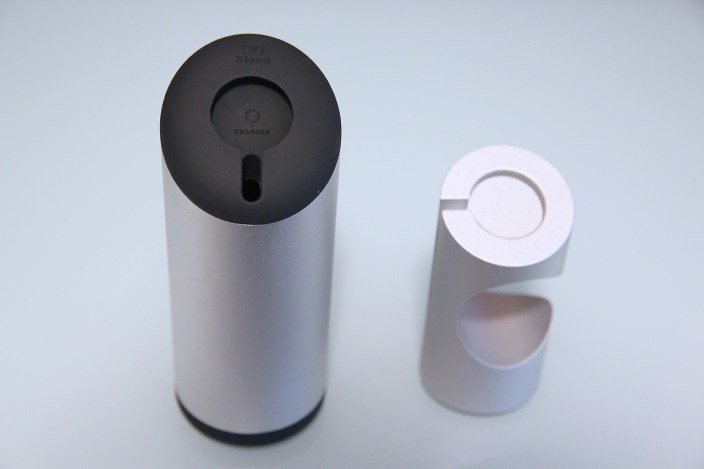 To give you a sense of how much larger W Stand is than Just Mobile’s TimeStand, this picture illustrates their different heights and diameters; they have the same-sized charging puck recesses, so you can see that W Stand’s top surface is significantly larger. Even Elago appears to have been somewhat surprised by the final size, as its packaging lists a 113.5mm height (4.46″) when W Stand is actually over 150mm (6″) from top to bottom. Thankfully, the size and materials enable the hollow W Stand to have substantial heft, so it won’t tip over or move around when you remove your Apple Watch from the charging surface. Moreover, Elago’s current lineup of four color choices surpasses TimeStand’s initial one option; W Stand already comes in almost every color an Apple Watch user might want, apart from rose gold. 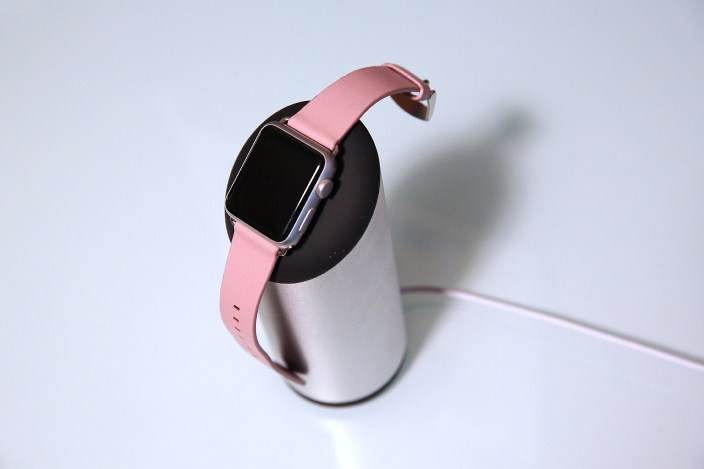 Elago’s capped tube design has benefits and consequences relative to TimeStand. On a positive note, the significant use of rubber eliminates any risk of accidental scratches when you’re placing or removing the Watch on the charging surface. It also enables W Stand to be more affordable. But the lack of a central watch band hole means that only open bands will be able to sit in portrait orientation; closed loop bands such as the Milanese Loop and Stainless Steel Link Band will need to be in landscape orientation. Users of watchOS 2 will be pleased that the angle Elago picked for its top surface is literally just right to activate the upcoming Nightstand Mode feature; if your nightstand isn’t completely level or the top cap is a millimeter off normal orientation, Nightstand Mode — at least in early beta form — won’t activate. But when I set W Stand up normally, it worked properly, and the rubber cap can be adjusted to accentuate the trigger angle. 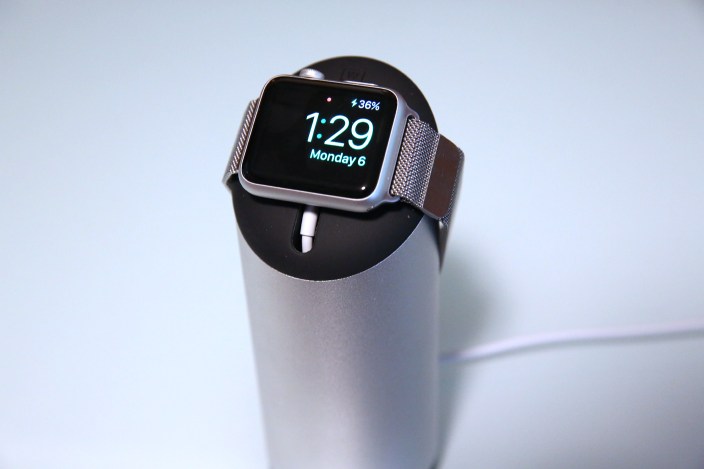 The last couple of months have seen some compelling additions to my list of the best Apple Watch stands, and W Stand certainly belongs among them. I’ve previously noted that deluxe stands tend to start in the $60 range, and it took until late June for TimeStand to arrive as a really good $40 challenger. Now W Stand is creating another middle ground at the $30 level, offering a nice step up in materials from the most basic $20 Spigen stands without going as heavily plastic as Griffin’s option. After a slow start, we’re moving closer to a stage in the Apple Watch’s life where there’s no single “right” accessory choice, but rather just a wide array of good to great options at various price points. Multiple metal color choices and a solid feel make W Stand a solid pick for budget-conscious users.