Would you replace your cell carrier with an Apple MVNO? You might soon be able to

Following the iCloud voicemail transcription news from earlier today, Business Insider is reporting that Apple may actually be following Google’s Project Fi  into the “becoming a carrier” field.

Sources close to Apple say that the company is privately trialling an MVNO service in the US, but is also currently in talks with telecoms companies in Europe about bringing the service there too.

MVNO or Mobile Virtual Network Operator  is a wireless communications services provider that does not own the wireless network infrastructure over which the MVNO provides services to its customers. Google’s Project Fi uses Sprint and T-Mobile’s infrastructure and combines them to become a “super-carrier”.

Apple of course announced the so far iPad-limited Apple SIM last year which allows you to choose between a handful of network carriers for iPad data on a month to month basis.

Three weeks ago, the UK-based FT reported that Apple and Samsung were in talks with carriers to launch “e-SIM” cards and and Apple MVNO service might be an evolution of that.

The idea behind the talks is a universal standard for embedded SIM cards (“e-SIM”) that are built into the phone and not user accessible. These subscriber identity modules would allow customers to sign up for service on any network they wanted, then allow them to switch at any time (obviously with some limitations placed by the carriers).

Apple isn’t the only smartphone manufacturer in these discussions. Samsung is also reported to be part of the talks, meaning this tech could become a real standard across iPhone and Android devices, unlike Apple’s current SIM which is locked specifically to the company’s hardware.

Apple has a long history of flirting with the MVNO business with an insider revealing that Steve Jobs wanted Apple to become a carrier before the release of the iPhone (if only!). Telecom vet and former CTIA chairman John Stanton had worked with Jobs on the project…

Stanton, chairman of venture capital firm Trilogy Partners, said he spent a fair amount of time with Jobs between 2005 and 2007. “He wanted to replace carriers,” Stanton said of Jobs, the Apple founder and CEO who died Oct. 5 after a battle with cancer. “He and I spent a lot of time talking about whether synthetically you could create a carrier using Wi-Fi spectrum. That was part of his vision.”

Apple, for its part has patented the MVNO process that others have taken and then re-upped on that patent. 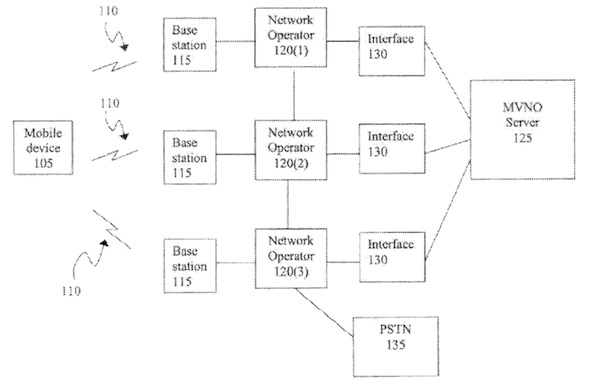 Analysts have also long thought that Apple was planning to enter the carrier business. Here are main points from a sideshow revealed in 2012.

Virgin, a Sprint MVNO was dropped from carrying the iPhone after the holidays but was brought back in the fold this week.  Would you want to replace your carrier with Apple? You might be able to.