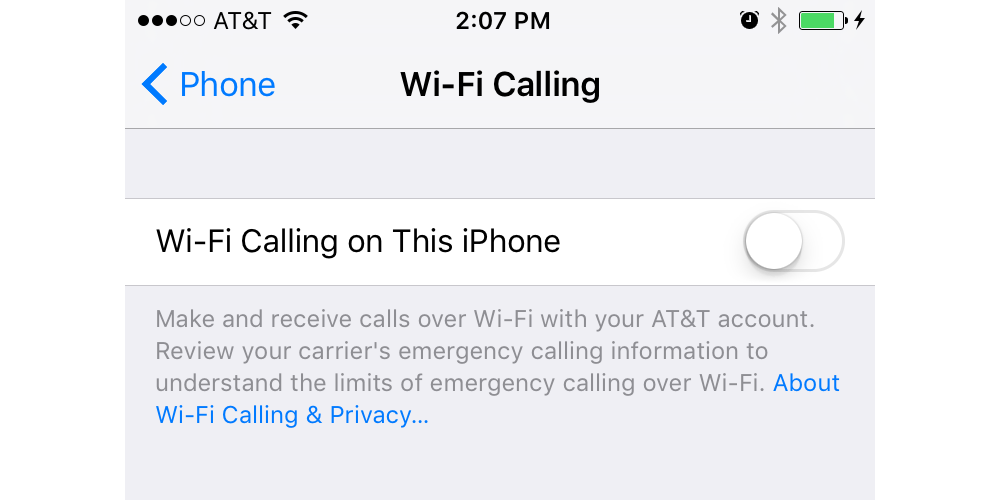 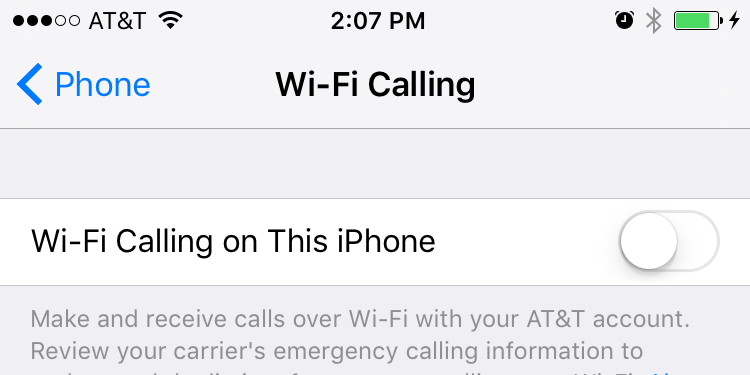 With the release of today’s iOS 9 beta, Apple has introduced several new features. The first on the list, and probably one of the most important, is support for Wi-Fi Calling on AT&T. In previous betas the feature was limited to T-Mobile’s network, but it appears the final version of the software will enable it on multiple carriers.

At the moment, AT&T doesn’t actually support Wi-Fi calling from any device, but has previously promised that the feature would eventually be made available some time this year.

At the moment, switching on Wi-Fi calling presents users with a web page stating that “Wi-Fi Calling is not available in the area yet.

Whether AT&T will also gain support for the currently T-Mobile-exclusive Cellular Continuity feature, but at the moment AT&T phones running beta 5 still don’t show that option. 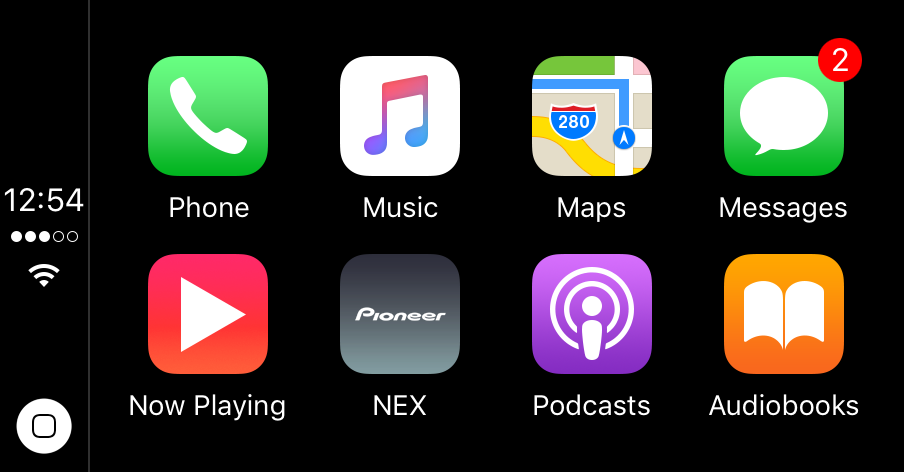 Several tweaks have also been made to the CarPlay interface, including the addition of larger artwork and support for liking songs with the heart button that first debuted in the most recent iOS update. The Now Playing screen has also received some design tweaks.

A whole host of new wallpapers have been added to the new iOS 9 beta. These range from abstract waves of color to photos of planets suspended in a stark black background. Additionally, Apple has removed some older wallpapers, including the stock designs for the iPhone 5c and the default iOS 9 wallpaper that was demonstrated at WWDC.

You can take a closer look at these wallpapers on our roundup.

The settings for the Handoff & Suggested Apps feature have also been reworked, removing the option to get App Store suggestions on the lock screen. Instead, you’ll only see suggestions for apps you already have installed.

“Shuffle All” option in Music

You can now shuffle all of your music at once with an option tucked away at the top of the Music app.

A new splash screen greets users the first time they launch the Calendar app. It explains the new features. 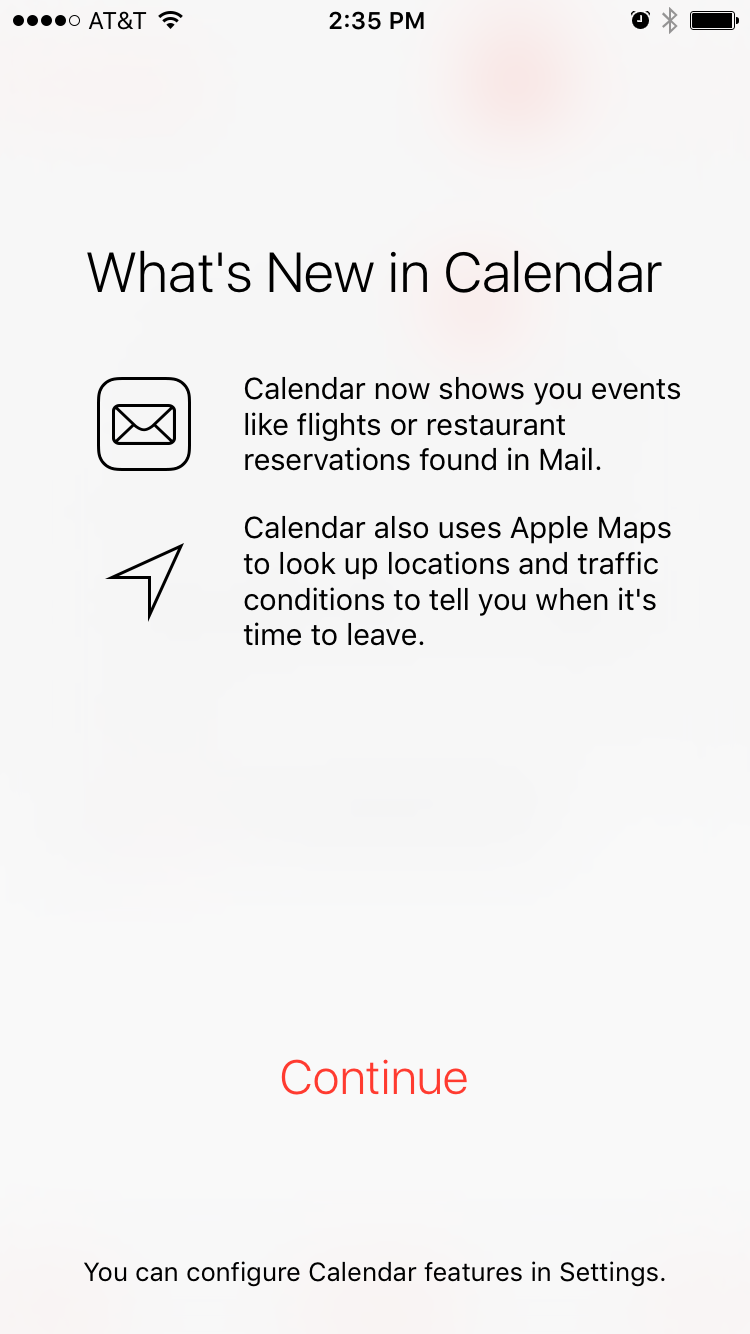 Following up on the changes to the Shift key in iOS 9, Apple has tweaked the keyboard a bit more, changing the glyphs on keys like Delete, Shift, and Dictation. 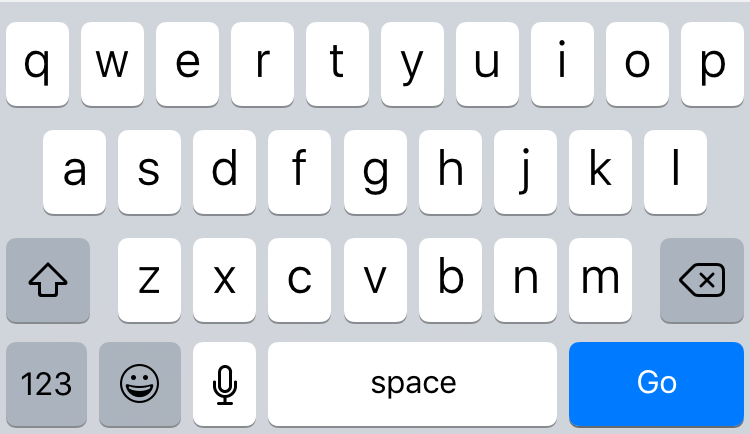 A new cellular setting called Wi-Fi Assist allows the phone to automatically switch to a cellular data connection when you have a bad Wi-Fi connection. The toggle is hidden at the bottom of the Cellular settings screen.

Text shortcuts in the keyboard settings have been renamed “Text Replacement” to match the label on the Mac.

A small tweak to the Siri screen removes the labels from the call, message, and FaceTime buttons when you tap a contact’s picture. (Thanks, Jorge)

Apple has made some changes to how the Activity app looks and behaves. (Thanks, Kyle) 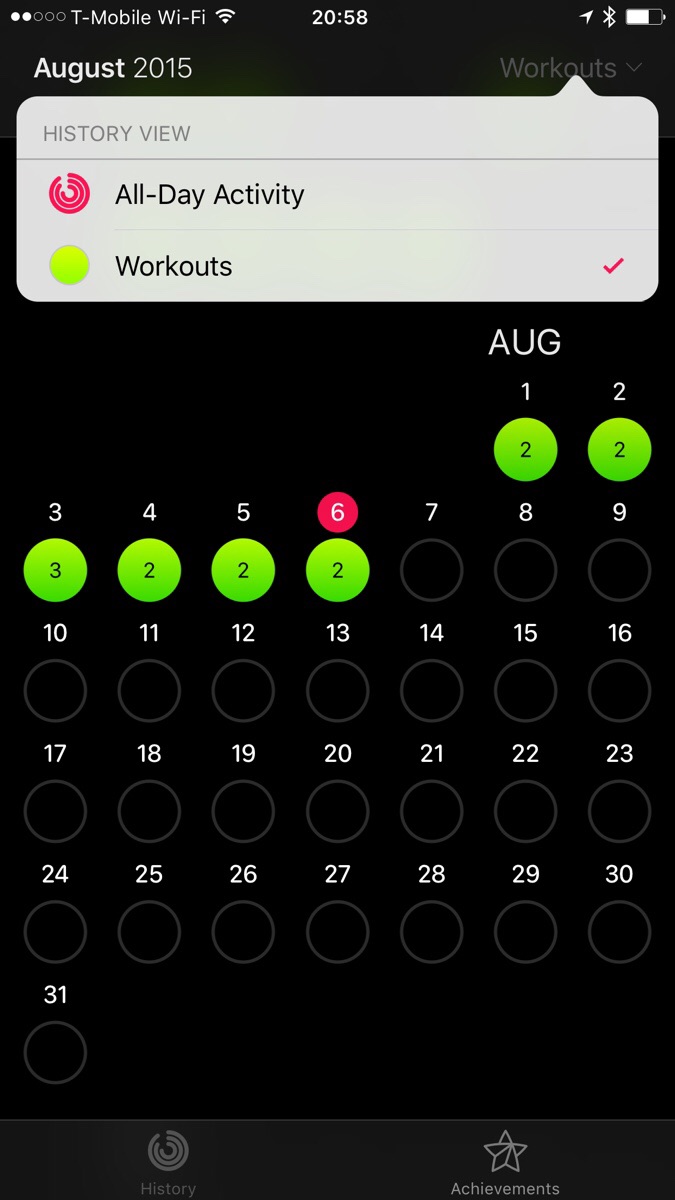