The iPhone 6s and 6s Plus launch is right around the corner and today we’re taking a closer look at Apple’s new Leather Case and Lightning Dock. These accessories are about as simple as it gets, but keep that Apple vibe going on if that’s what you’re going for…

First up is the new Lightning Dock. This isn’t the first we’ve seen of Apple’s Lightning Dock, which we reviewed four months ago, but it’s the first time we’ve had one color-matched to a phone. Not only that, but they are now made with anodized aluminum and have a bit of extra weight, which helps keep them sturdy on a table. Apple’s new Lightning Dock comes in four different colors including the Space Gray and Gold colors you see here, but it’s also available in Rose Gold and Silver. These colors directly correspond to the iPhone 6s color variation, though all but Rose Gold will mach other iOS devices as well.

With this dock, you’ll need to use the Lightning cable and power block that came along with your iPhone and plug it into the dedicated port on the back. Right next to that Lightning port you’ll also find an auxiliary output, which is super handy in case you’d like to hook it up to a stereo system. The iPhone sits a tad bit above the dock and at a slight angle thanks to the small white spacer below the Lightning connector and there’s also some rubber grip on the bottom to keep everything in place.

Check out our Apple Lightning Dock and Case review video below:

The good news is that these docks aren’t limited to the iPhone 6s. They will work with just about any iOS device with a Lightning port, but get a bit on the wobbly side if you throw an iPad on them. However, don’t expect to remove your iOS device with one hand: the dock is weighted, but not enough to keep down on a table when you pull your device off. They docks also work with a wide variety of cases, including Apple’s new Leather case for the iPhone 6s.

So what’s the deal with this “new” Leather case? Doesn’t it look exactly the same as the last one? Well, it’s technically different in dimensions to fit the iPhone 6s and its slightly thicker body, but no need to worry, as it’s totally backwards-compatible with the iPhone 6, and has a snug fit there as well. The case comes in a wide variety of colors available from Apple’s Online Store and there’s also the Silicone Case variation if leather isn’t your thing. 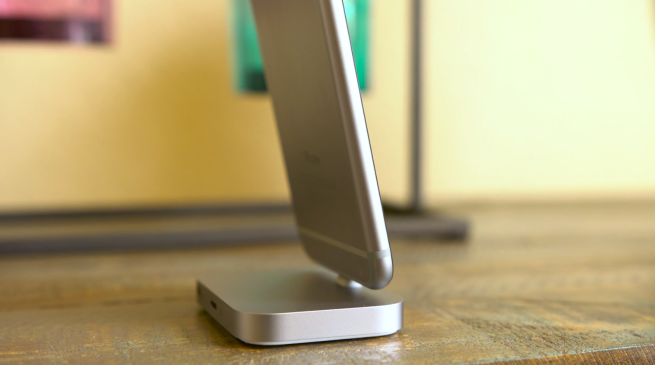 These cases are made from real leather and are obviously designed to fit your phone like a glove. There’s also a slight lip around the outside of the case, which will keep your screen safe if you lay it on a table face down. On the backside, there’s a narrow cutout for the camera and flash, and along the bottom edge is where you’ll find an opening for the speaker, microphone, headphone jack, and Lightning connector. This case keeps a rather slim profile and completely covers up the volume and lock buttons as well. 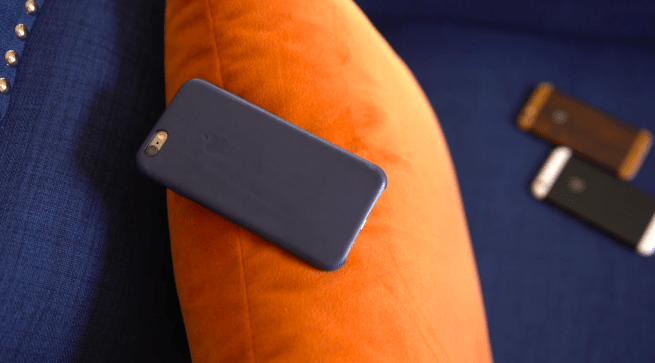 Obviously, nothing is thinner than a naked iPhone, and I’m a fan of either the naked look or a skin that keeps the iPhone scratch-free, while avoiding the bulk of a case. But I have an addiction to these simple leather cases from Apple. I’m a big fan of the gold and Midnight Blue combination, and the Lightning Dock is just about as simple as it gets as far as docks go. They’re both exceptionally well-built and nice to have, but will set you back between $45 and $49 each. That’s a bit much if you ask me, but if you gotta have that Apple stuff, you gotta pay for it. Of course, there will be a wide selection of third-party cases coming out over the coming months, so if these aren’t in your budget (or taste), you’re bound to find something.