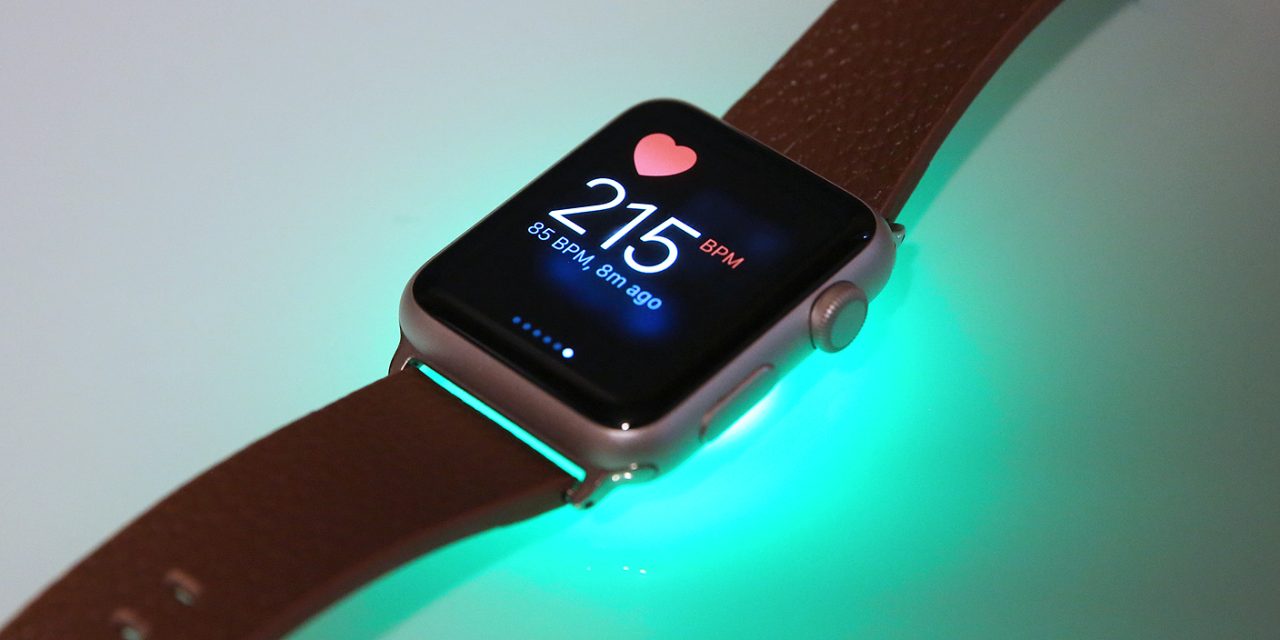 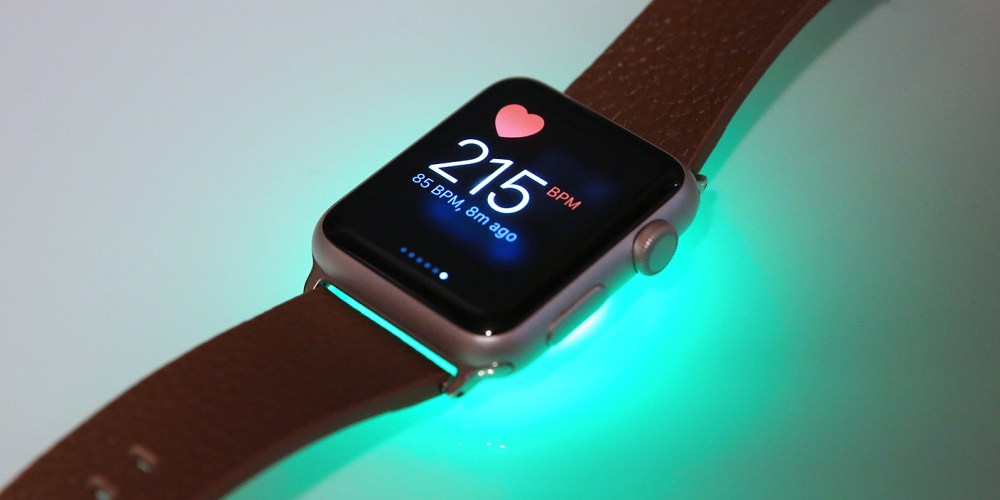 Whenever someone asks what I think of my Apple Watch, I explain that I like but don’t love it, and wouldn’t recommend it to everyone… yet. “In two or three years,” I say, “they’re going to be common, but right now, they don’t feel necessary.” Nice, yes. Necessary, no.

Last week, my life changed. Shortly after our kids went to school, my wife stopped breathing in our home. I was able to get her breathing again, and thanks to 911 and outstanding EMTs, she survived to be diagnosed with Brugada Syndrome, a rare heart condition that typically goes undetected before a massive, fatal attack. Once Brugada was suspected, doctors looked for records of her heartbeat, but couldn’t find much on file. Between ER and ICU visits, I remembered that her iPhone’s Health app contained three months of heart rate data, because her Apple Watch had been passively recording it. But would that data actually be useful?

A report earlier this year said Apple has wavered on adding irregular heart rate reporting and other health functionality to the Apple Watch, fearing additional governmental regulation and/or liability for potentially inaccurate results. Given what my wife just went through, I have a newfound appreciation for the Apple Watch’s existing heart rate sensor, and a strong request for Apple: be bold on expanding Apple Watch’s health features, as well as its ability to be continuously worn. It’s nice for a watch to estimate calories burned after a workout, but merely having advance notice of her irregular heart rate could have prevented my wife’s near-death experience, and who knows how many other lives better sensors could save…

Currently, the Apple Watch measures a wearer’s heart rate at least every 10 minutes, attempting to record a simple piece of data: number of beats per minute. While the Watch’s heart rate sensor isn’t perfect, it’s pretty close. It’s better than what most people have access to in their homes (nothing), plus it’s constantly being worn, and thus taking tons of readings that can be compared over time. I’ve personally used my Watch’s heart rate Glance more than I’d ever anticipated, looking at it when I’m under stress to see how my heart’s holding up. If I’m at my desk and start getting into the 130s or 140s, I know I need to do something to calm down. 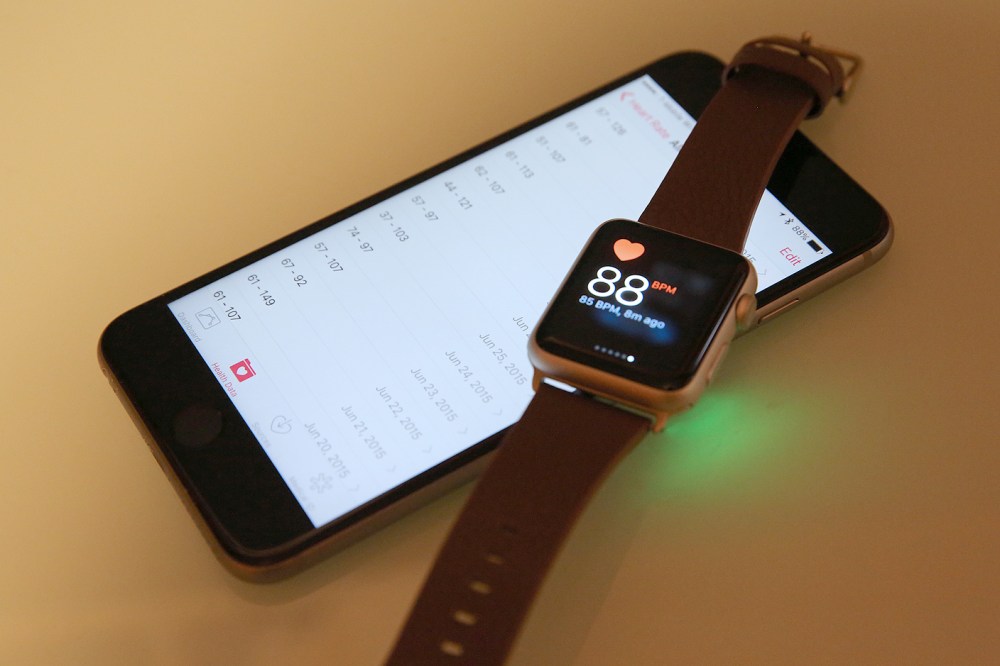 According to the EMTs, my wife’s heart rate went into the 240s when she was in their ambulance last week, requiring two defibrillating shocks to “reset” her heart. She notably wasn’t wearing an Apple Watch at the time. Why? After three months, she wasn’t getting any obvious value out of using it, and just left it on its charger all day, so we sold it. It was great that her Health app contained some heart rate data, but since she always took the Watch off when she showered — the time when she typically began to experience symptoms doctors later associated with her heart condition — it was missing a key piece of the puzzle.

Understanding why people stop wearing Apple Watches should be critical for Apple. I can say that several things interrupted the bond that was developing between me and my Watch: a lack of Sport Band comfort (remedied by replacing it with a Milanese Loop), buggy/laggy watchOS software, and too few things to actually do with the Watch. Although those were all contributors, daily recharges and a lack of guaranteed waterproofing have been bigger issues for me. I would like to wear the Watch when I shower and sleep, but as it is, I don’t feel comfortable doing either of those things. My wife tells me that she found her Watch too redundant with her iPhone, and not feminine enough, which combined to make her stop wearing it. Adding gold and rose gold aluminum Sport models may help somewhat, but addressing the functional issues would certainly bring more Watch customers to the table.

Improving the Apple Watch’s health sensors would ultimately be the product’s killer — perhaps better put, “death-defying” — feature. Having a fashionable, versatile watch with the ability to passively look out for heartbeat irregularities would be huge for a large group of people, so long as it wouldn’t need to be removed from the wrist as often as the current model. Obviously, the Apple Watch couldn’t take the place of a pacemaker or defibrillator, bringing the heart back to normal, but it could provide advance warning that such a device, similar medication, and/or lifestyle changes were necessary. 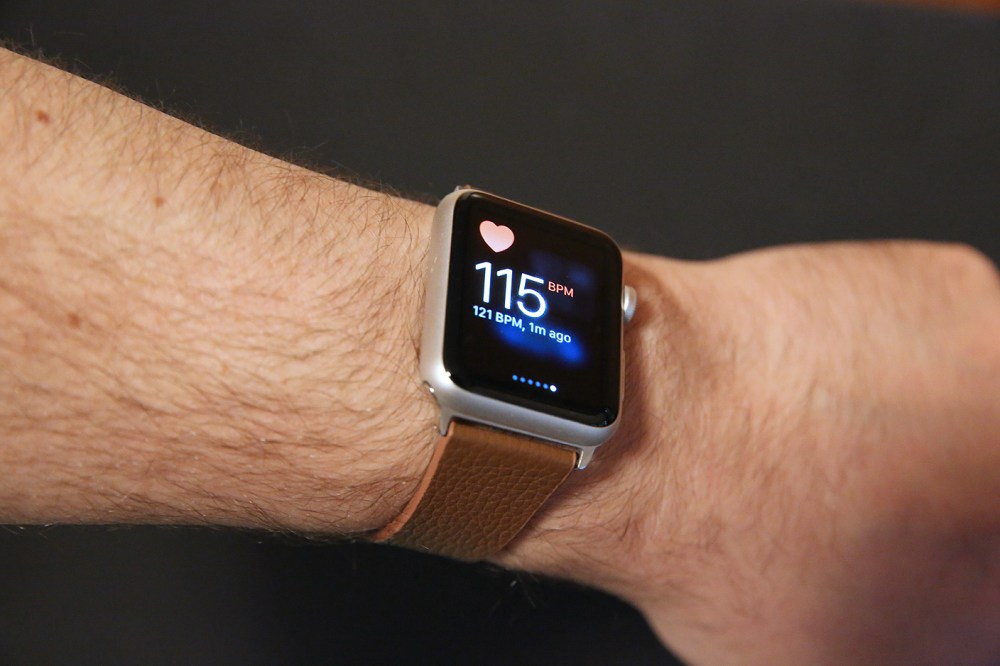 As of right now, the first-generation Apple Watch still needs help on both the hardware and software sides. But even if few of the Watch’s features have been executed with the depth they really need, I’m increasingly comfortable with the focus Apple chose for the device. With a handful of improvements, I’m certain that Apple will win some additional purchases from my household, as well as many others. And it will probably go from assisting with exercise to quantifiably saving some lives along the way.