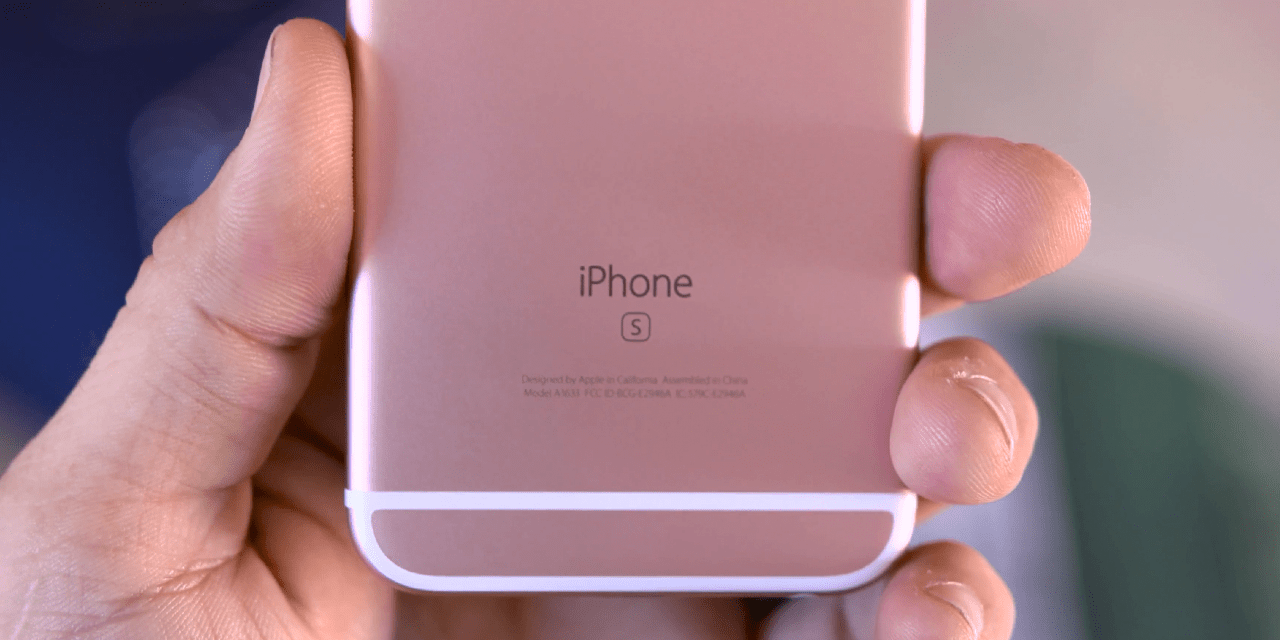 This year’s iPhone launch week is over, so the earliest 13 million or so adopters are already playing with and forming opinions on the new iPhone 6s and 6s Plus. Past history suggests that Apple will sell over 100 million of these phones over the next year or so, which means that there are a lot of people still deciding on which model to buy.

If you’re still on the fence about buying one of Apple’s latest and greatest smartphones, there are a few important things you need to know. On the surface, the iPhone 6s and 6s Plus look nearly identical to their predecessors, as we’ve come to expect with “s” models, but there’s a lot of new tech inside that makes these models different. Will any of the changes justify this purchase for you? Or will you be better off with last year’s (now cheaper) iPhone 6 or iPhone 6 Plus? Let’s find out…

If your plan was to strut around town hoping people would notice your shiny new iPhone 6s, that likely won’t be the case, since this year’s model looks just like its predecessor. There’s a small awkwardly placed “s” on the backside to remind you just in case, but if you really want people to know you’re rocking a new iPhone, your best bet is to pick up the new Rose Gold color option. If you don’t care for that new color, you can spice things up with a case or a skin to keep it minimal.

If you’re hoping for big changes, this isn’t the year for them. The iPhone 6s and 6s Plus story is really about a collection of small details and a few stand out features.

Check out our iPhone 6s and 6s Plus review video below:

Let’s start with performance — these new iPhones are crazy fast. Inside you’ll find Apple’s latest A9 processor and 2GB of RAM, which may sound like less than some other phones, but Apple’s RAM management is absolutely phenomenal. Benchmarks show very promising results and overall, performance alone may be enough incentive to upgrade if speed is what you desire. Everything is very smooth and apps run like a champ with the new processor. That said, last year’s iPhone 6 is still a fast phone, and happens to be cheaper now.

As for size, the iPhone 6s Plus is much better when it comes to playing games, watching videos, browsing the web, and pretty much anything else you’d expect out of a larger screen. Personally, I prefer the smaller form factor of the iPhone 6s, even if the battery life and resolution take hits by comparison.

While the screens on these new iPhones are the same as last year’s, the touch technology behind them is much different. This year Apple has introduced a new 3D Touch feature that will actually detect the amount of pressure applied to the screen with your finger, and trigger various actions. With 3D Touch, you can tap on the display for standard actions, but you can press into the display for more features. Think of this as three options: a tap, a soft press, and a hard press, all of which can do different things depending on the pressure applied and where the action is taking place. Recently, we put together a video rundown of the best 3D Touch features available and if you’d like to check that out, you can find it embedded below.

Not everything with 3D Touch is amazing at the moment, but I do have some favorites. For example, you can get quick access to app-specific features with a hard press on the icon, which I enjoy using with a select few apps — not many third-party apps are compatible yet, but more are rolling out each day. You also have the ability to 3D Touch the keyboard when typing. With a soft press, you can use the keyboard as a trackpad to move the cursor around the screen, and with a hard press you can easily select text from a line.

Another one of my favorite features is quickly previewing links and other items. The same rules apply here: 3D Touch on a link to open a small preview window, then you can press even harder to pop it open into full browser mode. Apple calls this Peek and Pop, and it’s quite useful in some situations. It can also be used in places like the Photos app, Calendar, Messages, Notes, basically anywhere that there’s a list style view of items. In most cases, it’s not incredibly faster to use this feature, but it’s handy nonetheless. 3D Touch has potential for sure, but don’t let 3D Touch be the main reason you upgrade — at the moment, without mainstream app support and innovative uses, it’s not worth the hype. This will happen in time, but trust me when I say that it’s not here yet.

Well, if 3D Touch isn’t worth the upgrade, certainly the camera must be, right? The iPhone 6s and 6s Plus both feature an all new 12-megapixel still camera this time around, which also shoots up to 4K video, but you’ll only get optical image stabilization on the iPhone 6s Plus. Luckily, the iPhone 6s does utilize digital stabilization with 4K video to keep everything smooth, but it won’t work like OIS does for low light photos. The new camera also shoots higher resolution Slo-Mo video at 120 frames per second in 1080p, which is great but not a huge selling point. Photos are natural-looking and can definitely look good, especially if you’re willing to do a little editing work. Apple’s photos aren’t as sharpened or saturated as other smartphone cameras on the market, for better and for worse.

Check out our 4K video test below:

Here’s the problem: this is probably the first year where Apple’s upgraded camera didn’t whip the pants off its Android competitors. Apple’s new sensor is great, and the photos are totally nice, but in direct comparisons, they fall short of rivals such as Samsung’s Note 5 and Galaxy S6. Why? Apple’s photos are now flatter in color, so you’ll need to edit them to make them look as good as the pictures Samsung’s cameras snap without processing. You can see the differences yourself in my Galaxy S6 and Note 5 reviews. Don’t get me wrong, iPhone 6s photos and video are super crispy, but if I had to choose just one camera to bring with me, the 12-megapixel iPhone 6s camera wouldn’t beat out its top competitors in overall quality.

Check out our iPhone 6s/6s Plus camera gallery below:

On both of the devices, there’s a 5-megapixel camera above the display with 720p video recording capabilities and a flash, but it’s probably not the kind of flash you’re thinking about. Apple calls this feature Retina Flash. According to Apple, there’s a special display chip inside that helps detect the ambient light around you, then matches the tone with a flash of the display that’s three times brighter than usual. I probably won’t use it much, but it’s pretty handy when you need it.

Speaking of camera features, Apple has a new Live Photos feature which is pretty neat, but not something I’ll use often. It will allow you to take a normal photo, which can then be brought to life (with audio and 3 seconds of surrounding low-res, low-frame-rate video) by using 3D Touch. You can share these Live Photos and even set them as wallpapers, though you’ll have to 3D Touch on the lock screen to see any movement from them. It’s a cool feature for some people, just not for me really. 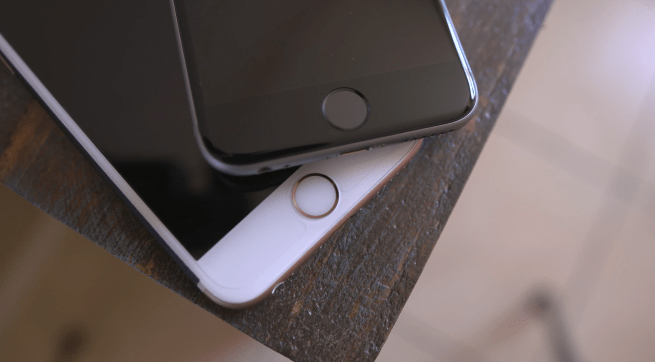 Touch ID improvements are also a big part of the iPhone 6s and 6s Plus. It’s actually twice as fast over last year’s model and you can really tell the difference. Gone are the days of quickly pressing the Home button to view your notifications — it’s that fast. If I just want to check my notifications now, it’s much easier to use my knuckle to press the Home button, or simply use the Sleep/Wake button on the side of the phone. Once again, the Touch ID improvements aren’t really a reason to buy the iPhone 6s or 6s Plus, but they’re nice.

If all of the reasons mentioned in the video aren’t good enough to warrant buying the new iPhone, surely battery life has improved this time around, right? Nope. It’s actually about the same as last year’s, which is cool if you think about all the extra tech packed inside, but there’s no revolutionary break-through on battery performance here. I struggle to get a full day from the iPhone 6s, while the 6s Plus definitely can last a day and then some. That would be great run time, but I’m just not a fan of how large the Plus model is. It’s not right for me.

So we’ve basically covered everything that would make the iPhone 6s and 6s Plus a worthy purchase or upgrade over its predecessor, but somehow, it doesn’t add up to enough in my book. 3D Touch is cool, the camera has been bumped up, and you definitely won’t find a pink iPhone anywhere else, but none of these reasons scream “must upgrade” to me. I’ve heard it said elsewhere that the iPhone 6s and 6s Plus might be worth buying because all of their small improvements collectively make for a large year-over-year change. But after testing both phones, I’d say that the small improvements start out exciting but quickly begin to feel underwhelming. This isn’t a case of many small things adding up to one big thing, but rather, many small things feeling small. 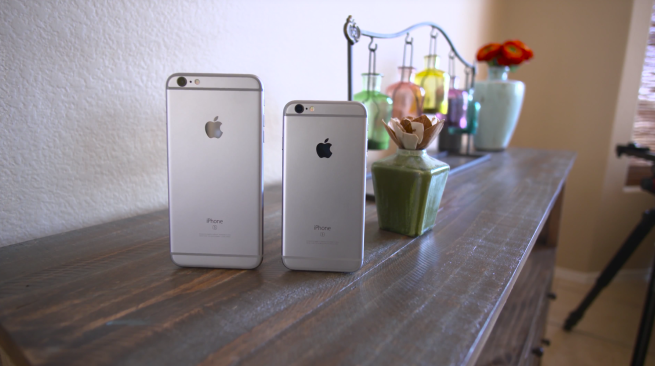 If you’re not familiar with my past work, I have over 1,000 review videos online, and have tested nearly every flagship smartphone across the iOS and Android ecosystems. I currently have all of this year’s flagships in my personal possession, which lets me do direct comparisons between the performance of iPhones and their rivals. For this review, I purchased iPhone 6s and iPhone 6s Plus units with my own cash for testing, so I know what it’s like to spend money on phones and need to decide whether to keep them or sell them. My feeling is that unless you’re rocking a 5s or anything lower, I’d save my money and wait. If you don’t currently have an iPhone, these are pretty nice, but so are last year’s models and they’re cheaper now, too. Don’t get me wrong, I’m all for improvements and these new devices are very fast. But unless you’re easily satisfied with incremental upgrades, the iPhone 6s and 6s Plus won’t deliver the “huge” smartphone upgrade you may have been waiting for.