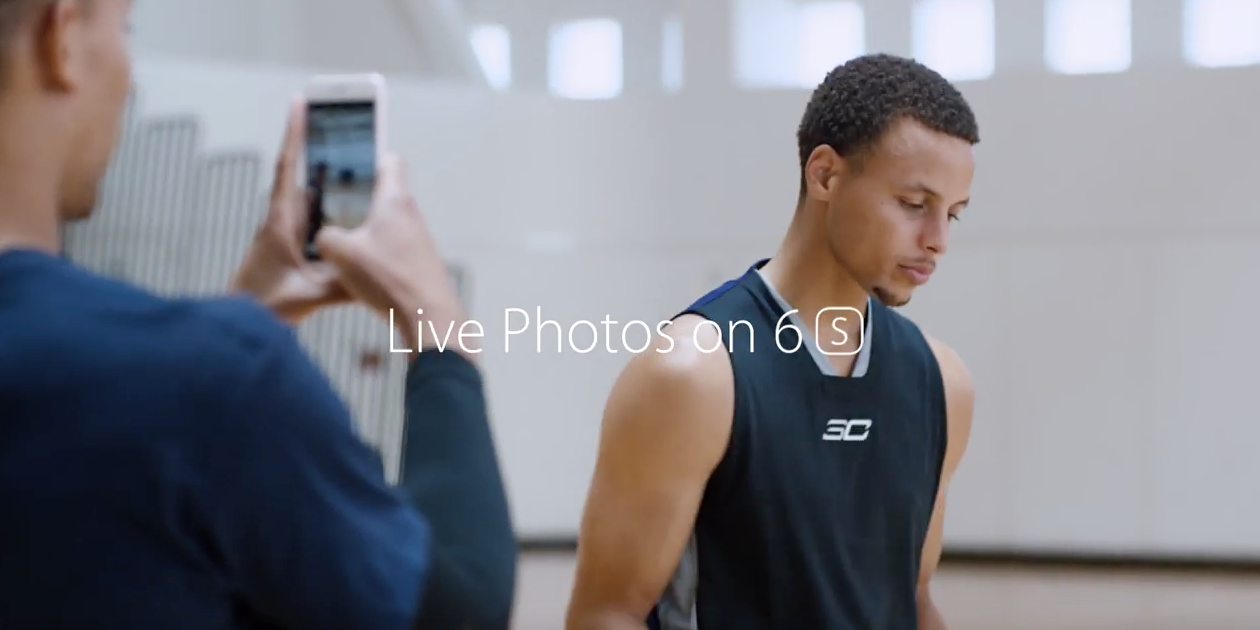 The ad shows Curry shooting a half-court shot while a teammate watches and snaps a photo right after Curry releases the ball. The two then use the Live Photos feature of iPhone 6s to view the image. Live Photos is the iPhone 6s capability that automatically records a short snippet of time before and after taking the actual image. In this case, it allows us to see Curry’s release as well as his reaction when the shot goes in.

Yesterday’s ads showed off the “Hey Siri” and camera features of iPhone 6s. Curry also made an appearance in one of these, using the slo-mo recording capabilities of the device.

You can view today’s new ad entitled “Half court” below: