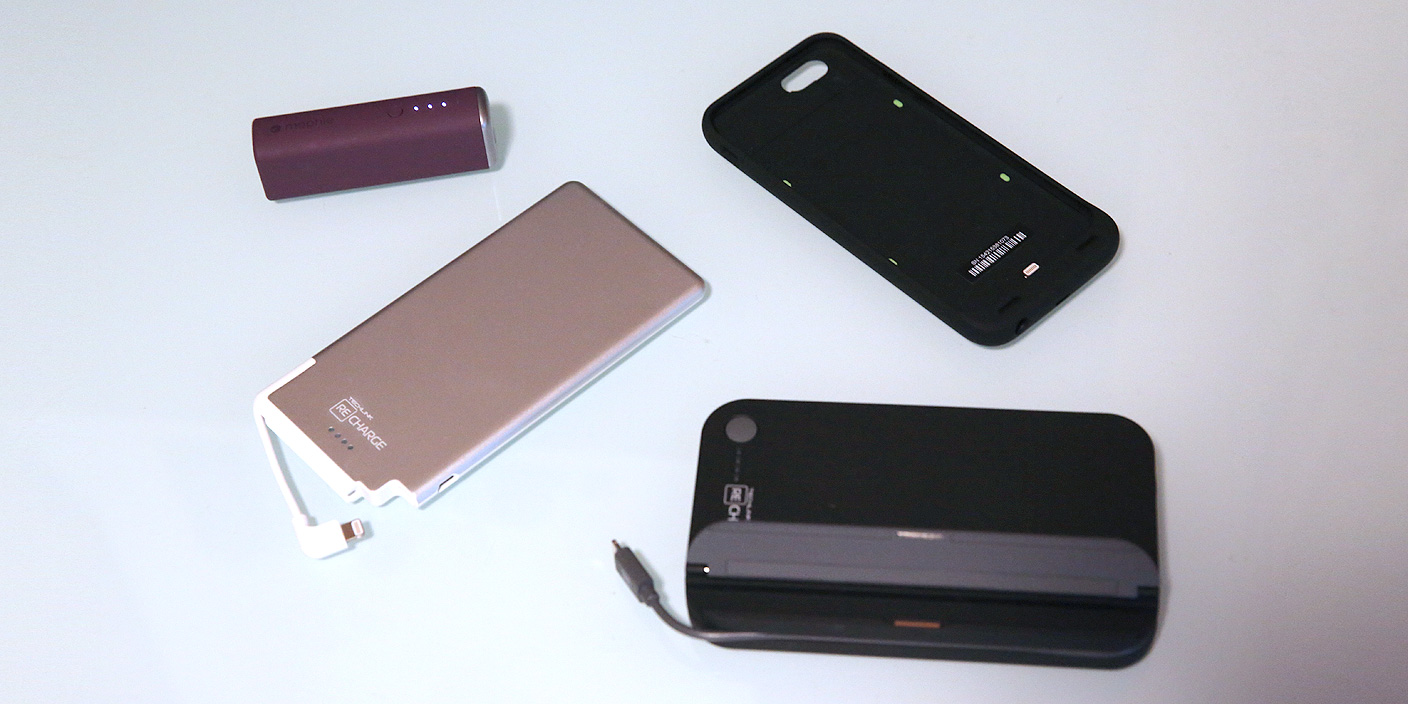 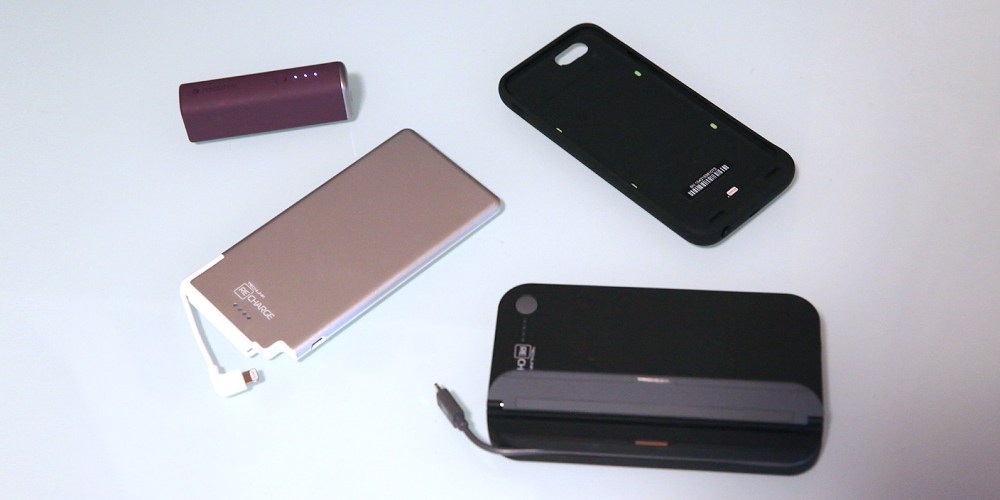 Mophie has officially released Juice Pack Reserve for iPhone 6s and iPhone 6 ($60), officially guaranteeing compatibility with both versions of the 4.7″ iPhone. Juice Pack Reserve is a form-fitting battery case promising over 60% extra battery life with an 1,840mAh integrated cell. It features built-in button protectors and a very small “chin” for audio and charging. Power Reserve 1x ($35) is a device-agnostic, 2,600mAh battery shaped like a large pack of gum, reliant on a self-supplied Lightning cable to charge your iOS device. Each Reserve battery is available in 5 soft touch rubber colors, and comes with a micro-USB to USB cable for recharging.

U.K.-based TechLink has launched Recharge 5000 ($90) and Recharge 12000 ($120), Lightning cable-equipped batteries for the iPhone 6s Plus/6 Plus and iPad mini/iPad Air, respectively. While each battery works with other Apple devices, the partially aluminum Recharge 5000 is specifically pitched at iPhone 6/6s Plus users, as it’s bundled with a leatherette carrying case that holds both the slim 5000mAh battery and either 5.5″ iPhone, promising a 1.2X recharge. Made entirely from plastic, the dual-port Recharge 12000 has iPad-ready 2.4-Amp power and a really nice built-in stand that holds an iPad on a recline while it’s charging. Capable of delivering at least one full recharge to any recent iPad, the 12,000 mAh battery also includes a zippered carrying case. Each has a micro USB cable for recharging.