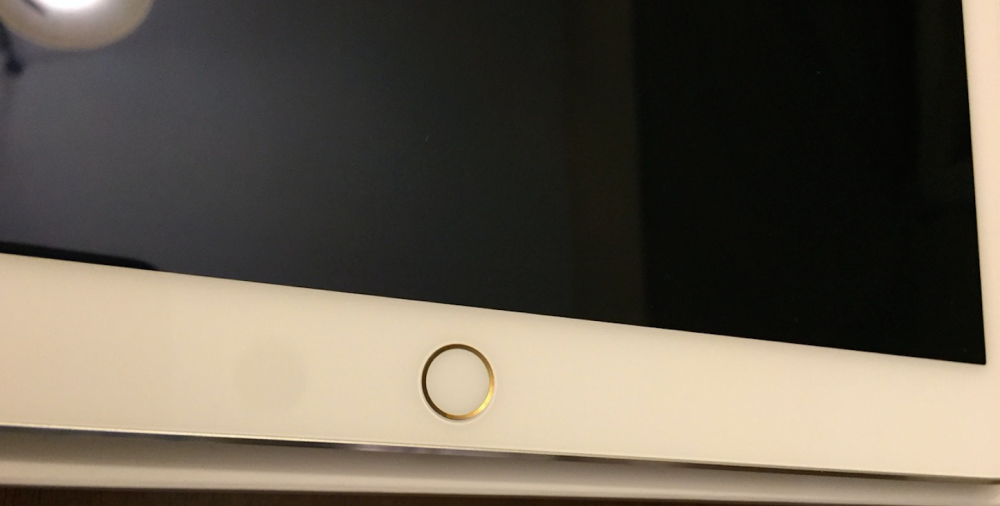 iPad Pro officially launched last week to the public after initially being announced back in September. The device launched in Apple’s standard trio of color choices, as well: silver, gold, and Space Gray. As with all Apple products, the Touch ID ring found on the Space Gray model is black, while the ring is gold on the gold model and silver on the silver model, just like you’d expect. At least one user, however, has received an iPad Pro with a different color combination…

A 9to5Mac reader has shared the above image and the video blow that both clearly show a silver iPad Pro featuring a gold Touch ID ring. The reader purchased his iPad Pro through AT&T with LTE and 128GB of storage. Everything else about the iPad is correct – the back is silver, the edges are silver, and the iPad Pro shown on the box is silver with a silver Touch ID ring.

When our reader contacted Apple about the problem, they told him it’s an “extremely rare” manufacturing error, but that he would need to go through AT&T to get a replacement. Likewise, AT&T also claimed it was a rare production issue and even told him that he could get a lot of money for it on eBay.

We’ve yet to see any other instances of this issue, making it all the more interesting as to how this could have happened in the first place. In the end, our reader, Nick, decided to hold onto his unique silver iPad Pro with a gold Touch ID ring. If you ask me, it’s a pretty cool “manufacturing error” for a device to feature and actually looks really nice.

Below is a video of Nick’s iPad Pro: