Volvo intially signed on to support CarPlay as soon as Apple launched its in-car infotainment system in 2014. Since then, however, the automaker has been eerily quiet on its CarPlay plans, not announcing when it would start shipping models that supported the software. Today though, Volvo has announced that CarPlay is now available in its 2016 XC90.

CarPlay is available to both current and future XC90 crossover owners. Starting today, when you plug your iPhone into the car’s USB Port, part of the Senus touchscreen will transform into CarPlay. Since the XC90 features a large 9.0-inch display, CarPlay only occupies the bottom half of the display. The top half remains the same as to allow users to access required vehicle functions.

If you currently own a XC90, you’ll have make a trip to the dealer to get the software in your car updated. Volvo says that the update via a dealer should take no more than an hour. If you’re purchasing a new XC90, Volvo says the CarPlay addition will be available for a “small cost,” but wouldn’t elaborate any further.

Below is a video by Volvo showing off how CarPlay is integrated into the Sensus touchscreen. CarPlay, of course, allows users to interact with their car via Siri and touch in a familiar iPhone-like interface. Watch the video below: 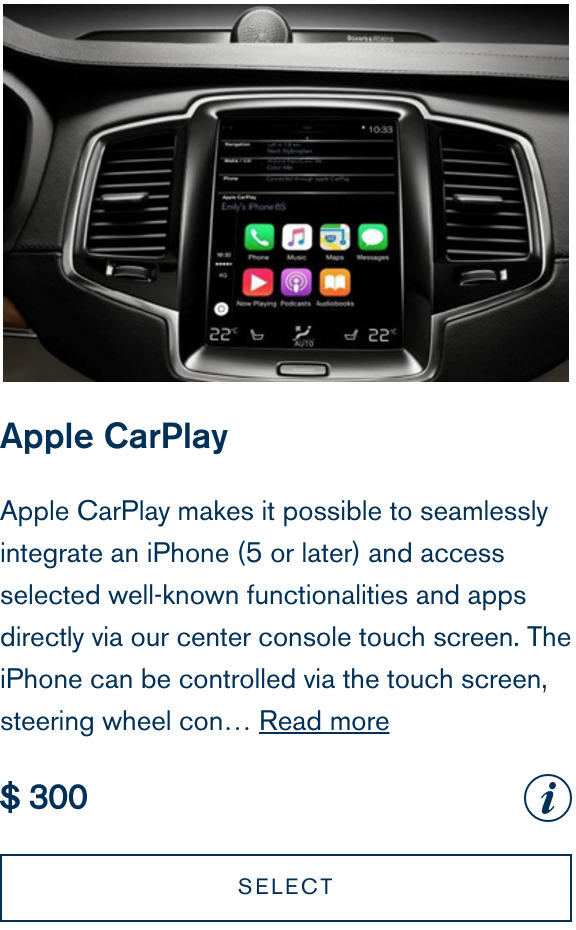