AT&T is quietly offering buy one, get one free deal on the iPhone 6s 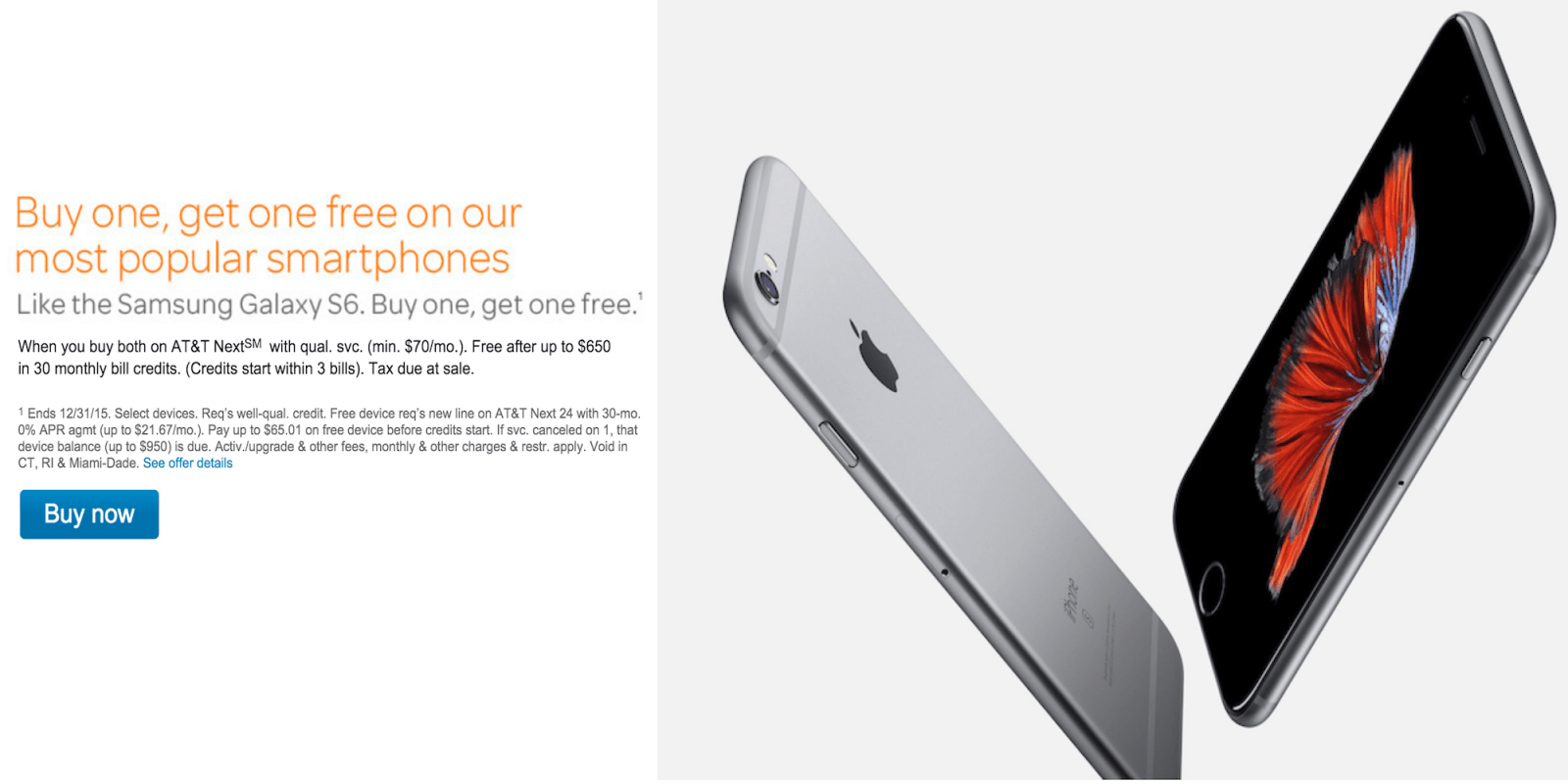 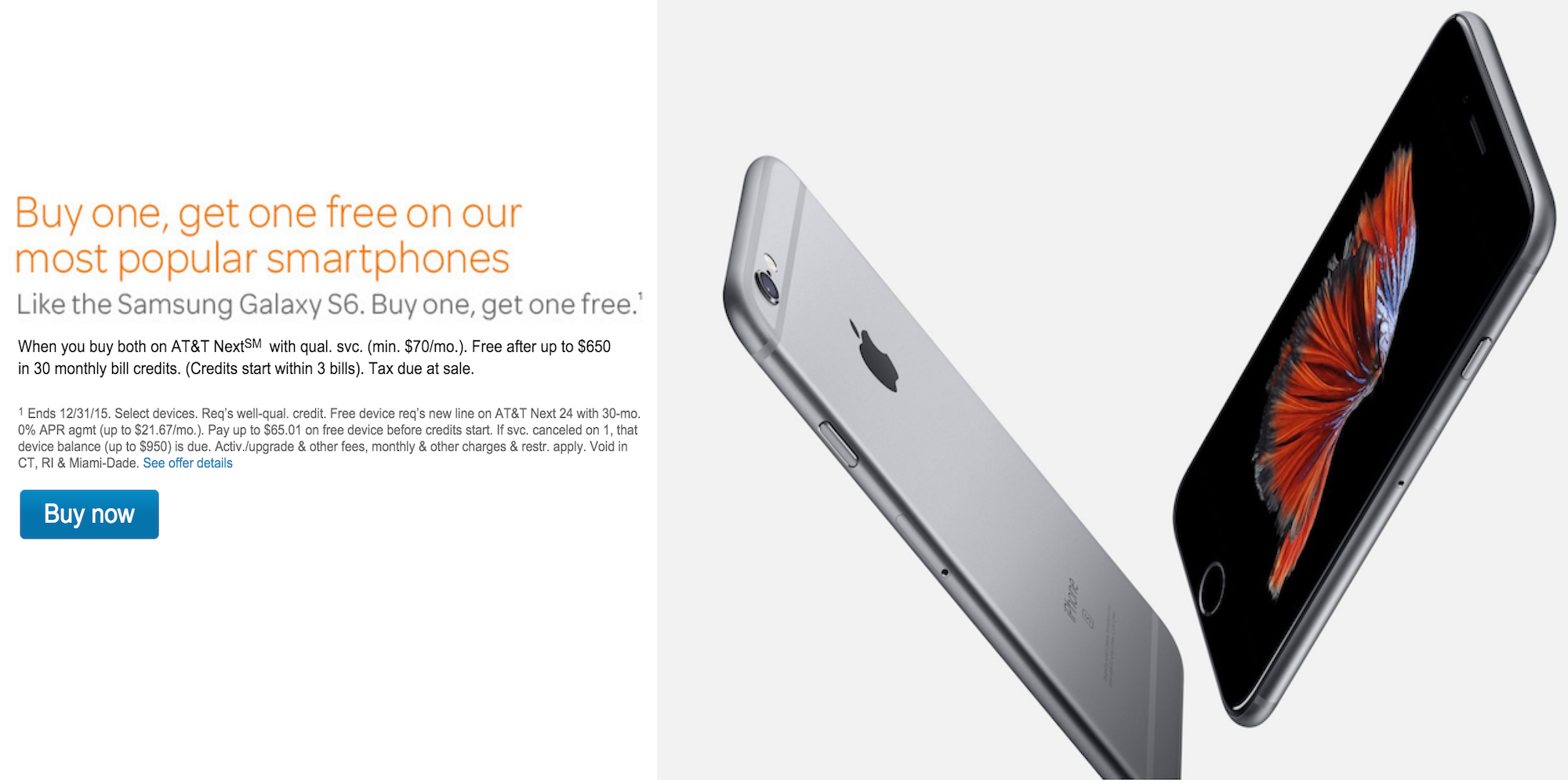 AT&T is offering a buy one, get one free deal currently on many of its popular smartphones, and while it’s not listed likely due to Apple, we’ve learned that iPhone 6s is actually eligible.

You won’t find any mention of iPhones in AT&T’s advertising for the deal— in fact, it’s promoting the Samsung Galaxy S6 as the standout device for the deal— but we’ve confirmed with AT&T reps that iPhone 6s is also included and eligible for customers to include in the offer.

Not surprisingly, the deal will require AT&T Next, it’s monthly financing plan, and you’ll need to keep service with AT&T on the devices for at least 30 months to get the free device via bill credits that kick in after three months. The fine print:

But if you already plan on staying on AT&T Next for a while, and you’re looking to buy some iPhones (or  eligible Android devices), the deal will get you two units at a price you’ll be hard-pressed to beat elsewhere.

And while it looks like you can’t take advantage of the deal online, we’ve been assured that you can indeed use it for the iPhone 6s if you call in over the phone or head to an AT&T store in person.

The deal will end December 31st, so you have a couple more weeks to take advantage of the BOGO offer.