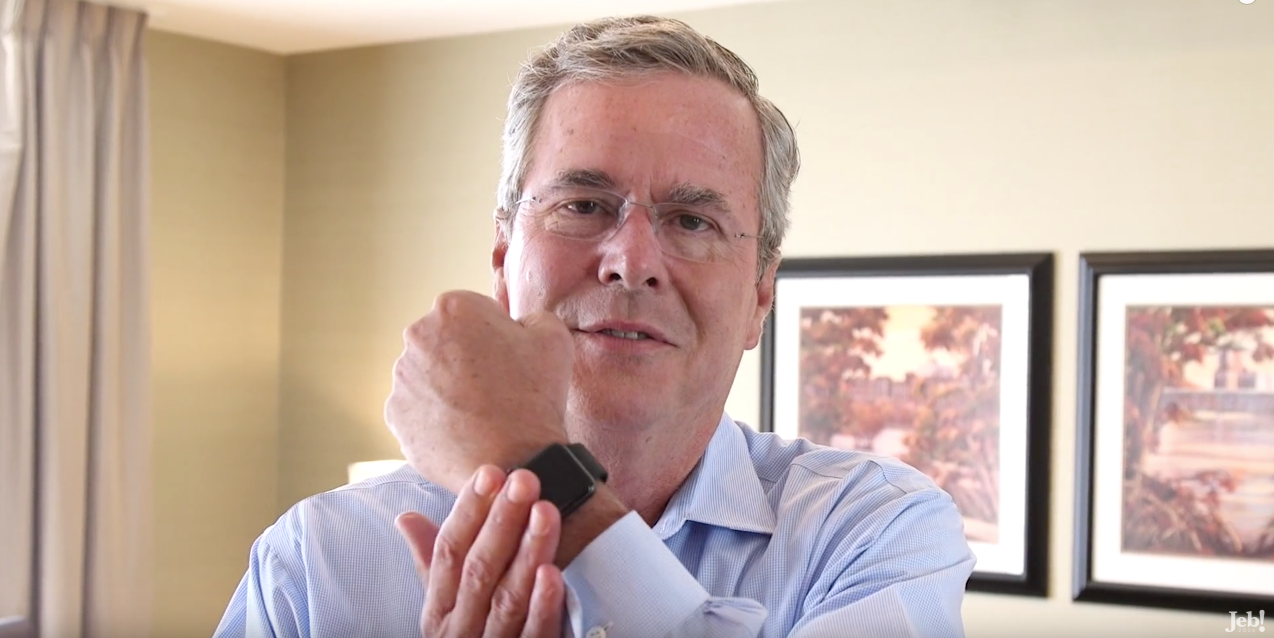 Republican presidential candidate Jeb Bush has long voiced his support for Apple products. Earlier this year, he praised the health features of the Apple Watch, saying that it does a better job at health management than Obamacare. Jeb! later posted a video of his Silicon Valley favorites, voicing his support for iPhone over BlackBerry and MacBook Pro over iPad, while showing off his Apple Watch. Now, however, in a quick interview with Business Insider, Bush has become somewhat critical of the Apple Watch…

Asked for his thoughts on the product, Bush explained that it’s not as intuitive as other Apple products are. “It requires a lot more work than it needs to. It’s not as intuitive as other Apple products,” he explained. He went on to note that the battery life is nowhere near as good as it should be, but said he has faith that Apple will improve it and make it easier to use over time. Ultimately, he said that until someone comes out with something better, he’ll continue to use it. Bush did call it the “iWatch” several times, however, so that begs the question of whether or not we should trust his opinion.

Jeb! then went on to list some of his favorite iPhone apps. The candidate’s picks include CBS Sports Fantasy, AP, Kayak, Kindle, and The Wall Street Journal. View the full video below: