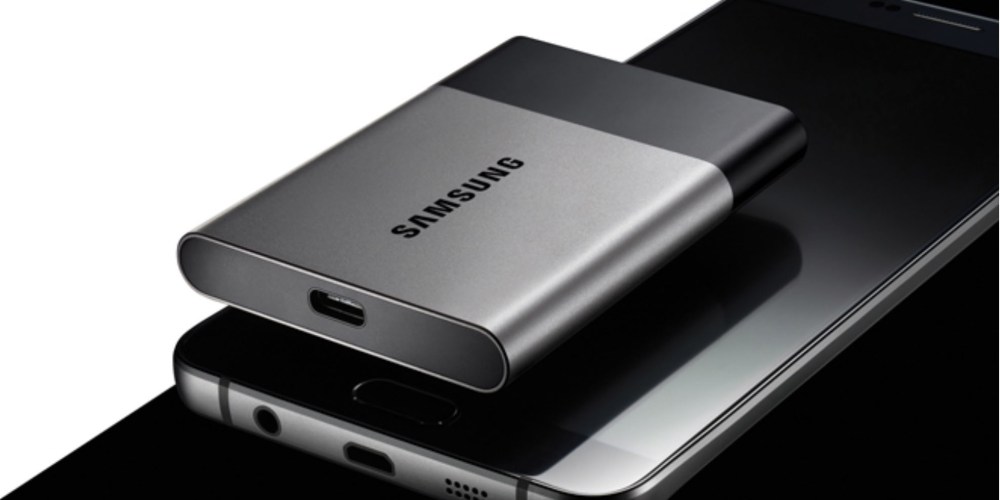 Following up on its popular T1 solid state drive (SSD), Samsung today announced the Portable SSD T3, a tiny, shock-resistant sequel boasting faster speeds and a wide range of capacities. Unlike the T1, which used a USB 3.0 interface, the T3 uses USB 3.1 Type C connectors, which means it’s ready for direct connection to the latest 12″ MacBooks.

T3 also boasts read and write speeds of up to 450MB/second — much faster than typical external hard drives, and closer to the speeds of internal drives….

Offered in 250GB, 500GB, 1TB and 2TB versions, the Portable SSD T3 is billed as “smaller than an average business card” and weighs under 2 ounces, despite including a new shock-resistant frame capable of withstanding 1500G of force and 2-meter drops.

It will be available in February; pricing has not yet been announced.