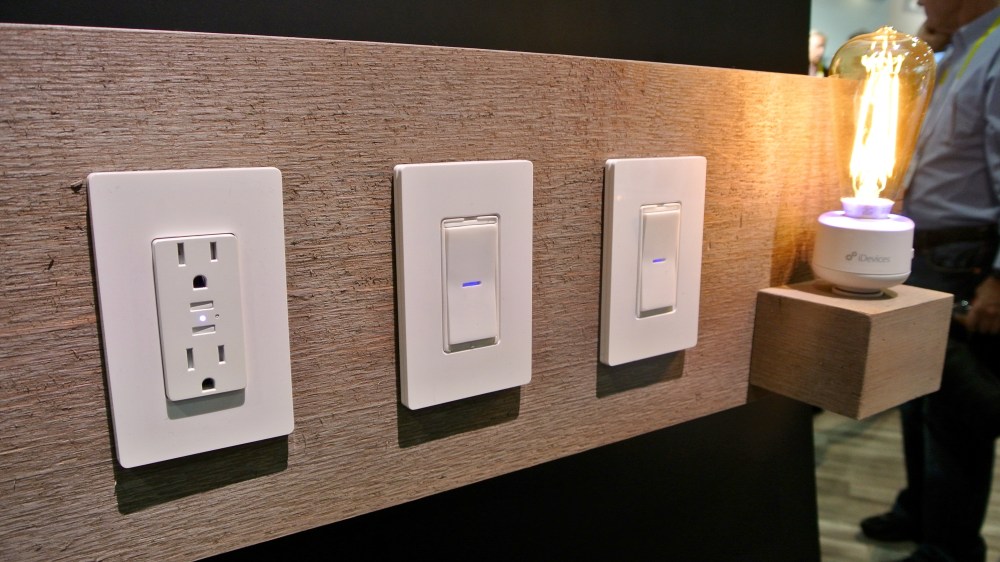 We’ve already seen some interesting new HomeKit accessories out of CES 2016 including the first Siri-controlled ceiling fans, and now iDevices is expanding its current lineup of HomeKit-compatible products with four new gadgets that make home automation even easier. The Apple accessory maker is showing off its new Socket, Wall Switch, Dimmer Switch, and Wall Outlet which will let you control and automate standard light bulbs and other appliances using iOS and Siri. iDevices already offers a HomeKit Switch and Outdoor Switch (plus Thermostat), and today’s newly announced gear includes hard-wired solutions and ways to turn any lightbulb into a smart lightbulb.

If you want to control your lights from iOS and Siri but don’t want to invest in expensive light bulbs with built-in Wi-Fi, iDevices Socket will connect between your current light socket and ordinary light bulbs. Socket lets you toggle lights on and off as well as change brightness levels, and a built-in nightlight on the unit can change colors as a bonus effect.

Finally, Wall Outlet is iDevices’ hard-wired solution for adding a smart outlet to your home. While Switch connects to the existing outlet and can easily be moved between rooms, Wall Outlet is a more permanent solution that looks like a traditional electrical outlet. It features two outlets which can be controlled individually, and Siri control and app automation for whatever you plug in.

Pricing details and specific release dates aren’t yet available, but we’ll keep an eye on this space throughout the year with updates when the new HomeKit gear is available.

iDevices says Socket is coming during Q1, Wall Switch and Dimmer Switch in Q2, and Wall Outlet in Q3 so each product should be available before the next holiday season.