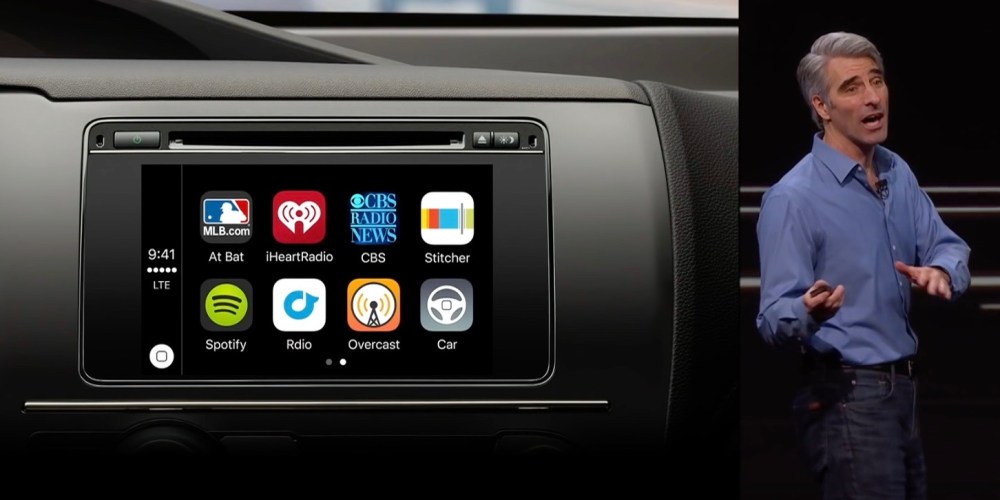 CarPlay in iOS 9 adds several new features including wireless connectivity over wired Lightning connections, but current cars don’t yet support the new protocol that offers the better experience. None of the new aftermarket displays from Pioneer, JBL, and others from this year support wireless CarPlay, and automakers like Ford and Chevy that are rolling out CarPlay support this year are focusing first on the wired experience and not talking about wireless yet.

CarPlay partner Volkswagen, however, apparently did plan to demonstrate their integration of wireless CarPlay with their concept infotainment system, but pulled the demo from CES this year at Apple’s request, Car and Driver reports:

“We wanted to demonstrate wireless CarPlay and the owner of CarPlay technology didn’t allow us to,” Volkmar Tannerberger, head of electrical and electronic development at Volkswagen, told Car and Driver.

While hunting the CES floor for any demos of wireless CarPlay this week, I ran into a couple of CarPlay engineers from Apple and asked if anyone was doing wireless yet. I’m generally happy with CarPlay these days aside from a few missing features like sending voice messages, but wireless CarPlay would greatly improve the experience and several readers have asked me about it. Their answer was that the protocol is out there and that it’s up to partners to use it, making the VW incident all the more curious.

Update: While VW and other automakers weren’t demoing wireless CarPlay, Visteon which products infotainment systems for BMW, Ford, GM, and others reportedly did have a demonstration of the feature. Notice the battery life indicator which we first noticed here.