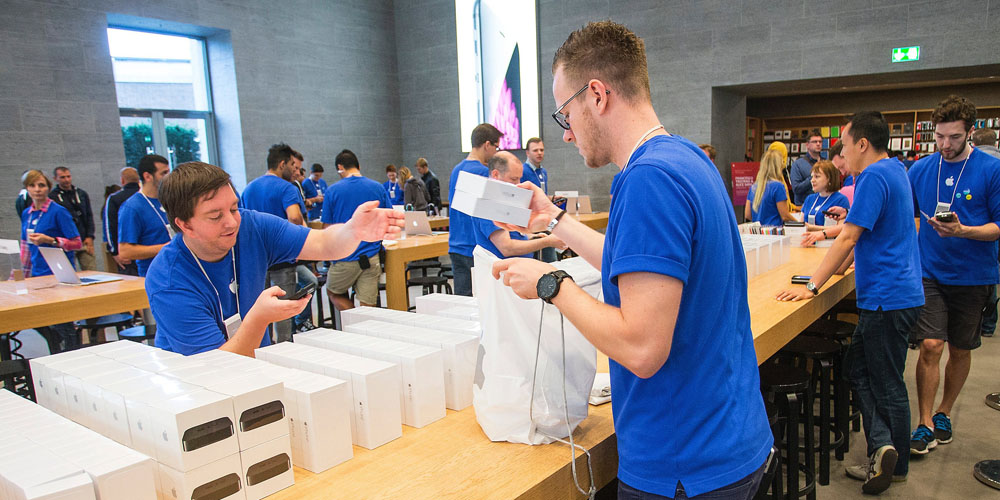 Apple Stores are not always pleasant places to be. Those beautiful empty store images we see in architectural renders and publicity photos don’t reflect the often over-crowded reality of too many people in too small a space. Apple Stores are in many ways victims of their own success.

But Apple’s retail stores have always had one thing going for them: you know you’re not going to be subjected to high-pressure sales techniques. Staff are not on commission, and Apple Stores have always been a place where it’s absolutely fine to go in just to play with the tech, get some help, ask for advice or attend a workshop designed to help you get more from your Apple hardware and software.

To me, that’s an incredibly important reflection of Apple’s ethos. The company wants to make great products, and it wants to help people get the most from them.

When the 12-inch MacBook came out, I wandered into the Apple Store in London’s Regent Street to take a close look at one. I was particularly curious about the butterfly keyboard, so wanted to spend a decent chunk of time typing on one to at least get some first impressions.

I spent about half an hour playing with it. In that time, a member of staff asked me if I needed any help, and I said no, explaining my reason for being there. I was completely upfront about the fact that I was very happy with my MacBook Air, and couldn’t see myself buying the new machine, I was just curious. “Oh, cool,” he said.

He shared his own view that it takes quite a while to get used to it, and we chatted about Apple tech in general for a few minutes while I typed away. When he was needed to help another customer, he wandered off, saying he hoped I got what I wanted from trying it out. Nobody else bothered me.

There was a time when all the other demo MacBooks were in use, so I stepped back to let someone else play with ‘my’ machine until others became free, and then resumed my testing on another one. At no point did anyone question the time I was spending there, nor try to sell me anything.

There have been quite a few times when I’ve been waiting a little while in an Apple Store, and I’ve sometimes spent the time eavesdropping on conversations with staff. What struck me was that staff were relaxed, friendly and almost endlessly patient in the face of sometimes dumb questions. Not once did I hear anything remotely resembling pressure to buy something.

You could argue that a reward system with free holidays to California isn’t the same as putting staff on commission. But it kind of is: it’s giving staff an incentive to sell products. Sure, that doesn’t mean they will necessarily start applying high-pressure sales techniques, but it does mean they may be a little less inclined to spend ten minutes explaining iCloud, or pleasantly passing the time of day with a customer who has no intention of buying anything, when they could be using that time to have conversations that might win them a holiday.

You could even argue that it’s actually worse than commission, as you’re encouraging pushy sales at the same time as ensuring that only the smallest handful of staff will benefit.

IMO, this is the worst of both worlds: Incentivizing pushy sales but not rewarding with $$ https://t.co/VFrvLfnHeG

That doesn’t strike me as the best recipe for retail staff morale. Especially if some of your staff feel that others are leaving them to do the grunt work while they gun for sales.

@genie_star @BobGrannyApple @benlovejoy Its already started. RZ hotheads saying they will ONLY be selling IUP, and passing off others

It’s not all bad. One of the metrics Apple will be employing in the program is customer satisfaction. But I do feel that rewarding sales at all is a step in the wrong direction, and one that has the potential to do a disproportionate amount of damage to the company’s reputation.

Or am I taking it all too seriously when it’s just a bit of harmless fun that will have little to no effect on the way Apple Store staff interact with customers? Take our poll, and please share your views – and your experience of interactions with retail staff – in the comments. We’d also love to hear from some of those who work in Apple Stores.