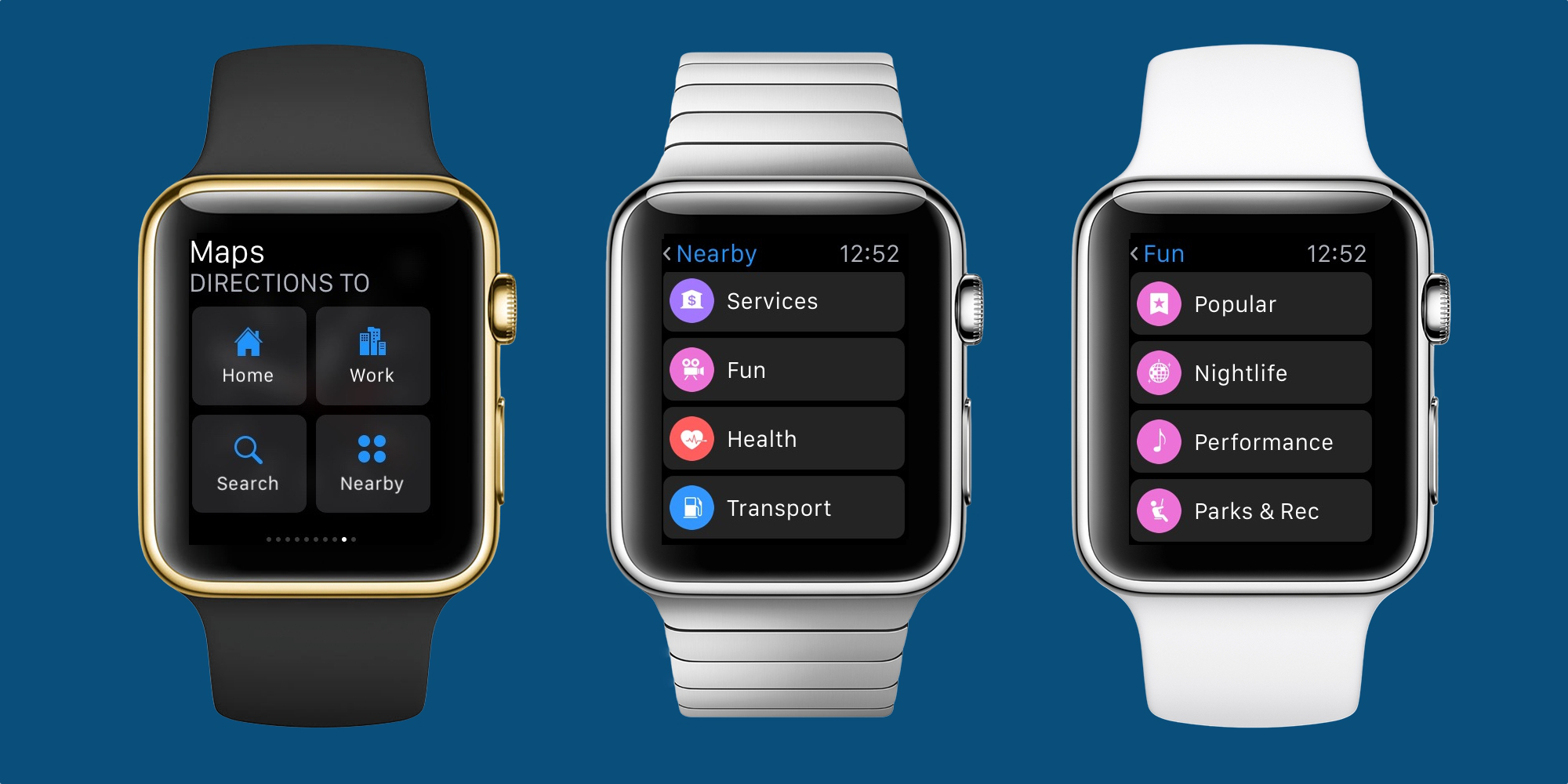 In addition to seeding OS X 10.11.4 beta 5 to developers and public beta users, Apple today has also pushed beta 5 of watchOS 2.2, as well as tvOS 9.2 to developers. The builds come just a week after the fourth betas were released.

watchOS 2.2 so far has added a totally revamped Apple Maps app and glance, and it’s required to use iOS 9.3 beta’s new multi-watch feature. The app includes a new screen of actions and Nearby search powered by Yelp. Previously, Maps launched to a current location vie, but with watchOS 2.2, Apple Watch can instantly navigate to work and home addresses and find local business organized by type.

Apple is expected to refresh its Apple Watch lineup next month with new bands and more.

On the other hand, tv OS 9.2 includes support for Dictation in text fields, iCloud Photo Library, the ability to use Bluetooth keyboards. Furthermore, the update adds folder support and redesigns the app switcher user interface. Check out our hands-on video with the initial tvOS 9.2 beta below: