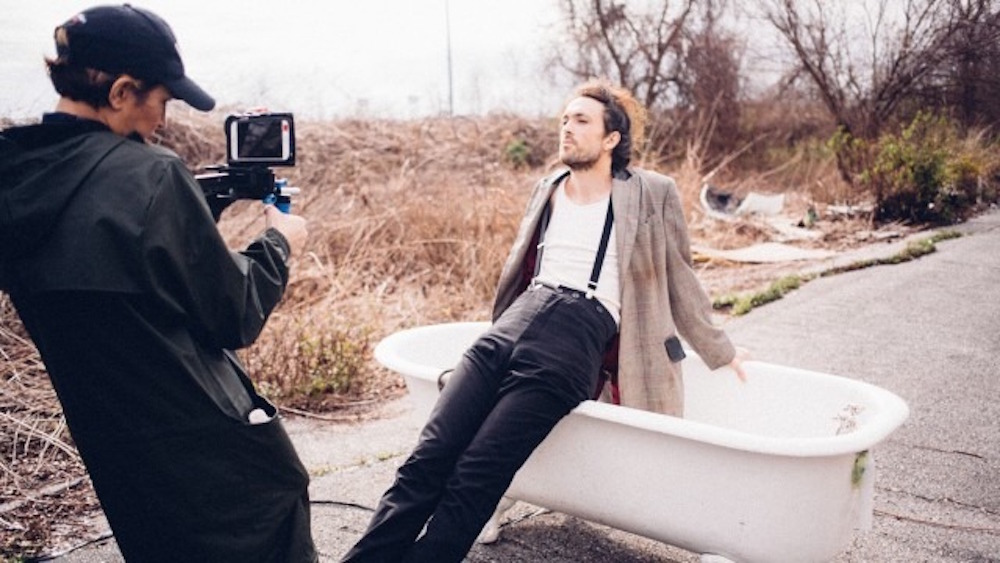 You might not notice juts by watching it, but Edward Sharpe & The Magnetic Zeros’ latest music video debuting today was filmed totally from an iPhone 6s … or six. Cinematographer Reed Morano was behind the filming, which required six iPhones plus a few accessories which you can see in the shot above, to produce the 6-minute music video from New Orleans.

Of course it helps to have professional add-on equipment and a background as interesting as New Orleans, but Morano tells Mashable which picked up the images from Apple that shooting with the iPhone wasn’t completely natural:

“Shooting with a small iPhone is a lot different than filming on a larger, traditional camera,” Reed said. “I’m a known film purist, but now that the world has shifted to digital, I’ve been accepting and try to make digital look as great as possible.

It was easy to shoot on the iPhone, but there are challenges that you learn along the way too — especially when it comes to holding the camera, depth of field and dynamic range.”

Morano further explained that the learning curve was worth losing 55 pounds of camera equipment, but battery packs were needed to address battery life when filming with the iPhones.

“Because I was able to shoot it on the iPhone, which I doubted would impress me — it’s such a sign of what’s to come. It’s miraculous that we can blow people’s minds with this thing that everyone has in their back pocket.”

While it appears Apple was involved in part as the images are attributed to the company, it’s unclear if Apple played a role in actually producing the music video as it has with other acts recently. Back in December, we similarly saw another dramatically shot music video which was captured on the iPhone 6s.

You can check out the band’s catalog on Apple Music.