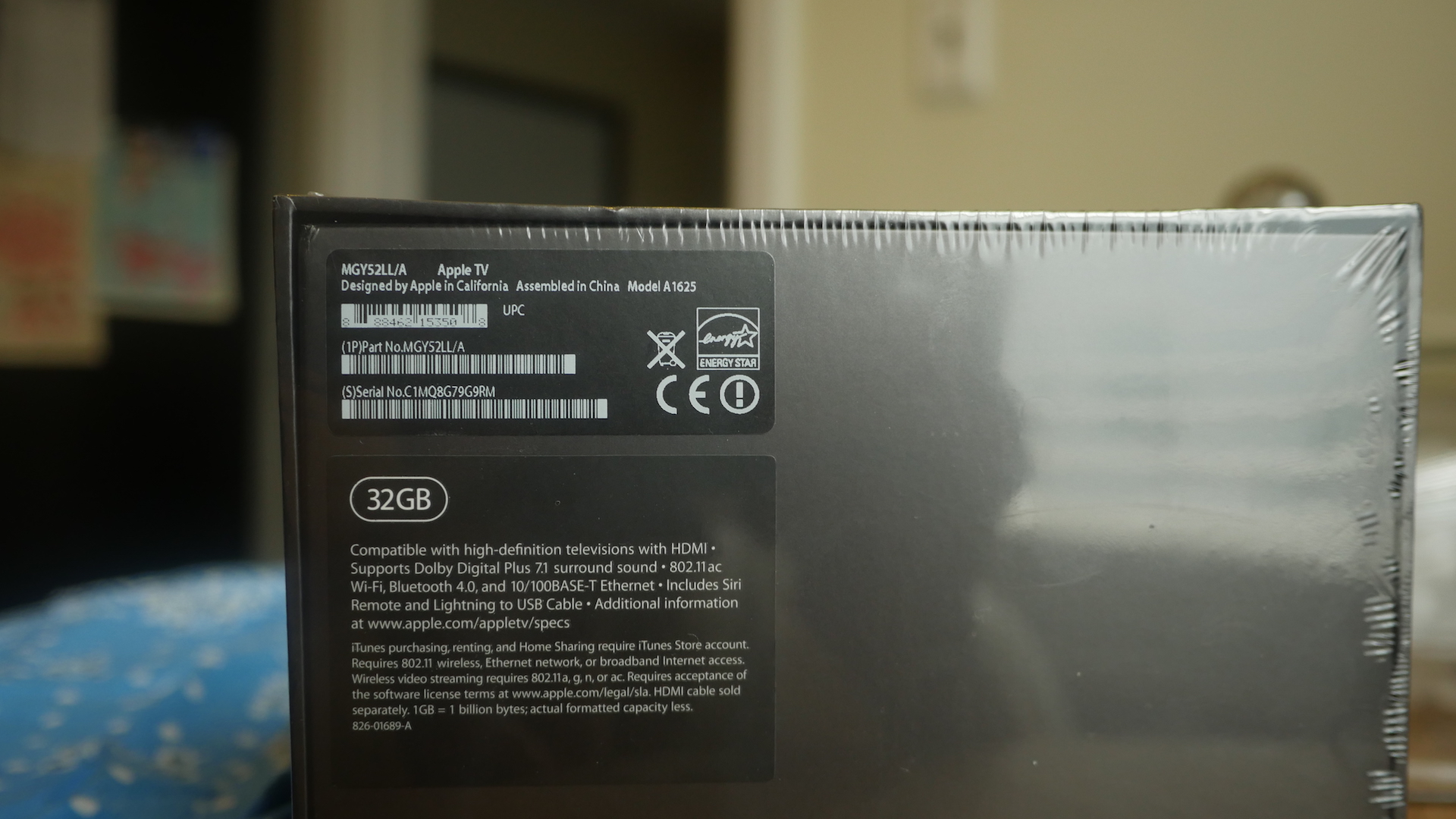 Last week, it was revealed that an Apple TV 4 jailbreak is scheduled to be released in the very near future. That’s great, but the news comes with an asterisk: the jailbreak will only work with devices running tvOS 9.0 or 9.0.1. If you’ve updated to tvOS 9.1, 9.1.1 or any of the new betas releases, there’s no way to downgrade back to 9.0 or 9.0.1.

Thankfully, there are still plenty of fourth generation Apple TVs available in the wild that come installed with one of the first two versions of tvOS. In fact, in preparation for the upcoming jailbreak, I was able to easily purchase a new Apple TV running tvOS 9.0.

Before running out to buy a new Apple TV, check the one you own first. Go to Settings → General → About and look for the tvOS version. If it’s anything higher than 9.0.1, you’ll need to purchase a new Apple TV in order to jailbreak. Of course, this is only true if you wish to jailbreak on day one. You could opt to be patient and wait for an updated jailbreak that works with newer versions of tvOS, but that takes patience and there’s no guarantee that’ll ever happen.

How to decipher an Apple TV 4 serial number

I find that going to the store and purchasing an Apple TV 4 is the best option. You could do it online, but if you do it in store, you’ll have the peace of mind of being able to check the serial number of the Apple TV before purchasing.

Here’s the serial number from my just-purchased Apple TV 4: C1MQ8G79G9RM

That may seem like a bunch of gibberish, but there’s lots that can be deciphered from that 12-digit number. The two characters that most interest us are the 4th and 5th characters, which are “Q8″ in the example above. The first character represents the year and the second character represents the week. By deciphering the year and week, we can determine when the Apple TV was manufactured.

Fortunately, some smart folks have already created a script so that we don’t have to go about figuring out the manufactured date in our heads. Simply visit the link and enter a valid Apple TV serial number.

The script makes it easy, and takes the guess work out of translating weeks to months. Here are the results from my recent query:

As you can see, the Apple TV that I purchased was produced in August of 2015. My new Apple TV 4 will have tvOS 9.0 installed on it out of the box, since tvOS 9.0.1 didn’t release publicly until November of 2015.

Here are the release dates for the currently available tvOS software:

This means that you ideally want to purchase an Apple TV made prior to 12/8/2015, although it’s possible that Apple TVs still shipped with tvOS 9.0.x after that date. Obviously, we can make no guarantees either way, but it’s generally best to try to find an earlier produced model. 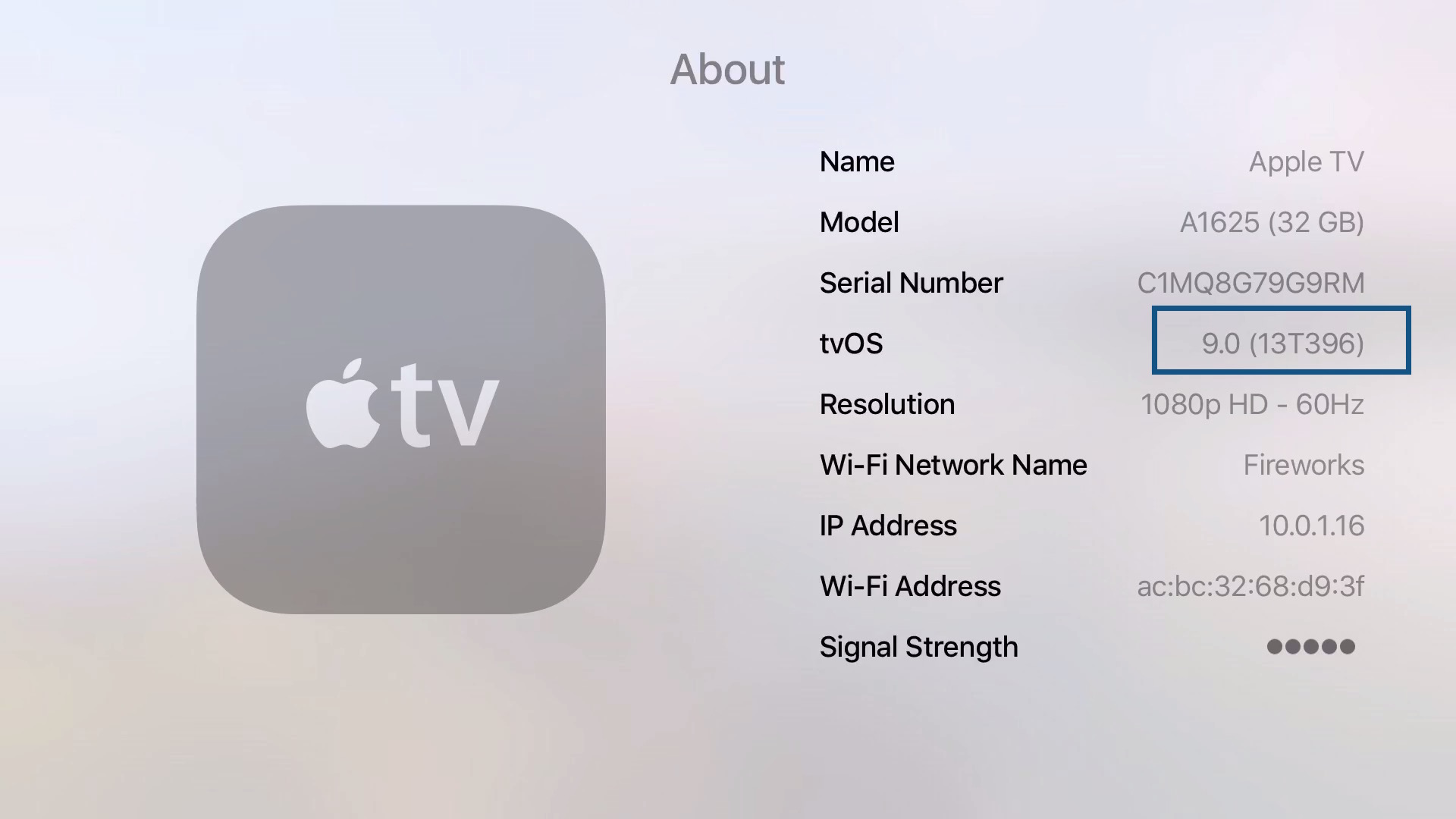 At any rate, the serial number checker worked just as expected. After unboxing and firing up my Apple TV 4, I verified that it was indeed running tvOS 9.0 by going to Settings → General → About. 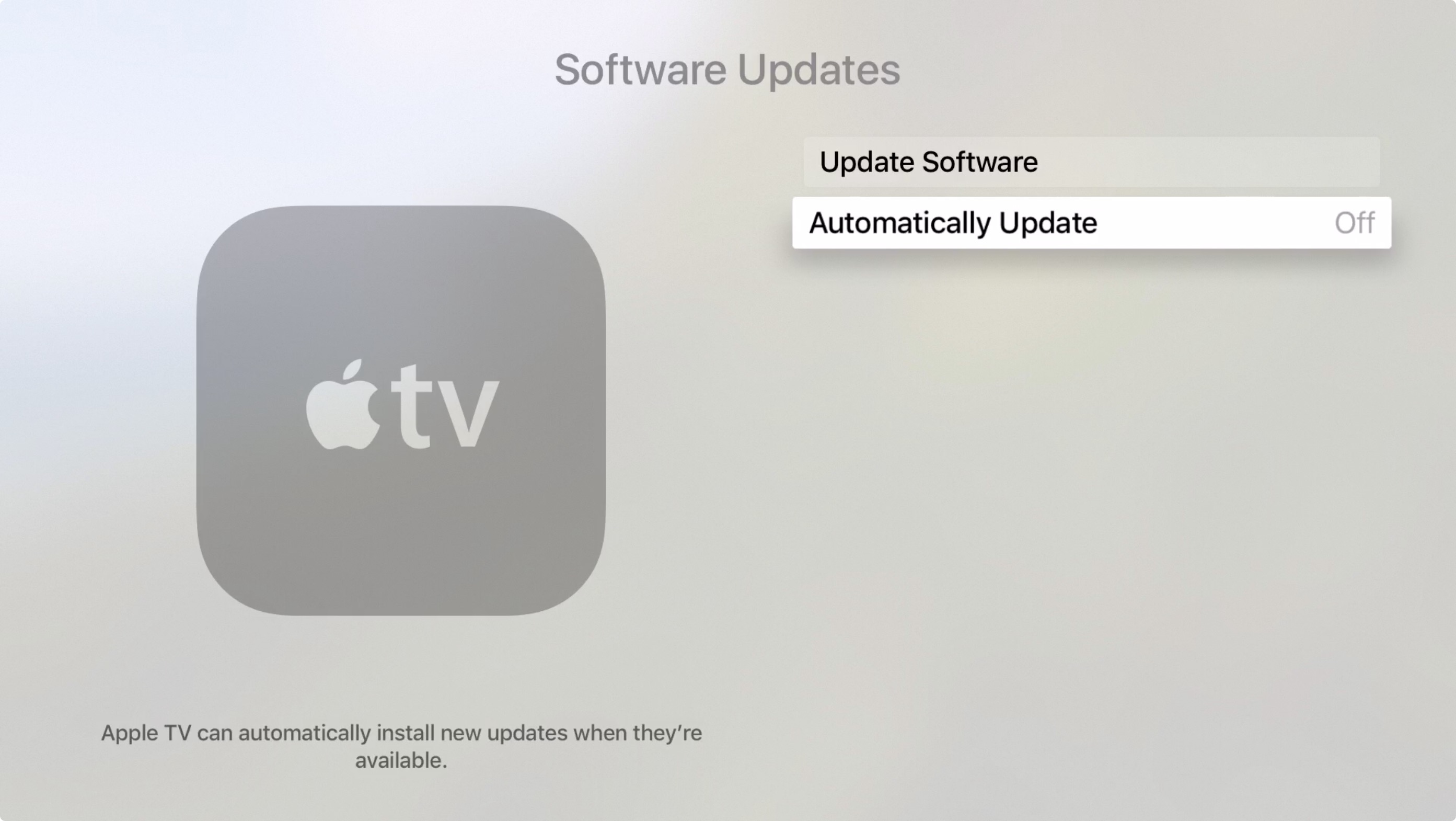 This should be the first thing you do

Please turn off automatic updates as soon as you get your Apple TV. Go to Settings → System → Software Updates and turn off Automatically Update. I was absent-minded and made the mistake of not turning this feature off. Needless to say, I had to purchase yet another Apple TV 4 in order to get back on tvOS 9.0.

Chances are that the Apple TV 4 jailbreak will require users to connect to their Macs or PCs via USB. But keep in mind that Apple changed the connector type for its fourth generation efforts. The new Apple TV uses USB-C instead of Micro USB. USB-C cables are inexpensive — you can purchase one for only $6.99 on Amazon.

According to a tweet from the @PanguTeam, we should have an Apple TV 4 jailbreak sometime this week. They haven’t provided us with an exact day or time, but rest assured that we will let you know once it’s released.

We will release jb for Apple TV4(9.0.x) next week which only has SSH access. It's mainly for security researchers and jailbreak developers.

We’ll be back with more Apple TV jailbreak coverage as the week progresses. In the meantime, let us know if you plan on picking up a second Apple TV in order to jailbreak it.

The Pangu jailbreak has been released for tvOS 9.0 and tvOS 9.0.1. You can find our full Apple TV 4 jailbreak tutorial here, and watch our full step-by-step video walkthrough as well.