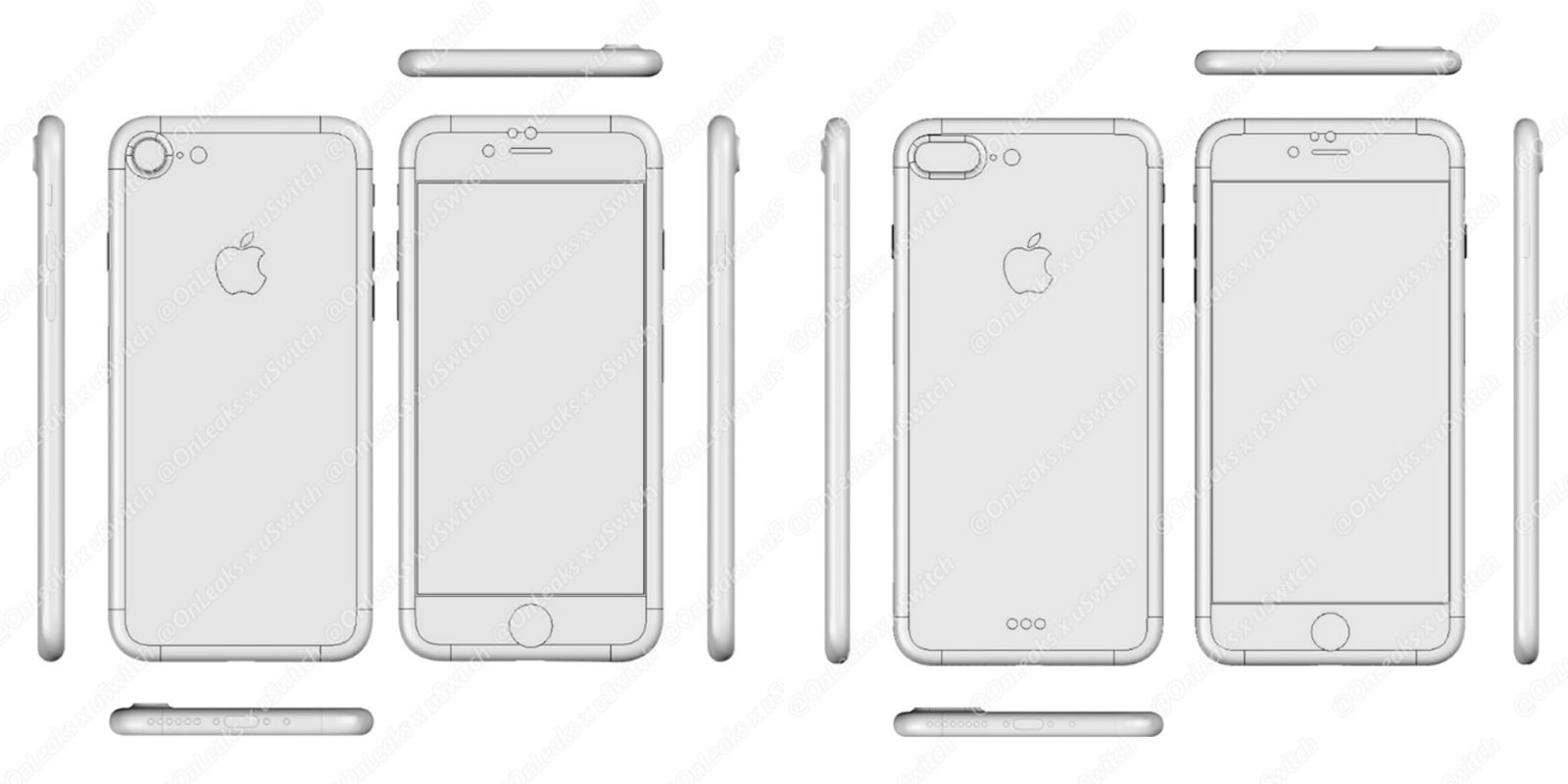 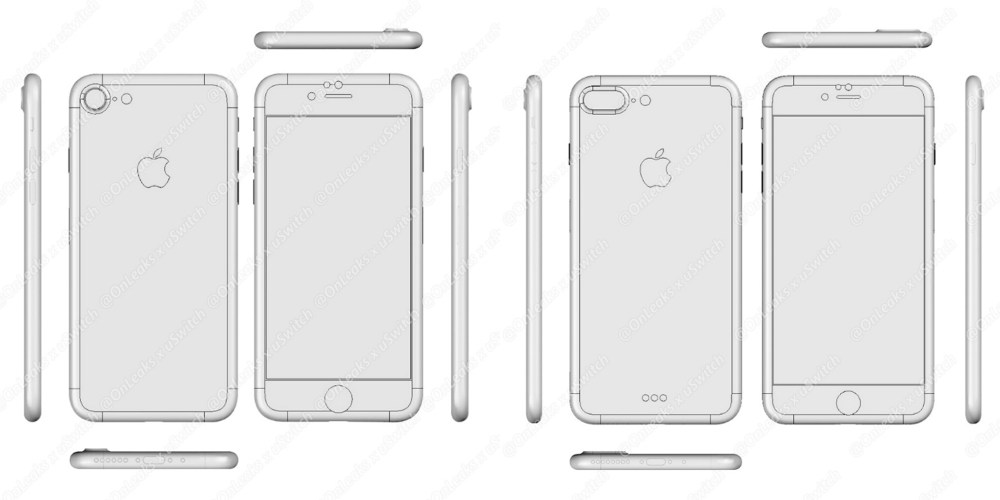 The latest purported iPhone 7 schematics (via uSwitch) surfacing today continue to portray Apple’s next generation iPhones as very similar to the current generation models, save for a few notable changes.

The new blueprints also show both new iPhones from the side profile, revealing the infamous camera bump may be sticking around for another generation as thinness trumps a flush sensor.

On the 4.7-inch iPhone 7, the drawings show the camera appears to be somewhat larger and shifted over a bit when compared to the current iPhone 6s camera, which we saw earlier this week in a separate blueprint leak.

On what’s expected to be the 5.5-inch iPhone 7 Plus or Pro, the larger model appears to feature a wider, dual-lens camera as rumored over the last year. The design that shows up in the claimed leak looks similar to the physical casing we saw back in March, which matches previous drawings of the possible iPhone 7 Pro.

Finally, the larger iPhone also sports a Smart Connector in these schematics. The three dot input was introduced last fall on the 12.9-inch iPad Pro and later made its way to the 9.7-inch iPad Pro earlier this year, but to date hasn’t appeared on an iPhone. Whether or not a version of the iPhone 7 will feature a Smart Connector has been going back and forth with the current crop of rumors.

One possible downer here: the drawings show both iPhone models with the same dimensions as the current flagship iPhones and no stereo speakers despite dropping the headphone jack. Previous rumors suggested the new iPhones could shave off a full millimeter, reaching iPad levels of thinness, and pack a second speaker in place of the missing headphone jack.

Catch up on our iPhone 7 roundup to read everything we know so far about the new iPhones so far.