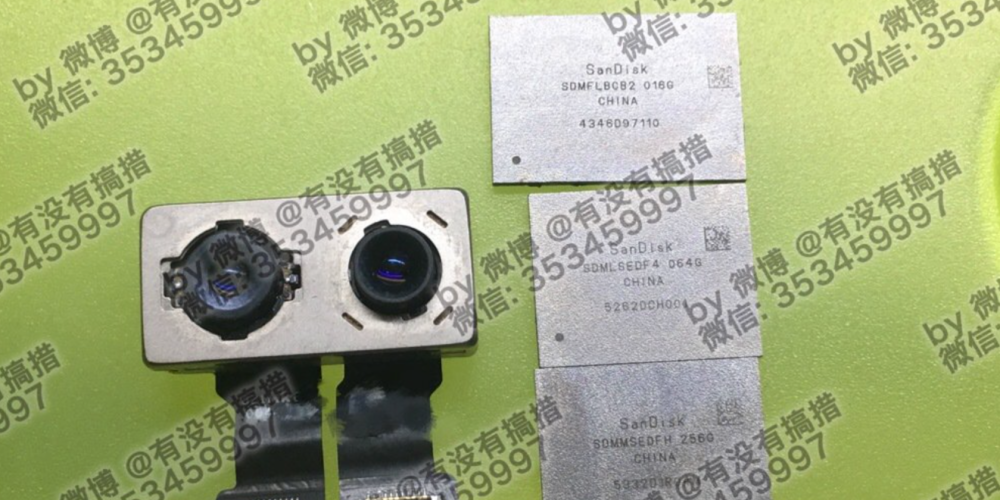 Earlier this week, we saw a leaked image appear showing the 4.7-inch model and its potential support for laser auto focus. It’s been rumored for a while now that the iPhone 7 Plus, however, will see even more camera updates with a new dual-camera setup on the back. In March, leaked images emerged claiming to show the alleged dual-camera module and now a new leak from Weibo has emerged corroborating the earlier images and showing potential for a 256GB storage tier (via Steven Hemmerstoffer).

In addition to showing the dual-camera module, the Weibo images claim to show a 256GB memory chip, suggesting that Apple for the first time will introduce a higher storage variant with the iPhone 7 lineup. What’s notable, though, is that the images show 16GB, 64GB, and 256GB chips, perhaps implying that the 128GB model will be replaced all together with the new 256GB model. Judging by this leak, however, the 16GB model is here to stay.

With the addition of a second camera comes the need for more storage, so it seems likely that Apple would want to offer that to power users. But it’s odd from a usability standpoint to see the 16GB remain despite the file size of 4K videos and higher quality images. In my opinion, the best storage lineup for the iPhone 7 Plus would be 64GB/128GB/256GB, but Apple does not seem to be keen on ditching that 16GB variant just yet.

A leak earlier this week showed the 4.7-inch iPhone 7 with a new tapered antenna design and potential support for laser auto-focus. Essentially, laser auto-focus means the device will have improved low-light performance as well as faster auto focus overall as the camera will better know the distance to the subject. LG first added this feature to its flagship in 2014.

With the design remaining largely the same for the third year in a row (and a major design seeming more likely for 2017), it’s looking increasingly possible that camera updates will the big selling points for the iPhone 7 and iPhone 7 Plus.