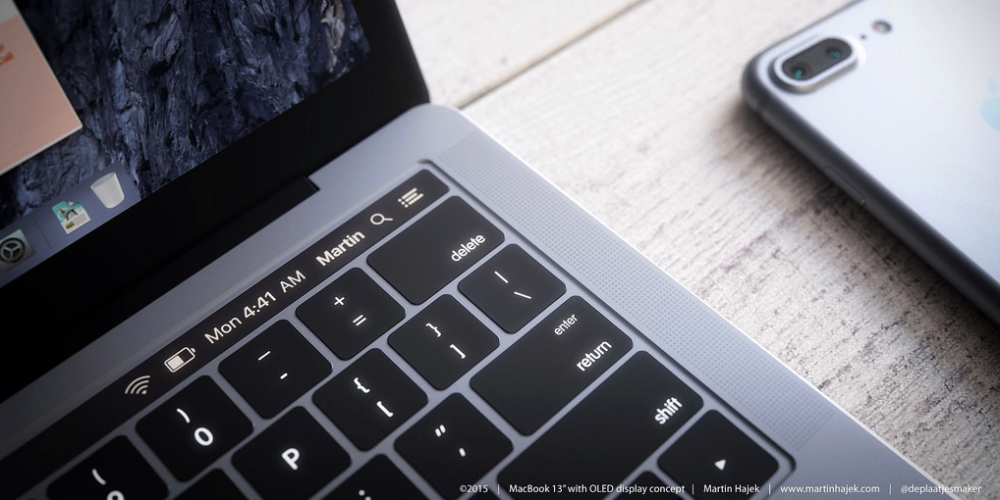 Hidden inside all of the changes that are coming with macOS Sierra are several notable additions to the developer side of things. On Apple’s API differences webpage, you can see several new resources that hint at potential features that could be coming with future Macs, including that OLED touch bar and Touch ID support.

Last month it was reported that Apple was planning a major MacBook Pro revamp that would bring support for Touch ID as well as a new OLED touch bar in place of the function keys. Now, macOS Sierra API changes further hint at those upcoming features…

There are a variety of new resources that suggest support for the rumored OLED touch bar. For instance, there is a new “kHIDUsage_LED_DoNotDisturb” reference that seems to hint at a dedicated LED Do Not Disturb button. Currently, Do Not Disturb can be accessed on the Mac from the notifications pane, but with the OLED touch bar would come the ability to have a dedicated touch button for the feature (via MacGeneration).

Additionally, there are new resources with the “kHIDUsage_LED” title that apply to fast forward, rewind, play, pause, rewind, and power functions, all of which are currently located in the function row of keys, which the touch bar would replace. There’s also an interesting “kHIDUsage_LED_NightMode” resource that could hint at a button that would perhaps enable dark mode, Do Not Disturb, and/or Night Shift on the Mac. In addition to these, there are a lot more new resources that can be seen on Apple’s developer site.

Furthermore in macOS Sierra there are references to biometric input device taps, perhaps again hinting at Apple bringing Touch ID to the Mac. In 2013, an iOS 7 beta contained a hidden biometric resource that hinted at fingerprint recognition coming to the iPhone, and a similar one has now been discovered in Sierra. With Sierra, Apple added a new Auto Unlock functionality that automatically unlocks your Mac if it is in proximity to your iOS device and Apple Watch, but Touch ID would take the ease of unlocking a MacBook to the next level.

Finally, there is also a new resource in OS X Sierra that hints at support for “USB Super Speed+,” which is USB 3.1.

Of course, just because these resources are being added doesn’t necessarily mean that we’re nearing an imminent launch of the new MacBook Pro. But the new resources coupled with last month’s report definitely imply that Apple is planning something for this fall.