Opinion: Does integrated VoIP support in iOS 10 signal the beginning of the end for voice plans? 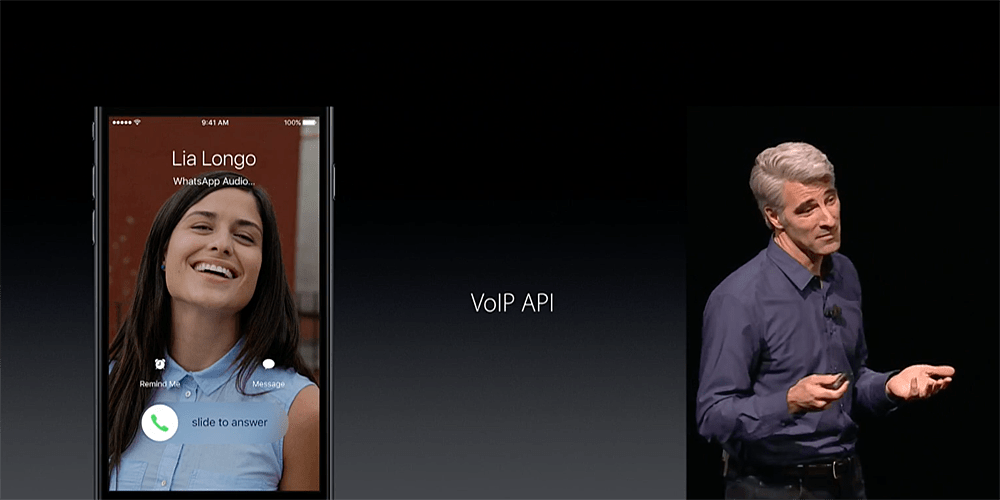 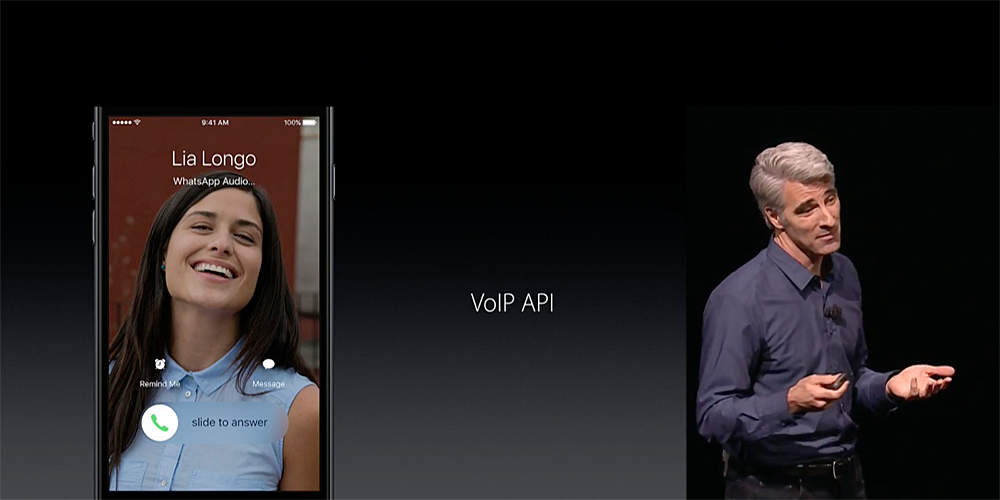 The first true mobile phones back in the 1980s did exactly one thing: phone calls. It wasn’t until 1994 that carriers introduced what was then a revolutionary idea – using mobile phones to send text messages. I’m old enough to remember when only geeks did it, and it took several years before it really took off as a mass-market thing.

Fast-forward to today and, for many of us, the very least-frequent thing we do with our phones is use them to make phone calls. When I do make a voice call, I’m as likely to use a VoIP app like FaceTime or Skype as I am the actual phone app on my iPhone.

With iOS 10, Apple makes that behaviour likely for even more people. The VoIP API effectively allows apps like Skype, Viber, WhatsApp, Facebook calling and others to be integrated into the iPhone every bit as deeply as the phone app itself …

Similarly with outgoing calls, the API means that all our preferred VoIP apps are baked into Contacts, so we can make a Facebook call to them as easily as we can a conventional phone call.

We don’t even need to listen to our voicemail any more thanks to the voicemail transcription feature. So are we finally nearing the point where we won’t even need a voice plan any more?

We’re not there yet, of course, for six different reasons.

First, data coverage still lags behind voice coverage. There are plenty of places where we have at least a usable phone signal but either no data coverage at all, or data too slow to be practical for voice calls. My train line into central London has one brief section where I lose data connectivity altogether and another where it is painfully slow for several minutes.

Second, not everyone is as techy as 9to5Mac readers. Sure, even non-techy grandparents are getting in on the FaceTime or Skype act these days when motivated by the desire to videochat with their grandchildren, but we all still have friends and family in our lives who would look blankly if we suggested a WhatsApp or Viber call instead of a phone call.

Third, while iOS 10 may be able to make VoIP calls ultra-convenient for us, ‘other mobile operating systems are available.’ If users on other platforms still have to unlock their phone and open the app to answer a call, many may prefer to stick to conventional voice calls for now.

Fourth, even if we could use VoIP apps for all our phone calls to individuals, there aren’t many companies sufficiently enlightened or organized to offer contact details across all of the different services available.

Fifth, while commercial companies may have the motivation to start exploring these things, governments always lag behind. We’re not going to be FaceTiming the IRS any time soon with our tax queries.

Finally, there’s the call we hope we’ll never need to make, but if we do, we want it to operate with 100% reliability: a call to 911. We don’t want to risk poor data connectivity giving a patchy call, or to have an app crash on us when we’re trying to deal with the aftermath of a more physical kind.

But these arguments apply today, not forever. Data coverage is improving all the time. Perhaps the day will be a long time coming for people in rural areas, but for those who live and work in big cities, the data coverage argument will disappear within a few years, I suspect.

The mass-market argument likewise. There was a time when only geeks owned smartphones. When only techies used the cloud. When encrypted messaging was something for journalists and entrepreneurs. Today it’s everyone with an iPhone. What is techy today will be commonplace tomorrow.

Similarly the point about other operating systems. iOS and Android have always borrowed features from each other, and will continue to do so. This is especially true of those ideas that fall into the ‘blindingly obvious in hindsight’ category – always the hallmark of a great idea. Allowing people to use VoIP apps as seamlessly as conventional phone calls is one of those ideas.

Companies ultimately do what their customers want. Online chat is an incredibly common form of contacting customer service departments these days, because customers wanted it; other forms of messaging will follow. Even governments catch on eventually.

And even in emergencies, we’re already using data services. There are cars that automatically call for help and transmit their location in the event of a crash. Most 911 services are now able to automatically receive details of your location when you make an emergency call, and a few are able to receive texts. Apple has all kinds of ideas for a panic button – and I had a few of my own. Some governments are even requiring them by law. So even emergency services are likely to support VoIP services in time.

So in a rare exception to Betteridges Law – that any headline ending in a question mark can by answered by the word ‘no’ – the answer here is ‘yes.’ It’s not going to happen overnight, for all the reasons I’ve outlined, but it is on the way, and this move by Apple brings it a whole lot closer.

Will baking integration for VoIP apps right into iOS increase your usage? Please take part in our poll, and share your thoughts and experiences in the comments.