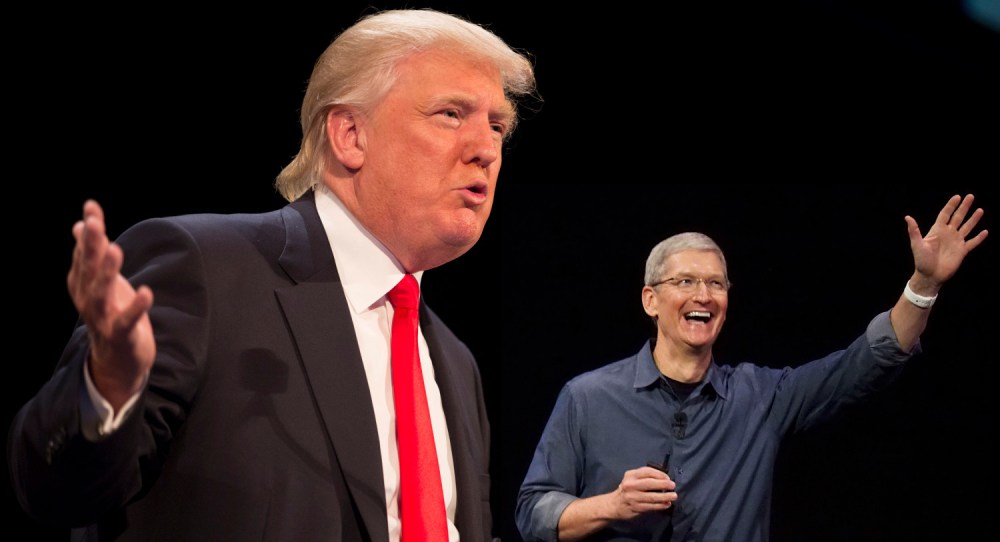 According to a report from Politico, Apple has told Republican leaders that it will not be providing support in any way, including financial, for the party’s upcoming convention. The report says that Apple’s reasoning for this decision is Donald Trump and the comments he has made regarding immigrants, minorities, and women.

Citing two sources “familiar with the iPhone maker’s plans,” Apple will not be donating money or technology to the GOP event like it has done in the past. On the other hand, Microsoft and Google have both said that they will provide technology and/or cash to the GOP convention, which will be held next month in July.

In 2008, Apple provided roughly $140,000 in technology devices to the Democratic and Republican events, while it sat out in 2012 due to the Democrats not accepting corporate donations.

Apple has not been immune from Donald Trump’s line of fire over the past year. Earlier this year, the presumptive Republican presidential nominee said that he will get Apple to ““build their damn computers and things in this country.” Trump failed to offer any specifics on how he would do this, however. Democratic presidential candidate Bernie Sanders has also called on Apple to manufacture its products in the United States and to pay its “fair share” of taxes.

Donald Trump also called for an all-out boycott on Apple products because of the company’s refusal to aid the FBI in unlocking the San Bernardino gunman’s iPhone. The ironic part about this statement from Mr. Trump, however, was that he or someone in his campaign was tweeting a series of messages from Twitter for iPhone. And when he did start tweeting from Android, it was typo mania…

In March it was reported that Apple CEO Tim Cook was among a handful of technology executives who attended the American Enterprise Institute’s World Forum where the “main topic” was stopping Donald Trump from gaining the Republican nomination. Although, Cook was also there to discuss Apple’s battle with the FBI over the San Bernardino iPhone.

Apple has declined to comment on today’s report that it will not be aiding the GOP convention this year. It’s unclear at this point if Apple will donate to the Democratic convention, also being held next month. In the meantime, we’ll be sure to keep an eye on Trump’s Twitter to see if he has anything to say about Apple’s decision.