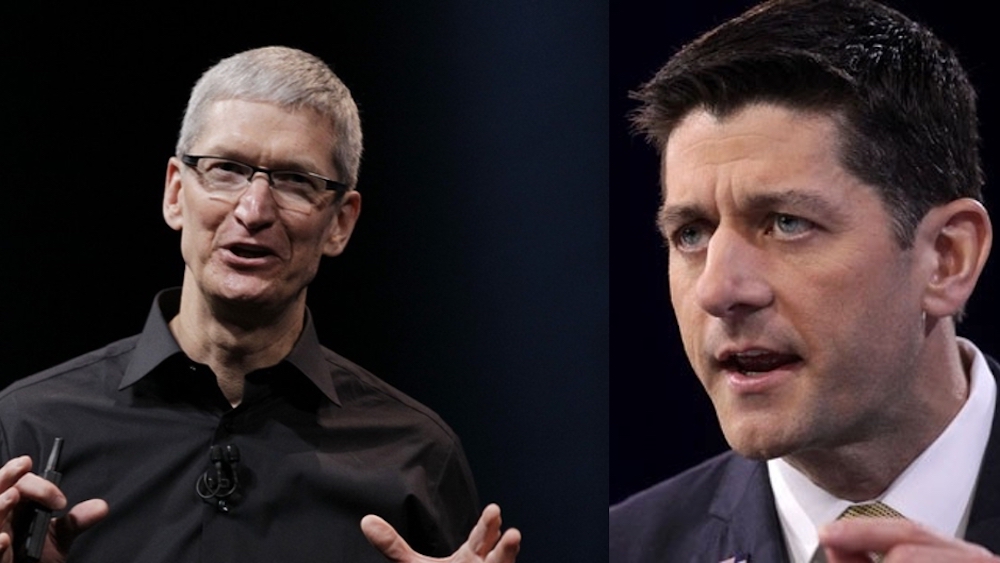 Apple may not be playing ball with the Republican Party’s upcoming convention, but CEO Tim Cook is reportedly set to hold a fundraiser for Republican House Speaker Paul Ryan next week. Politico reports that Apple wants to “strengthen its relationships with key Republicans” like Ryan despite its apparent opposition to Donald Trump, the GOP presidential nominee.

Cook will help generate cash for Ryan at a private breakfast on June 28 in Menlo Park, Calif., along with Gary Wipfler, the company’s treasurer, according to an invite obtained by POLITICO on Monday. The money benefits not only the speaker but a joint fundraising committee aimed at helping to elect other House Republicans.

The report specifies that it’s Cook personally hosting the fundraiser, not Apple: “Apple does not have a corporate political action committee like Facebook, Google and other tech giants in Silicon Valley.”

The allegiance may be surprising on the surface, especially considering Apple’s and Tim Cook’s public positions on social issues, but Ryan doesn’t completely align with Trump on many policy issues and has denounced specific controversial remarks made by the Republican Party’s nominee. Apple also has big dollar business that Republican leaders are more likely to side with Apple on in the future: namely tax policy.

Aside from aligned interests, the Republican Party currently holds the majority in both the House and Senate in the US Congress and Republican, and the majority of state governors (31) are Republican. And while Cook may appear more progressive on policy issues like marriage equality and environmental efforts, the report also notes that the Apple CEO has previously hosted a similar fundraiser for Republican Senator Rob Portman who favors Apple-friendly tax reform. Apple also faced heat from both major parties earlier this year when an encrypted iPhone used by one of the San Bernardino shooters was at the center of a heated privacy debate with the FBI.

Cook reportedly attended a secret meeting earlier this year with one goal: stop Trump from winning the presidential election in November. As Speaker of the House, Ryan has endorsed Donald Trump in the upcoming election, but the Speaker hasn’t been shy about highlighting his differences with his party’s nominee and also attended the secretive meeting earlier this year, which could be important to Cook and Apple.