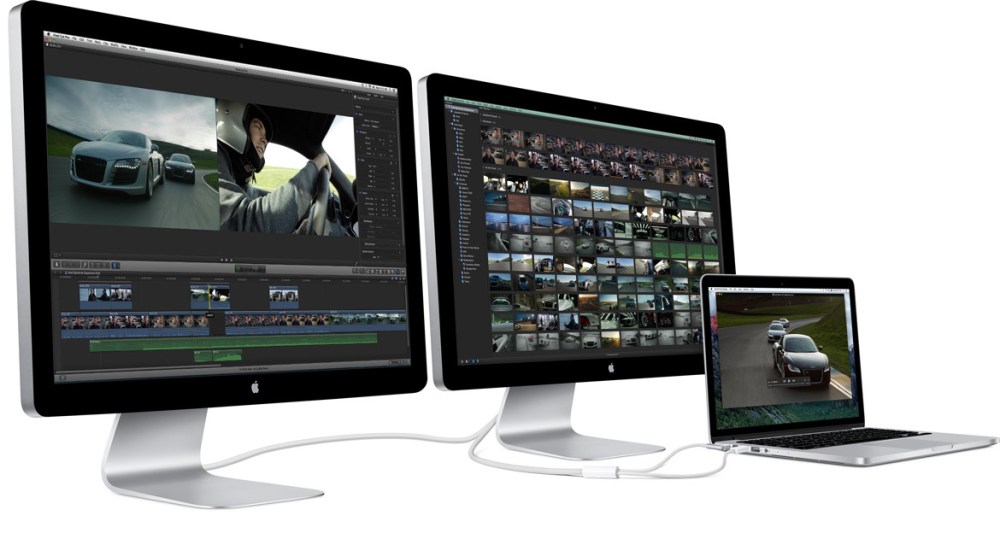 In a statement, an Apple spokesperson explained that the Thunderbolt Display will be available from Apple’s Online Store and in retail locations while supplies last, but once stock has run out, it will not be replenished. Apple also noted that a variety of third-party options are available for Mac users:

“We’re discontinuing the Apple Thunderbolt Display. It will be available through Apple.com, Apple’s retail stores and Apple Authorized Resellers while supplies last. There are a number of great third-party options available for Mac users,” said an Apple spokesperson.

Apple’s Thunderbolt Display has been criticized for being considerably overpriced and outdated, not having been updated since 2011. The display offers a 2560×1440 resolution, while the 5K iMac that includes an actual computer inside comes in at $800 more.

We noted last month that supply of the Thunderbolt Display had already become limited, perhaps hinting at an impending refresh. While we then exclusively reported that Apple is readying a new Thunderbolt Display with a 5K resolution and built-in GPU. Additionally, the display is expected to feature connection via a USB-C port over Thunderbolt 3.

While some are speculating that Apple pointing users towards third-party options means the company is getting out of the display business altogether, it’s more likely that it’s abandoning the “Thunderbolt Display” name. The display announced this fall could carry a name like “Apple 5K Display.”

Though timing was somewhat unclear at the time, now that Apple has formally discontinued the current-gen Thunderbolt Display, it seems likely that we will see a new model sooner rather than later. Perhaps alongside the updated MacBook Pro lineup slated to be launched sometime in the fall.