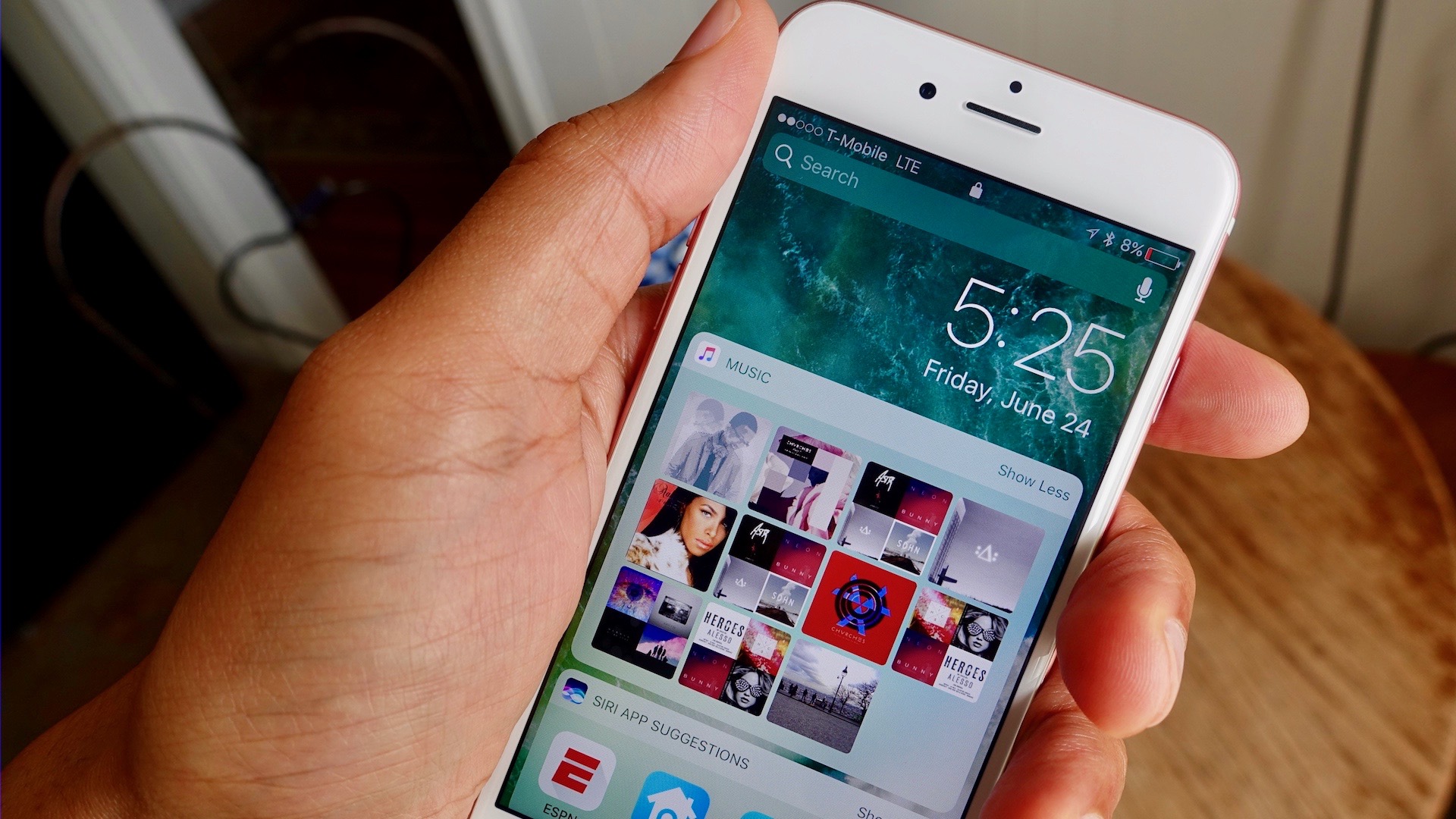 One of the biggest changes found in iOS 10 will be one of the first things you see upon installing the update. Indeed, the Lock screen in iOS 10 has received what amounts to an overhaul and a rethinking of its functionality. Have a look at our hands-on video walkthrough as we explore the iOS 10 Lock screen’s ins and outs.

Apple has definitely scaled back its race to be thin when it comes to font weight. You’ll notice much thicker fonts in apps like the Music app, and you’ll also notice thicker fonts for the Lock screen clock and date.

Slide to unlock no more

The famous “Slide to unlock”, that’s been an iPhone staple since Steve Jobs revealed it on stage at Macworld in 2007, is no more. Instead, slide to unlock has been replaced by “Press home to unlock”. Pressing the iPhone’s Home button is the key to unlocking your iOS device in iOS 10.

Slide to unlock is no longer a thing in iOS 10, but there are good reasons for that, as you’ll see in the rest of our walkthrough. 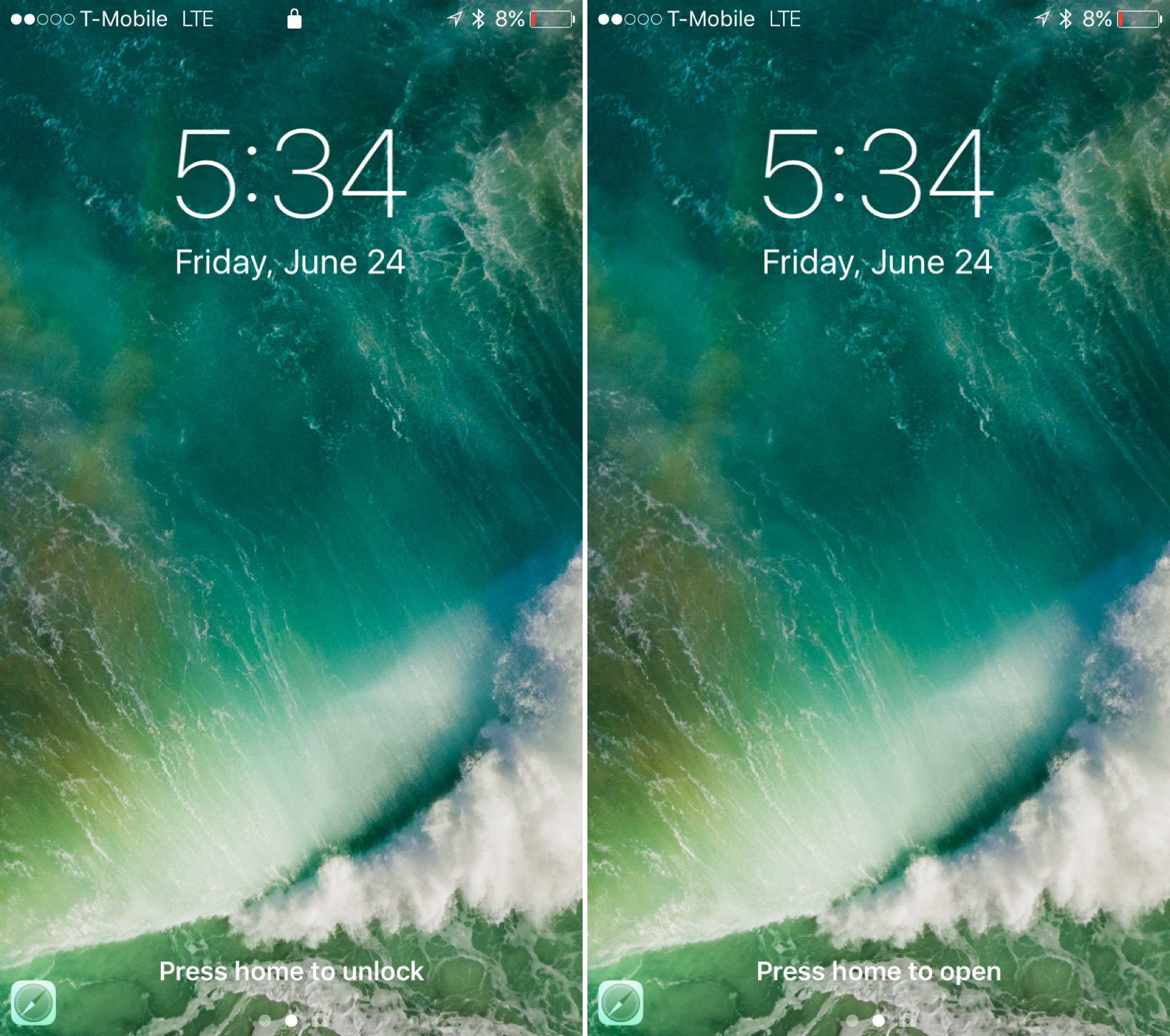 One of the big complaints about the new Touch ID 2 found on the iPhone 6s and iPhone 6s Plus, was that it was just too fast. It was so fast that the slightest touch of the Home button with a registered finger would cause your iOS device to unlock. Normally, speed would be a good thing, but since the Lock screen contains notifications, unlocking the iPhone too fast would cause those notifications to be missed.

With iOS 10, Apple has solved this issue by implementing raise to wake functionality. Just like its name states, merely raising your iPhone will cause it to wake up and display any Lock screen notifications. This means that you no longer have to press a button to view the current time or any pending notifications.

In iOS 10, Widgets play a big role in providing information via app icons (using 3D Touch shortcuts), via the Home screen and Notification Center, and via the Lock screen. To access Lock screen widgets, perform a right swipe on the Lock screen.

Like Today View widgets on older versions of iOS, the widgets on the Lock screen can be added, removed, rearranged, and in some cases, expanded.

The Lock screen widgets interface also features a handy Spotlight search bar, which rests right above the current date and time. Users can utilize 3D Touch gestures on Spotlight suggestions or search results to launch directly into specific areas of your favorite apps right from the Lock screen.

The Lock screen music controls look largely familiar, although there are some subtle changes that eagle-eyed users will notice. For starters, everything is slightly bigger. Text is bigger, and the sliders and scrubbers are wider and bigger as well.

The small vertical line on the time scrubber has been replaced by a small ball, and the ball used for the volume scrubber is now slightly larger. 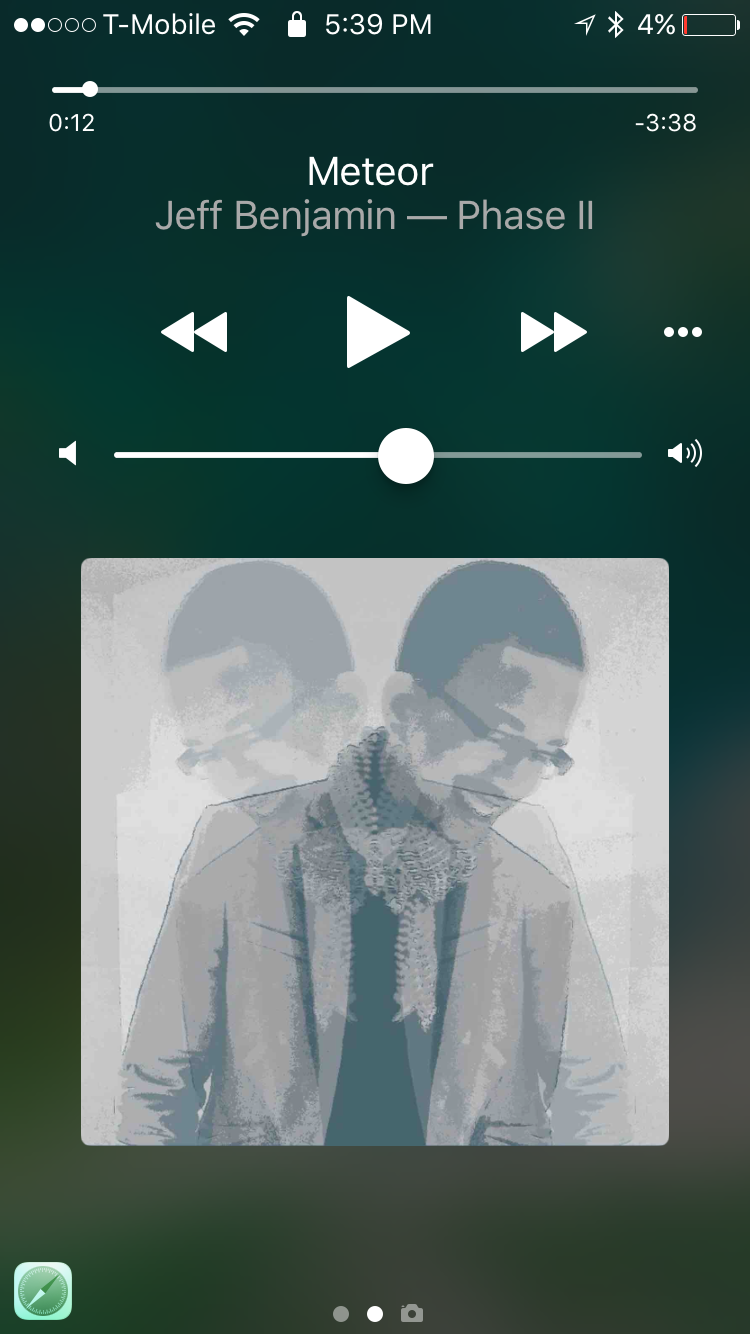 Pausing an in progress track has the same effect on the album artwork as it does in the stock Music app. The album artwork gets smaller when music is paused, and slightly increases in size when the tunes begin playing again.

Unlike previous version of iOS, pressing the Home button no longer hides music controls on the Lock screen. This is because the Home button is now directly tied to unlocking the device, unlike in times past.

The basic mechanics of how the Lock screen works have changed, which will take some time for iOS 9 users to get used to. However, I believe that the changes improve the Lock screen’s overall functionality, and that users will enjoy these updates once they get accustomed to them.

What are your thoughts on the Lock screen in iOS 10? Sound off in the comments down below.