Another alleged iPhone 7 leak, this time on video 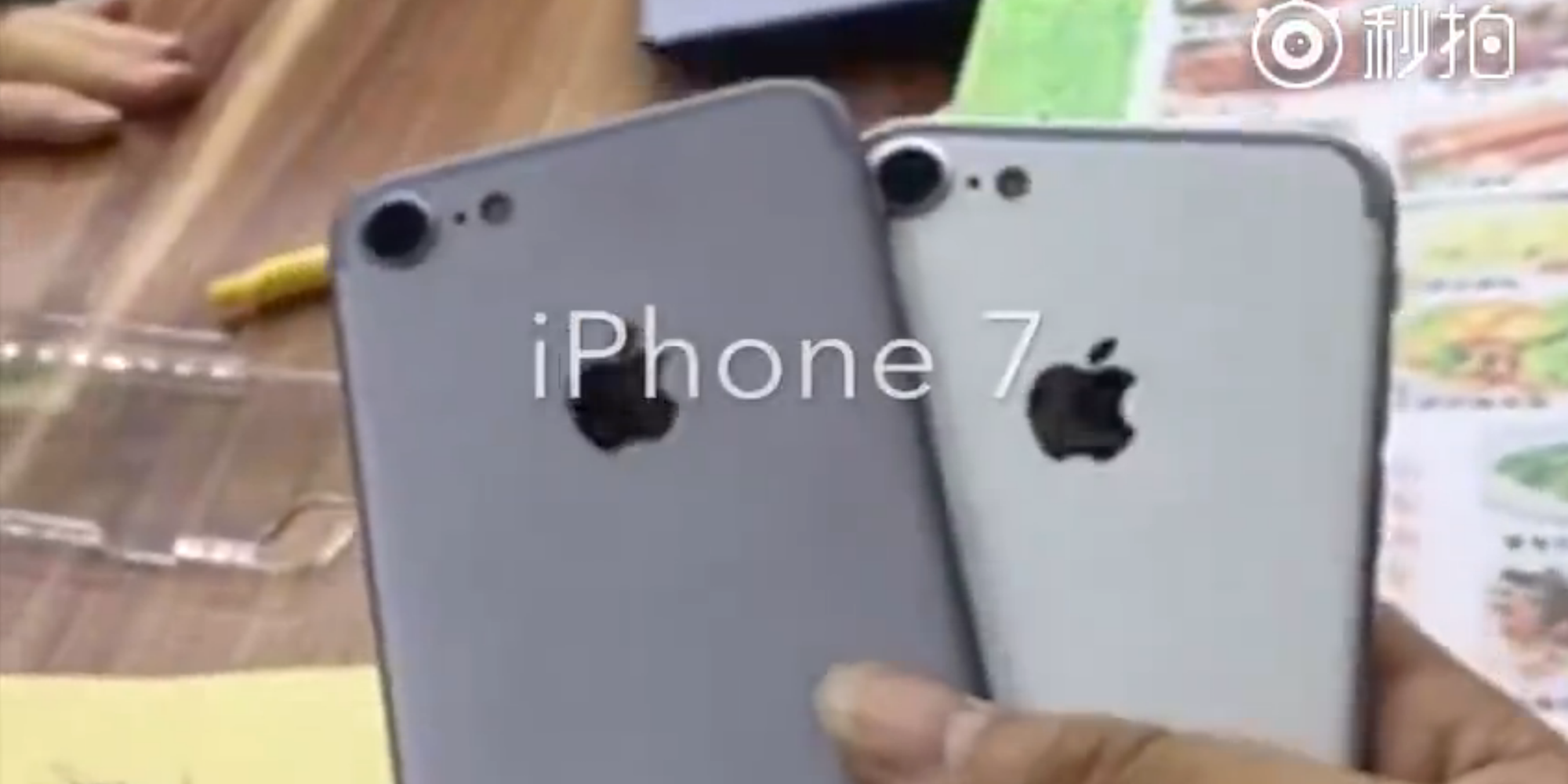 The iPhone 7 leaks keep coming. Earlier today the latest alleged spy shots showed what appeared to be fully assembled devices, which are most likely the clones based on leaked designs that often surface ahead of a new iPhone launch. Now, a video from unknown sources on Chinese website Weibo (via techtastic.nl) shows a similar design to previous leaks.

The device in the video below shows many of the characteristics we’ve seen in previous photos allegedly showing next-gen iPhone components. Most notably, those include a larger camera opening — the iPhone 7 is rumored to include a new and improved camera system —the removal of the 3.5mm headphone jack, and redesigned antenna lines that are repositioned from across the back of the device to along the edge.

A few leaks have shown an even larger camera opening than the device in the video below, and other features like a Smart Connector and the removal of the mute switch. The larger camera opening could possibly be reserved for the dual-camera system expected to arrive on only some of the new models. In the video today, the mute switch is once again present.

There has also been some evidence that Apple might be considering a new darker black color option for the iPhone 7, but leaks up until now appear to only show the current gold, rose gold, space gray, and silver color options it currently offers on its devices.

A separate leak this week claimed to show Apple’s new Lightning EarPods for iPhone 7, notable as Apple is expected to be among the first group of mobile device makers removing the 3.5mm headphone jacks and sending it to legacy status.

Other rumored features for the upcoming iPhone include a new dual-camera system for at least some models, a design that mostly resembles the current iPhone lineup, base 32GB and 256GB storage options, the removal of the 3.5mm headphone jack, and possibly a redesigned Force Touch home button. One report this week claimed iPhone 7 will include a 14% larger battery compared to iPhone 6s.

You can check out the latest reports and rumors in our iPhone 7 guide here.