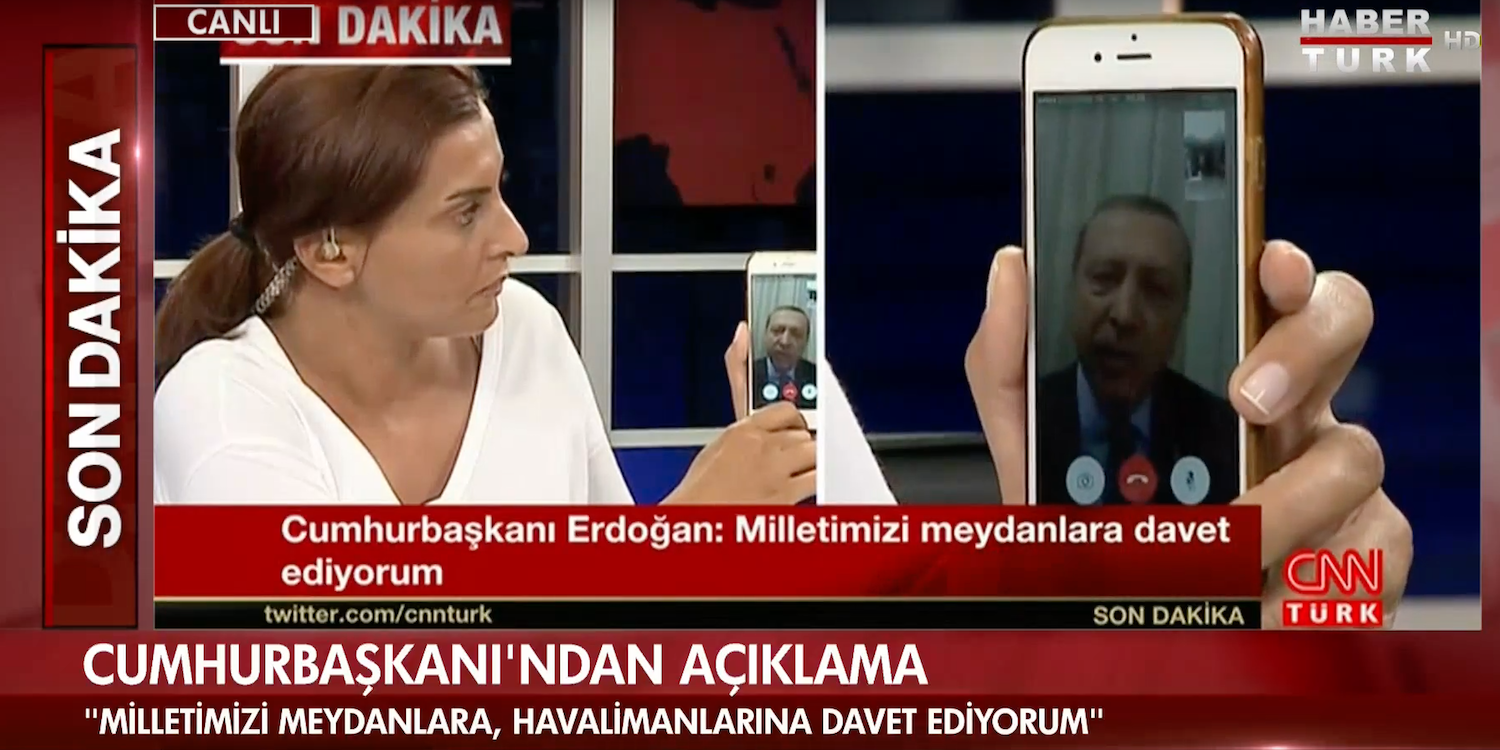 Update: Apple has confirmed on its website (via local blog macReports) that its retail stores in the area will be closed temporarily following yesterday’s events. Its two locations in the country are expected to reopen Monday.

Turkey is a bit mess right now after a military coup has put the fate of the leadership in question.

One striking image from the coup, however, is that of the temporarily ousted President Erdoğan calling into CNNTurk via iPhone/FaceTime to address the nation and plea to Turks to take to the streets.

And a defiant President Recep Tayyip Erdogan was forced to resort to FaceTime on his phone for a TV interview. He urged supporters to go to the streets and stop those who would have him overthrown.

CNNTurk was shut down shortly thereafter.