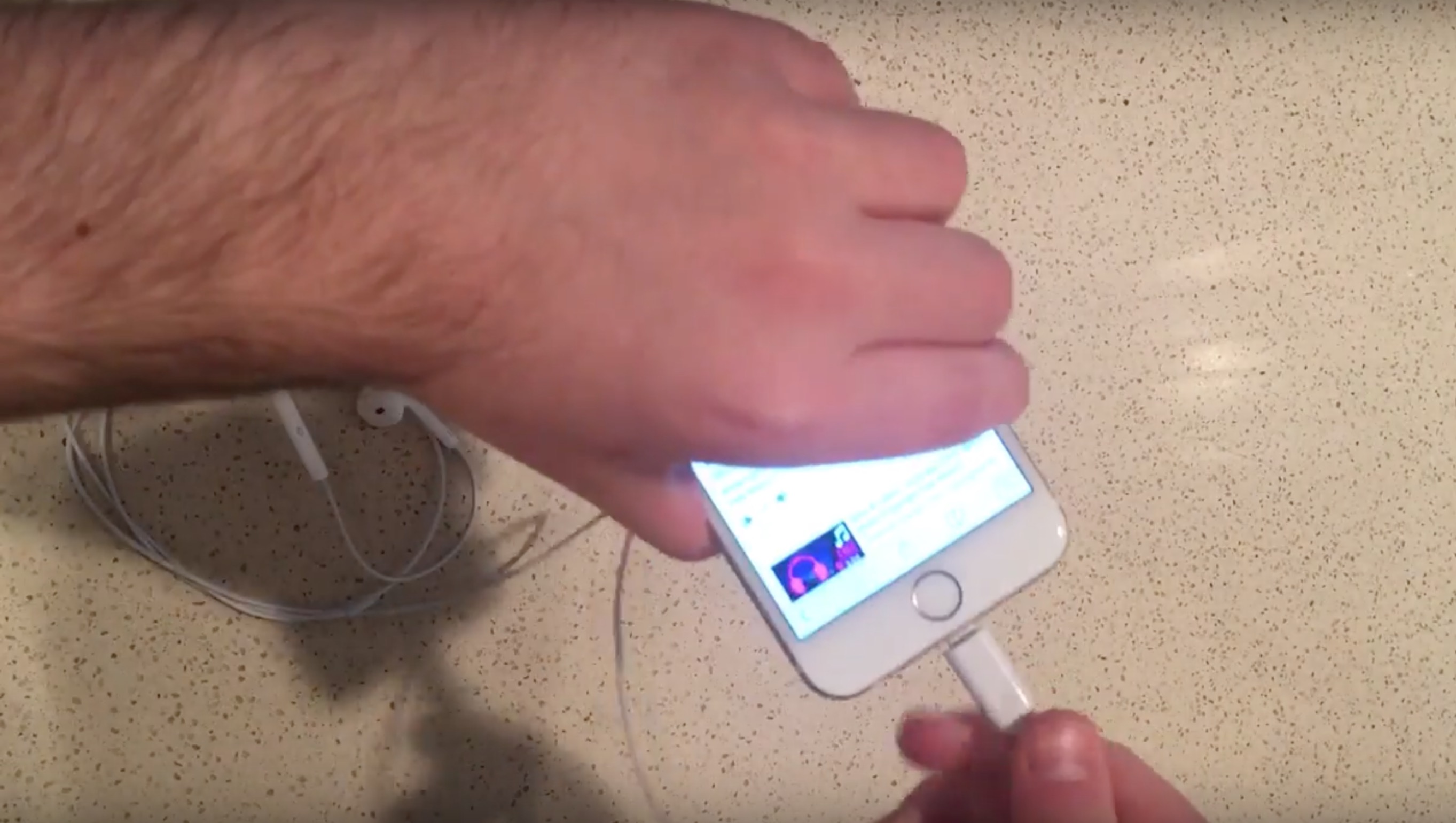 It’s still unclear what peripherals Apple will include with the iPhone 7, but at this point it’s pretty evident that the iPhone 7s will lack a 3.5mm headphone jack. Apple will likely pack in one of the following: Lightning-enabled EarPods, wireless headphones, or standard EarPods with a 3.5mm dongle attachment, like the one Zac posted about yesterday.

Given Apple’s history, however, it seems unlikely that it will include a pack-in dongle instead of selling it separately. Therefore, it’s possible that Lightning-enabled EarPods will indeed make the cut if wireless versions don’t.

Of course, it’s entirely possible that these “EarPods” are a Chinese knockoff, or a DIY project — in other words, a clone of what the final product might look like. I’m a little skeptical, because the cameraman was extremely brief in showing the Lightning connector up close, and the video itself wasn’t as clear as it could have been.

I don’t think these EarPods feature the fit and finish of typical Apple products, but Benjamin offered some conjecture as to why that might be. That said, it otherwise looks like a pretty convincing clone, and matches up well with the previous leaks that we’ve seen. What do you think?