Alleged photos of Apple’s A10 processor for iPhone 7 surface 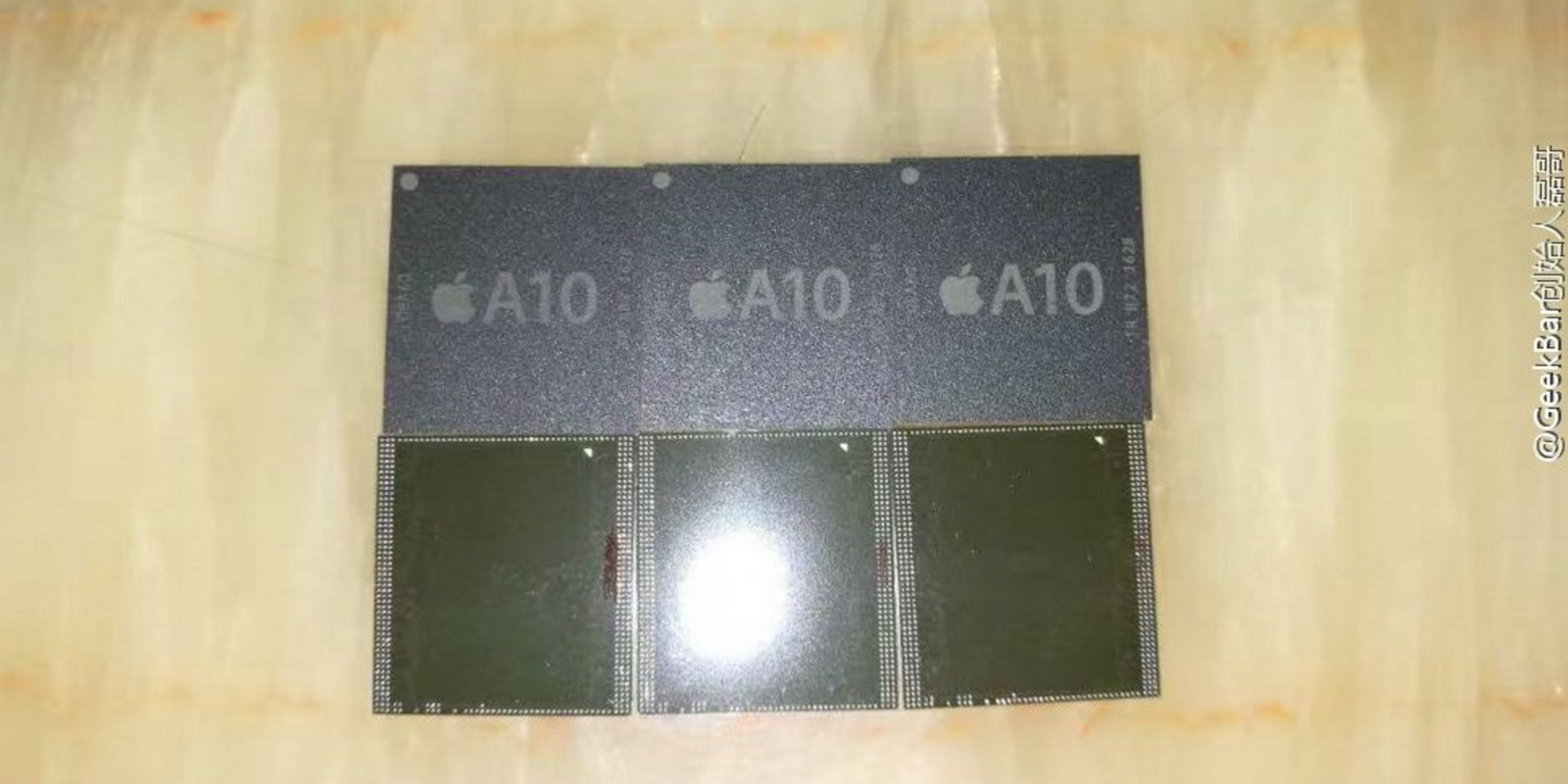 An “A10” processor would be the natural progression if Apple is to follow its past pattern of processor upgrades for new iPhones. Apple currently uses its “A9” processor in the iPhone 6S, iPhone 6S Plus, and iPhone SE, and it introduced the “A9X” with minor upgrades for the iPad Pro line in November. It usually uses the “X” variants for new iPad models, and it traditionally introduces a new numbered version for the introduction of new iPhones each year.

The images, first posted on Chinese social network Weibo (via Techtastic), follow images of logic board components from the same source over the weekend:

The leak doesn’t offer any details on what might be new with the A10 chip, but the internal hardware upgrades are expected to come alongside the much rumored improved camera system and a redesigned home button.

Most leaks have also pointed to a largely unchanged physical design from the iPhone 6s apart from repositioned antenna lines and the expected removal of the 3.5mm headphone jack.

You can catch up with our latest iPhone 7 stories here.