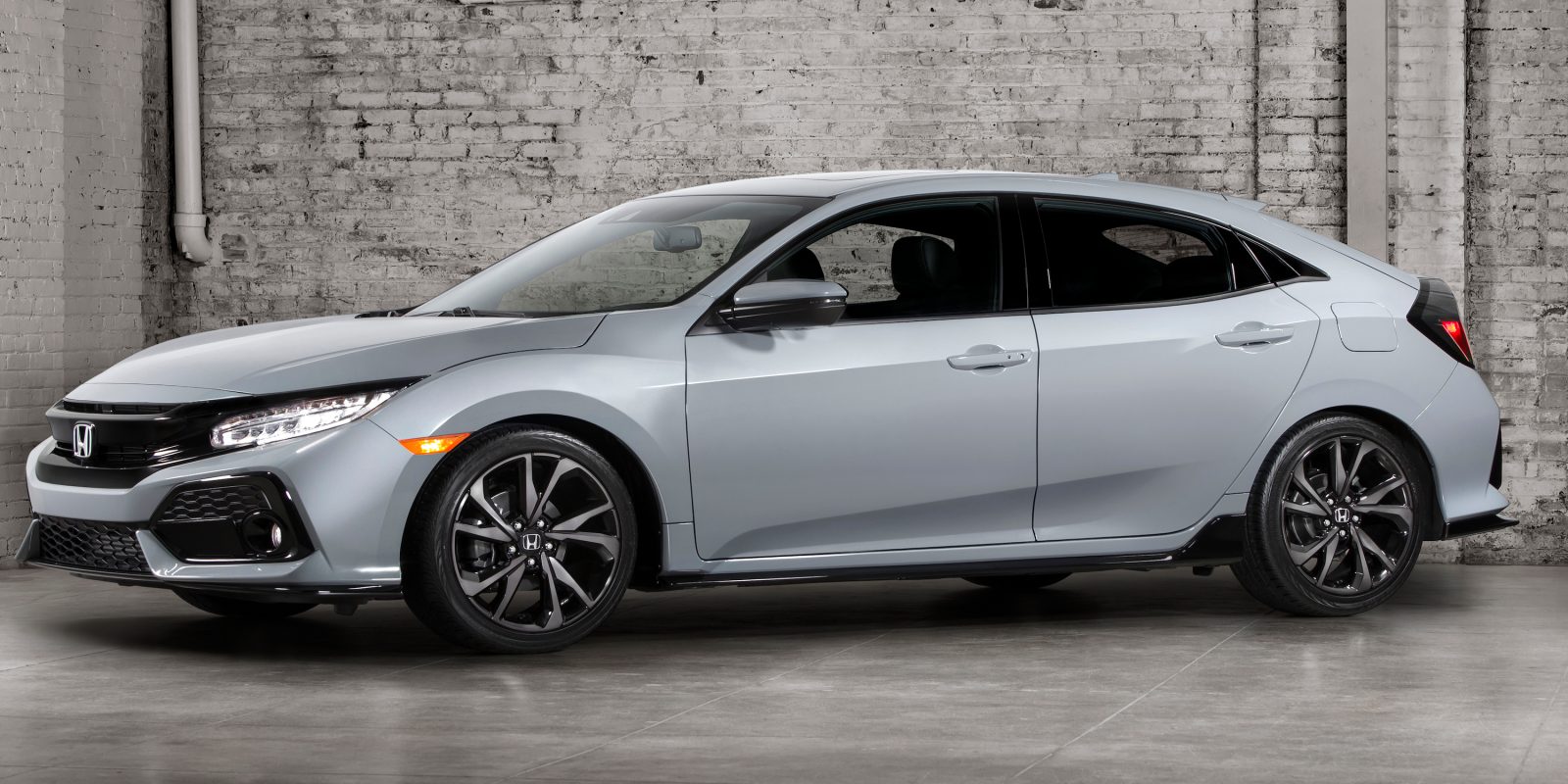 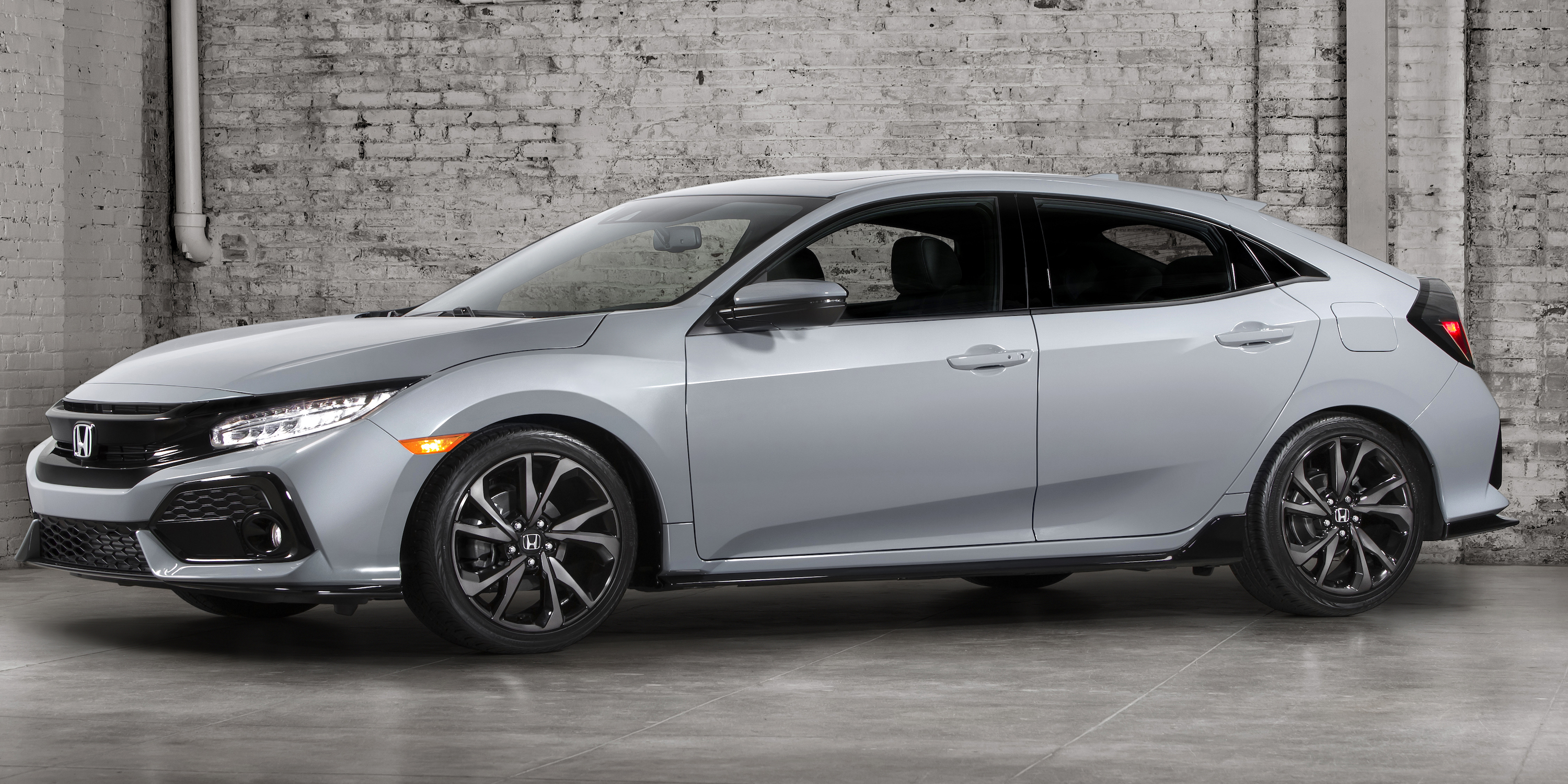 First announced at the New York Auto Show back in March, Honda today confirmed availability details for the 2017 Civic Hatchback, its latest vehicle with support for Apple’s iPhone-connected CarPlay system.

Arriving in North America this fall, the new five-door Civic Hatchback will be available in LX, Sport, EX, EX-L, and Sport Touring trims. Honda says CarPlay support can be added on “EX and above” trims via its Honda Display Audio system. The only model to include CarPlay standard will be the “Sport Touring” trim, which also includes ‘Honda Sensing’ driver-assist features, Android Auto support, heated rear seats, and LED headlights.

Honda says the 2017 Civic Hatchback will arrive at its dealer locations in the US this fall.

Apple maintains a list of vehicles that officially support the in-dash CarPlay system now available standard in many vehicles and available as a software update or via third-party installation for others. Notably, Ford introduced support for all of its 2017 vehicles back in July, while earlier this month Hyundai launched updates for a number of its current models as well.

Arriving this fall in North America, the 2017 Civic Hatchback is the latest addition to the much-heralded 10th-generation Honda Civic lineup, joining the 2016 North American Car of the Year – the Civic Sedan, and the Civic Coupe that launched earlier this year. The 2017 Honda Civic Hatchback combines striking, Euro-inspired styling and five-door versatility with the Civic’s world-class driving dynamics and Honda direct-injected turbo engine technology. The Civic Hatchback, scheduled to arrive this fall at Honda dealers nationwide, also will serve as the basis for the radical new Civic Type-R launching in the U.S. in 2017.

“The Civic Hatch has been a staple for Honda in Europe, but has long been the forbidden fruit for Honda fans in the U.S.,” said Jeff Conrad, senior vice president and general manager of the Honda Division of American Honda Motor Co., Inc. “Now, we’re bringing this sporty, stylish and versatile Civic Hatchback to North America, as we amp up the performance of our incredible Civic lineup with each new Civic model.”

Built on the same world-class platform as the 10th-generation Civic Sedan and Coupe, the 2017 Honda Civic Hatchback offers an appealing combination of sporty styling, efficiency, interior utility and premium features. The Civic Hatchback will be available in LX, Sport, EX, EX-L, and Sport Touring trims, and will feature a single engine for the U.S. market: a 1.5-liter DOHC direct-injected turbocharged in-line 4-cylinder with peak output of 174 horsepower and 162 lb.-ft. of torque in LX, EX and EX-L trims and 180 horsepower and 162 lb.-ft. of torque in the Sport and an all-new Sport Touring grade, which feature a high-flow center-mounted exhaust.

The turbocharged engine will be offered with either a sporty CVT (all trims) or a performance-inspired 6-speed manual transmission (LX, Sport, and EX trims). Anticipated EPA fuel economy ratings of 31/40/34 mpg (city/highway/combined) for CVT-equipped models, based on the newer, more stringent model year 2017 EPA ratings requirements, put the 5-door Honda Civic Hatchback at the top of its class.

The interior of the 2017 Honda Civic Hatchback carries through on the modern, sophisticated and premium quality of the 10th-generation Civic lineup, with high-grade materials and finishes applied liberally throughout. In terms of packaging, the 2017 Honda Civic Hatchback delivers class-leading volume and cargo capacity, including a roomy interior (122.9 cu. ft.), best rear seat legroom (36.0 inches) and largest cargo carrying capacity in the competitive set.

The Civic Hatchback will target top-class safety ratings – an NCAP 5-star Overall Vehicle Score and an IIHS TOP SAFETY PICK rating with a GOOD rating in all crash test modes and a SUPERIOR rating in frontal crash prevention, when equipped with Honda Sensing.

The 2017 Civic Hatchback was developed jointly by Honda R&D teams in Europe and Japan and will be manufactured exclusively by Honda of the UK Manufacturing in its Swindon, UK plant.