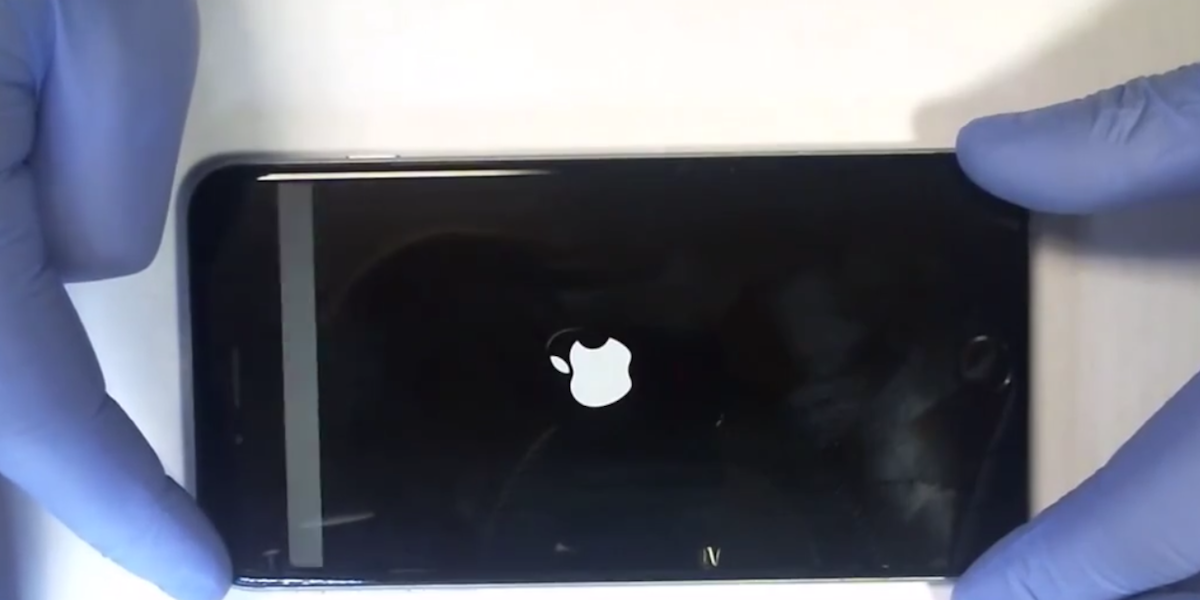 Repair guide website iFixit today published a blog post detailing what it and other repair companies describe as growing complaints of a touchscreen issue among iPhone 6 Plus and some iPhone 6 users.

The unresponsive iPhone screens, according to investigating done by iFixit, is the result of an issue not with the display itself but the chips used to control it.

“…according to repair pros, the problem isn’t the screen at all. It’s the two touchscreen controller chips, or Touch IC chips, on the logic board inside the phone…“This issue is widespread enough that I feel like almost every iPhone 6/6+ has a touch of it (no pun intended) and are like ticking bombs just waiting to act up,” says Jason Villmer, owner of STS Telecom”

The iPhone units with unresponsive displays are also often accompanied by a thin gray flickering line along the top of the display (as pictured above).

As the report notes, the issue is one that has previously been brought to Apple’s attention through its own support forums online and via retail stores. There are several accounts of the issue not being addressed by Apple Stores while we’ve separately heard that Apple’s retail stores are replacing faulty units with new devices if they meet certain warranty requirements only. At least one of the repair shops interviewed by iFixit for the story claimed the issue is widespread enough that Apple should offer a recall or repair program.

Some of the repair shops think they may have found a solution to prevent the issue from happening in the future:

In order to ensure that Touch Disease is actually cured, some repair shops have been experimenting with ways to keep the logic board from flexing. After a Touch IC repair, iPad Rehab, for example, has been adding a strong metal shield over the top of the chips as an internal reinforcement. “We have found that placing our own mod—a metal shield soldered over the sticker shield—seems to protect the phone from future recurrence of the problem….”

You can read more on iFixit’s blog.