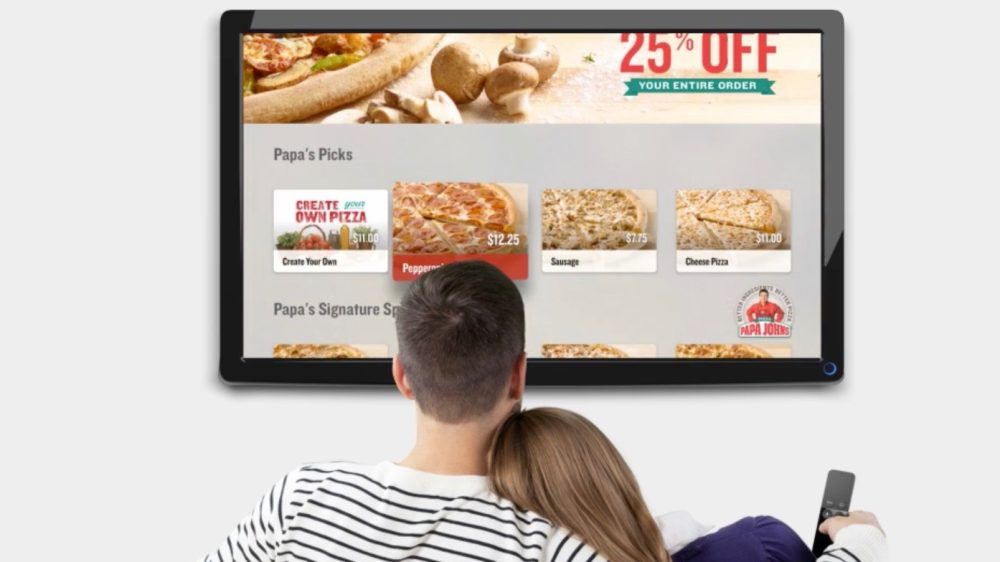 Apple has been saying the future of TV is apps since it launched the Apple TV 4 last fall, and now Papa John’s is delivering on that pitch by letting you order pizza straight from your TV. The pizza restaurant is celebrating being the first national chain to bring food ordering to the Apple TV by offering customers an automatic 25% when using the new tvOS app to checkout.

“Pizza and entertainment are a natural fit,” said “Papa John” Schnatter, Founder, Chairman and Chief Executive Officer of Papa John’s. “With the launch of our Apple TV app, we’re hoping to make family movie night and friend gatherings around the TV even more enjoyable by delivering the same quality product and experience our customers expect in a convenient and interactive way.”

In theory, Papa John’s may be on to something genius. Stretch out on the couch, order a pizza and bread sticks, watch some Netflix, chill. And the automatic 25% savings makes it worth at least trying out the Apple TV app if you’re already ordering from Papa John’s. But on the flip side, you have to order Papa John’s which just might not be for everyone.

To their credit, the tvOS app looks properly featured which makes sense since Apple TV apps can be very capable thanks to shared code with iOS. And while they’re first to the Apple TV, Domino’s Pizza has been innovating in the pizza delivery space a lot over the years with an Apple Watch app and voice ordering. 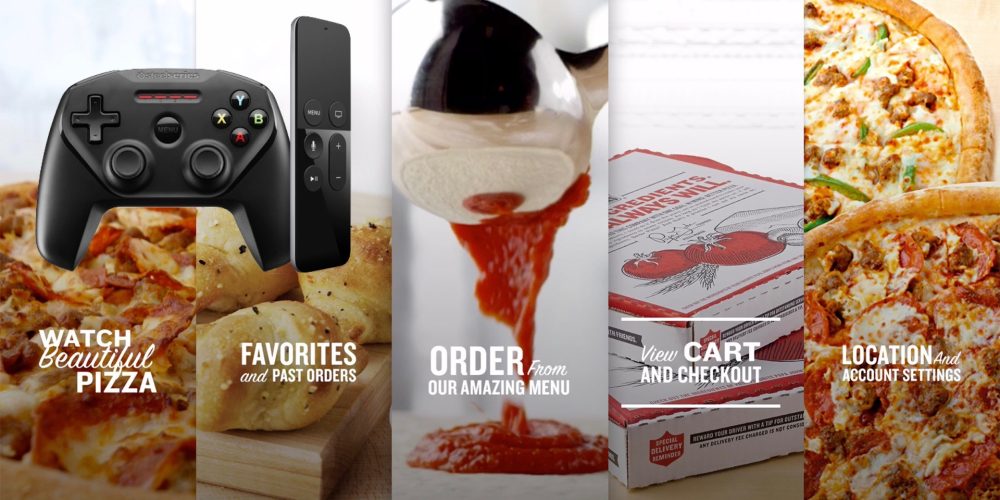