One of the standout features of the iPhone 7 and iPhone 7 Plus is the improved camera. The devices went up of preorder last Friday and officially hit store shelves this coming Friday. Ahead of the public release of the device, Sports Illustrated has gone hands-on with the iPhone 7 Plus to snap pictures from the sideline of the Titans-Vikings NFL game today.

The gallery of photos shared by SI includes a variety of different images. There are a handful of action shots, still portraits, and a variety of different lighting situations. While it’s not showcased in these images, the iPhone 7 Plus later this year will gain a new “Portrait” camera mode that provides a bokah-like effect.

The images really do highlight the insane improvements that Apple has made to the iPhone 7 Plus’s camera. As Jeff argued earlier this month, the iPhone has already taken over the point-and-shoot market, and as improvements continue to be made, Apple is likely taking strides towards stealing parts of the DSLR market, as well.

As a refresher, the iPhone 7 Plus features two 12MP cameras on the back, one of which is a wide-angle lens, while the other is telephoto. The former has an f/1.8 aperture, while the latter has an f/2.8 aperture. Because of the dual-camera setup, the iPhone 7 Plus is able to offer high-res optical zoom at 2x, which is a first for the iPhone lineup. There’s also a new quad-LED True Tone flash, while the front-facing FaceTime HD camera has been upgraded to snap 7MP still images and support 1080p video recording.

Some of the images taken by Sports Illustrated can be seen below, and the full gallery can be found here. What do you think of these images? Do they sell you on the iPhone 7’s camera? Let us know down in the comments! Once we get our hands on the iPhone 7 and iPhone 7 Plus, we’ll be sure to share a gallery of images from each device and compare them.

Remember the photo Tim Cook took at last year’s SuperBowl? They are certainly better than those. 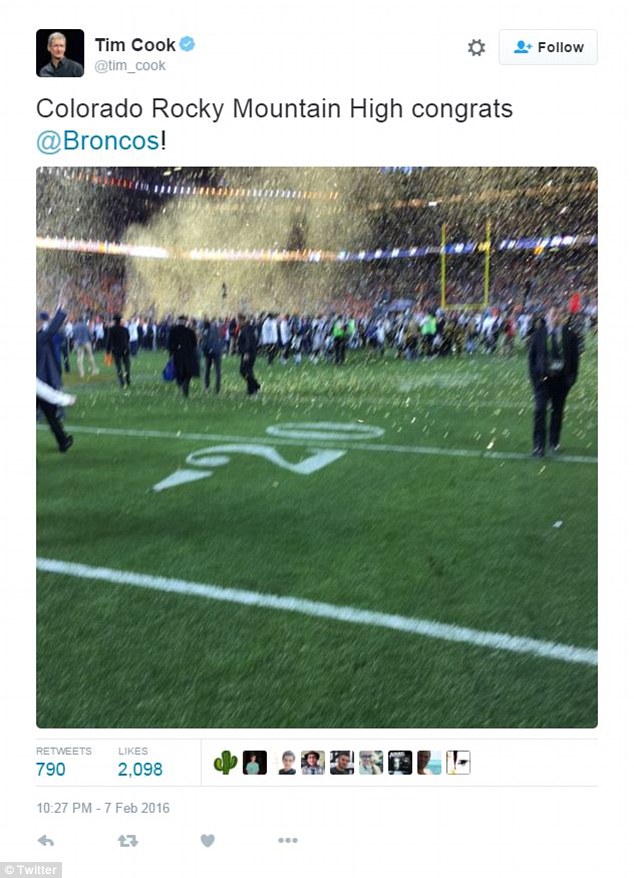