iOS 10: New features that change how I use my iPhone and iPad 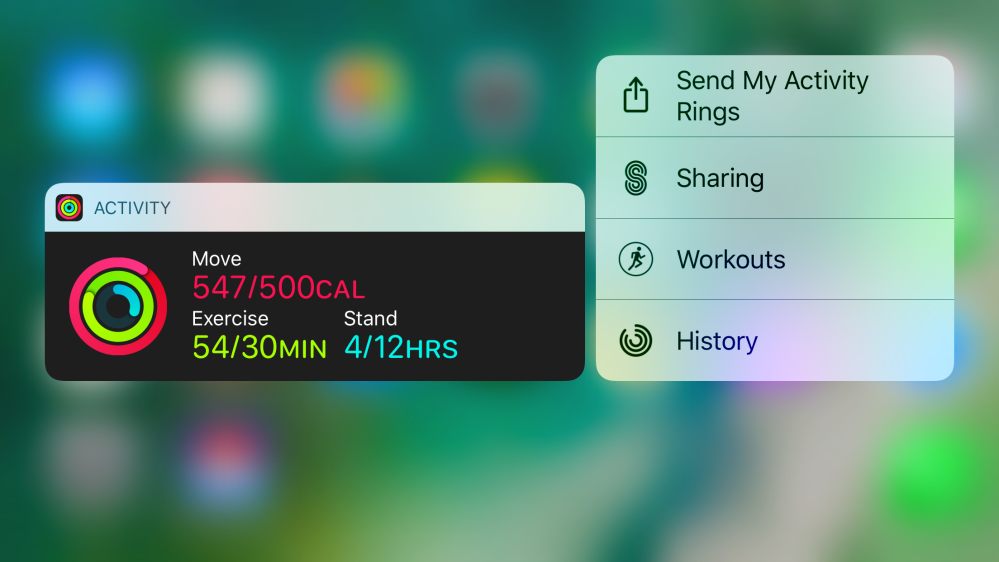 iOS 10 is finally here and it’s loaded with tons of new features. You can read Benjamin’s expansive overview of everything new in iOS 10 to see just how big of an update it is. Major iOS updates usually have so many new features that it’s hard to appreciate exactly what’s different. After using iOS 10 all summer, I want to highlight my favorite features that have changed how I use my iPhone and iPad.

3D Touch is an evolution

The iPhone 6s and iPhone 6s Plus used 3D Touch to sell the new pressure sensitive display as a reason to upgrade, but it was easy to forget the feature existed and hard to discover where it worked. With iOS 10, Apple has had way more time to consider how 3D Touch should work and where it should be available. 3D Touch isn’t essential in most instances, but it is an evolution in iOS 10 over the implementation in iOS 9.

For example, you can now 3D Touch on Home screen app icons that have iOS 10 widgets to actually access those widgets from the Home screen. This is probably the closet Apple will ever get to putting real widgets on the Home screen. You can also 3D Touch alerts on the lock screen to jump into interactions that previously required less intuitive slide to act interactions.

Everyone’s favorite new 3D Touch option is probably in Notification Center: 3D Touch to clear all notifications which wipes out every alert from today, yesterday, and before. Messages is SO. MUCH. BETTER.

It’s hard to explain how big of a leap Apple has made with Messages in iOS 10. As third-party apps like Facebook Messenger, WhatsApp, and Telegram have been quick to implement features like stickers, apps, and clever ways to send photos and videos, Apple’s Messages app has been shy about doing anything dramatically different. That changes with iOS 10.

I tweeted three years ago that iMessage needs stickers, and today they officially arrive. I’ve even made two sticker packs to celebrate! And there are plenty of really great sticker packs that I’m already obsessed with: Om Nom Stickers, Retro Emoji, and Bubbly Pico! to name a few.

Aside from sticker packs, Messages now supports iMessage apps. Some examples like Square Cash seem promising. The few that I’ve tested so far are better used as regular apps outside of iMessage and feel more like low-performance proofs of concept, but this should evolve over time.

Rich media embeds in Messages is also fantastic. Michael Steeber mocked the concept up over a year ago and most of what he envisioned now exists. Sending a tweet URL over iMessage previews the tweet. Sending a song over iMessage embeds the Apple Music track. You can even send a YouTube video and watch it right in the preview. It looks really great and saves so much effort throughout the day.

Messages has a lot of other changes (see our overview for more) but in short, it’s a really fun app after you get around the new learning curve.

iPhones have always had alarm clocks that wake us up, and starting with iOS 10 we gain an alarm clock that reminds us to GO TO BED!

I started using this feature late in the beta and it’s so good. You get a new set of alarm tones that are much better than the standard options, and you can easily set how long you want to sleep based on when you want to wake up and go to bed. The lullaby-like jingle tone that reminds you to go to bed is the icing on the cake.

The other benefit here is that you do get some Health data from the Clock app now. The sleep tracking isn’t exactly precise or totally scientific, but it gives you a general view of your sleeping habits.

The changes in CarPlay are relatively minor, but they’re big for CarPlay users all the same. I love being able to rearrange the CarPlay app arrangement and remove select apps like iBooks altogether. 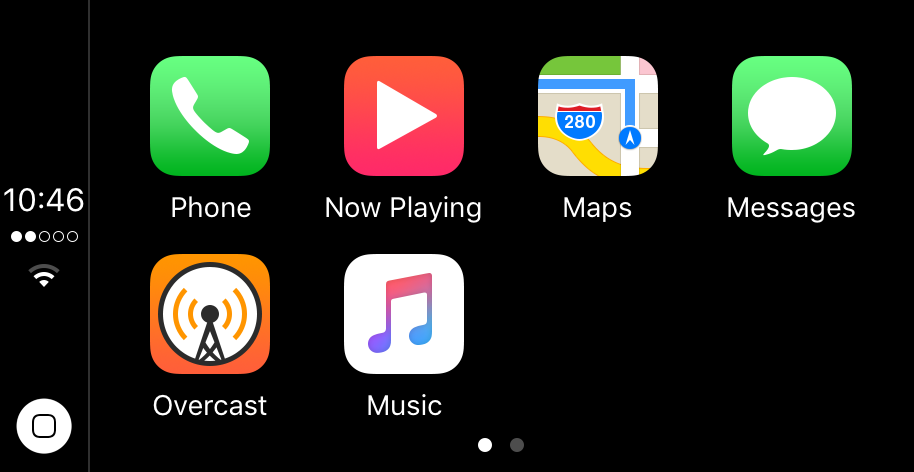 iOS 10 has a new Home app for managing HomeKit, which is great, but you could already find solid third-party HomeKit apps on the App Store. What’s especially useful here is easy access from Control Center for favorited accessories and scenes, being able to set up HomeKit for your family from your device and point them toward a built-in app, and new triggers that Apple provides. 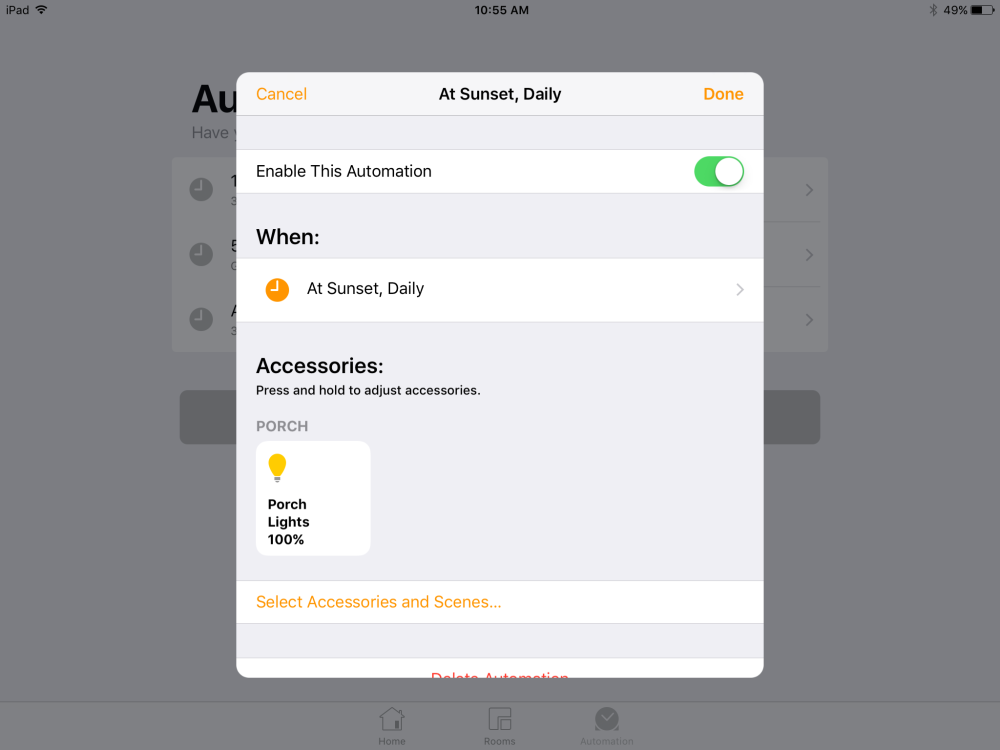 For example, I’m using sunset as a trigger to turn on my outside porch lights. When I see my neighbors with their outside lights on during the daytime, I want to ask Siri to turn their lights off too!

iOS 10 lets you customize the stock experience way better than previous versions. For example, you can now hide most stock apps including Stocks by using the same method used to delete apps. Want to un-hide them? Just search for them in the App Store and they reappear. Curiously, Photo Booth is still a sacred app even on the iPad Pro. The Spotlight page is also more customizable with the ability to remove widgets like News that were previously un-hideable. You don’t have to see the latest Trump and Hillary headlines if you don’t want to!

Many of the emoji characters are redrawn and there are even some new faces around. Send an emoji in the new Messages app and they’re actually bigger. One to three emoji will appear in clearer detail, but if you send an emoji with any text or more than three emoji they’ll be standard size. 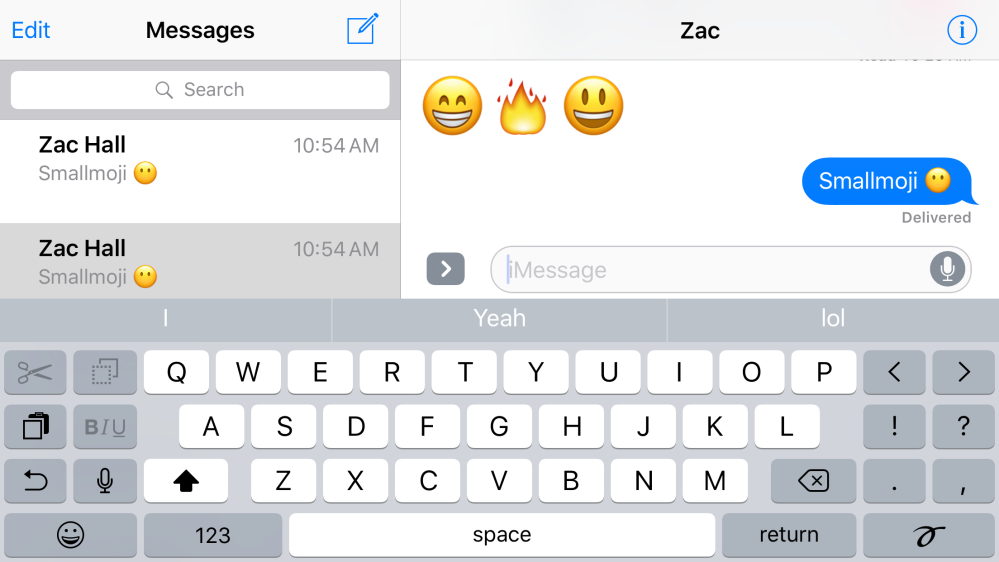 Me and my Apple Watch friends have wanted Activity Sharing since day one and iOS 10 with watchOS 3 delivers that. You can get updates on how your friends are doing with move, stand, and exercise goals, and show off to your friends how much better you’re doing than them. The old method was screenshot and send, and now it’s baked right in.

The Music app is completely redesigned with iOS 10, which is great, but one of the most significant changes for me in practice is that you can finally multitask with Apple Music! Have an iPad with Split View? You can now run Music side by side with Safari or Twitter or any other Split View app. This is especially useful when you want to change what song is playing or edit a playlist without leaving the app you’re already using. Thank you, Apple. 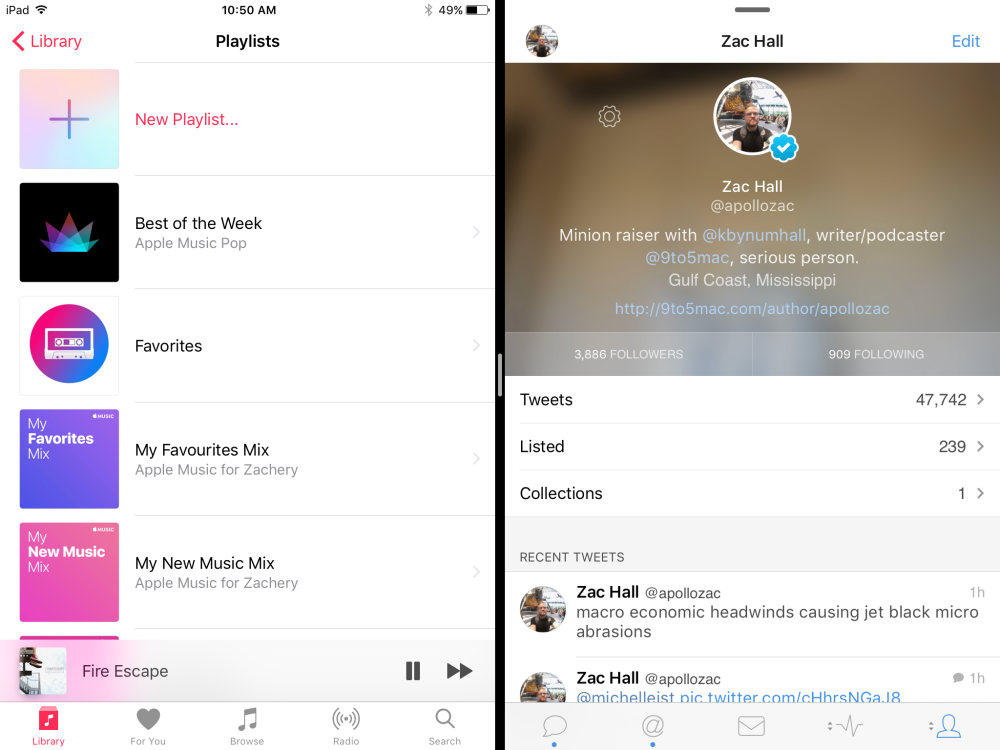 As I mentioned at the top, iOS 10 includes loads of new features that I didn’t even attempt to touch on here and plenty of other features have changed how I use my iPhone and iPad this summer, but hopefully my rundown gives you a list of what to put to use as soon as you update!