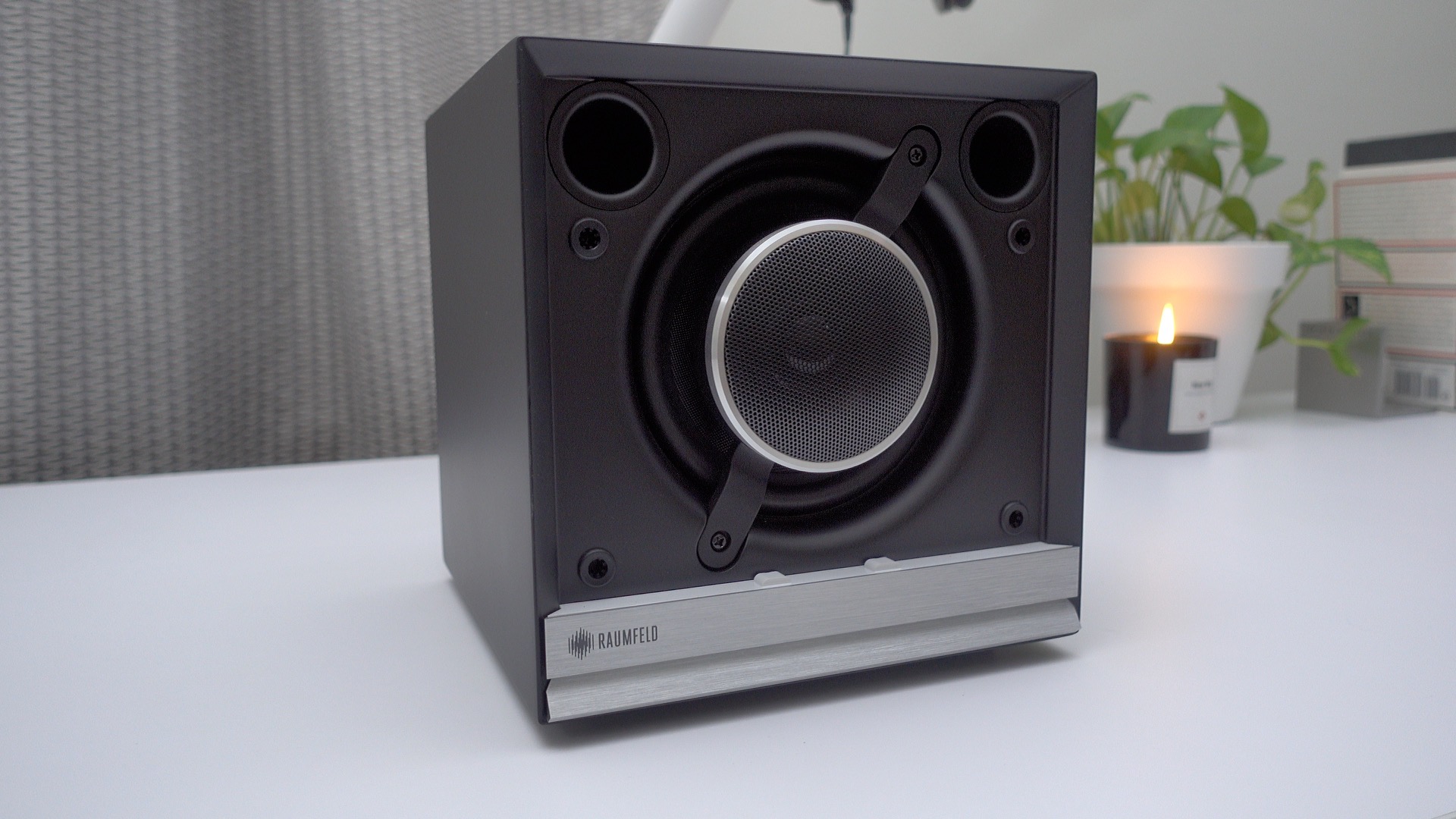 Back in August I reviewed the Raumfeld One M Wireless Speaker and I was thoroughly impressed by the sound emanating from such a compact speaker. The One M featured a 5-driver 2-way stereo speaker solution that came bundled with its own built-in down-firing subwoofer. The result was nothing less than impressive.

Yet, single speaker solutions have inherent limitations when it comes to things like stereo separation. That’s where the step-up Raumfeld Stereo Cubes make their presence felt. The Stereo Cubes, which generally sell for around $699, are much pricier than the Raumfeld One M, but delivers noticeably richer sound with great stereo separation.

If you’re looking to step up your audio game, then Raumfeld, a German audio brand that recently migrated to the US, can be trusted to deliver most excellent sound quality. That said, the speaker is still plagued by shortcomings on the software and streaming side of the fence. For example, Apple Music isn’t supported, so making Raumfeld a difficult sell for those invested in Apple’s streaming service. For Spotify, Tidal, and Google Play users (coming soon), Raumfeld hardware is a much more attractive option.

Raumfeld audio gear features its own app that can be downloaded from the App Store. The app is required to set up the speakers and for controlling music playback. I won’t bother rehashing all of the set up steps, because I discussed this in detail during my One M Review. The setup process for the Stereo Cubes is exactly the same as it is on the One M.

In fact, the entire app experience is exactly the same on the Stereo Cubes as it is on the One M. That means that all of the good things and the bad things about the app will be found here.

The Raumfeld app works similarly to the app that’s used to control Sonos speakers. All of the music, baring the exception of Spotify, is controlled from a single interface inside the app.

Raumfeld supports the following list of streaming services within its app:

As I noted during the One M review, Apple Music is the most conspicuously missing streaming service. Despite the remarkable sound quality, the lack of Apple Music support makes this speaker a hard sell for those deeply invested into the Apple Music ecosystem.

Keep in mind that these speakers are still compatible with iTunes Match and iTunes-purchased music that’s downloaded locally to you device. Therefore, if you’re not heavily invested in Apple Music tracks, which feature DRM, then you’ll be able to playback your iTunes Match, iTunes, or locally synced music just fine. 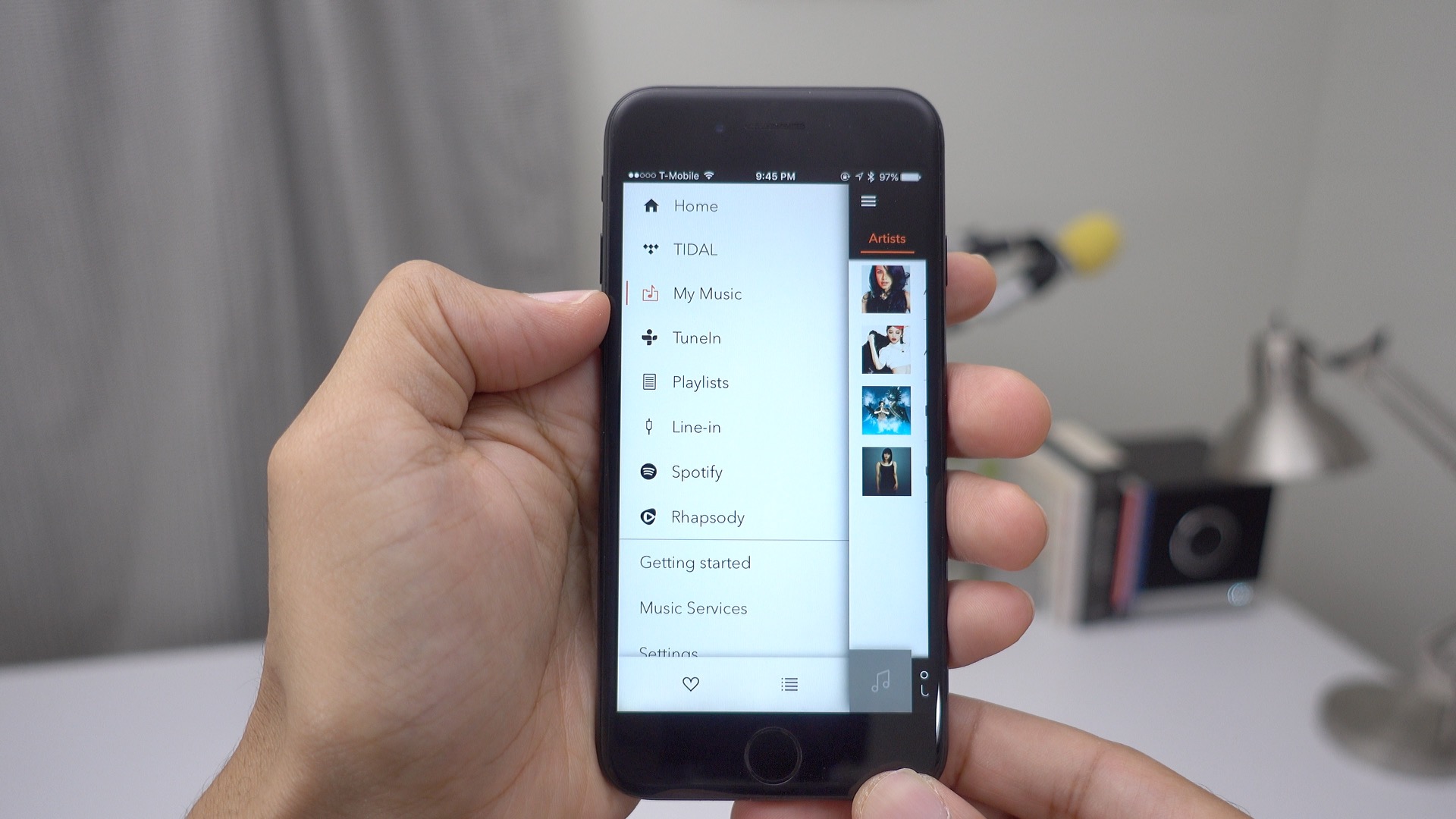 All of the other shortcomings that I found during my hands-on with the Raumfeld app back in August still persist. There have been firmware and software updates since my initial One M review, but none of the updates have bought any remarkable new features or fixes to the table. The app is still just as dense and potentially confusing as it was back then, and it’s still a glaring weakness in the end-to-end experience.

If you’re primarily a Spotify user, you’ll be happy to know that you can control the Stereo Cubes directly from the Spotify app via the service’s premium Connect feature. This allows Spotify users to outright bypass the need to interface with the Raumfeld app on a regular basis.

Raumfeld has created some striking, almost industrial-looking hardware that sounds just as good as it appears. Like the One M, the Stereo cubes are meant to be both seen and heard. The pair of speakers work great as computer desktop speakers, bookshelf speakers, or planted in a location elsewhere in the living room. With the sharp edges of the black (or white) MDF cabinet and the sleek brushed aluminum accents, the design is a throwback look that mixes modern technology with opinionated styling.

The cubes aren’t tiny either, measuring a little over 7.5-inches on all sides. They’re also heavy, especially the active speaker, which contains the two-channel Class D amplifier used to drive each unit. If you’re planning to utilize these as desktop computer speakers, be sure that you have enough real estate to accommodate them both. 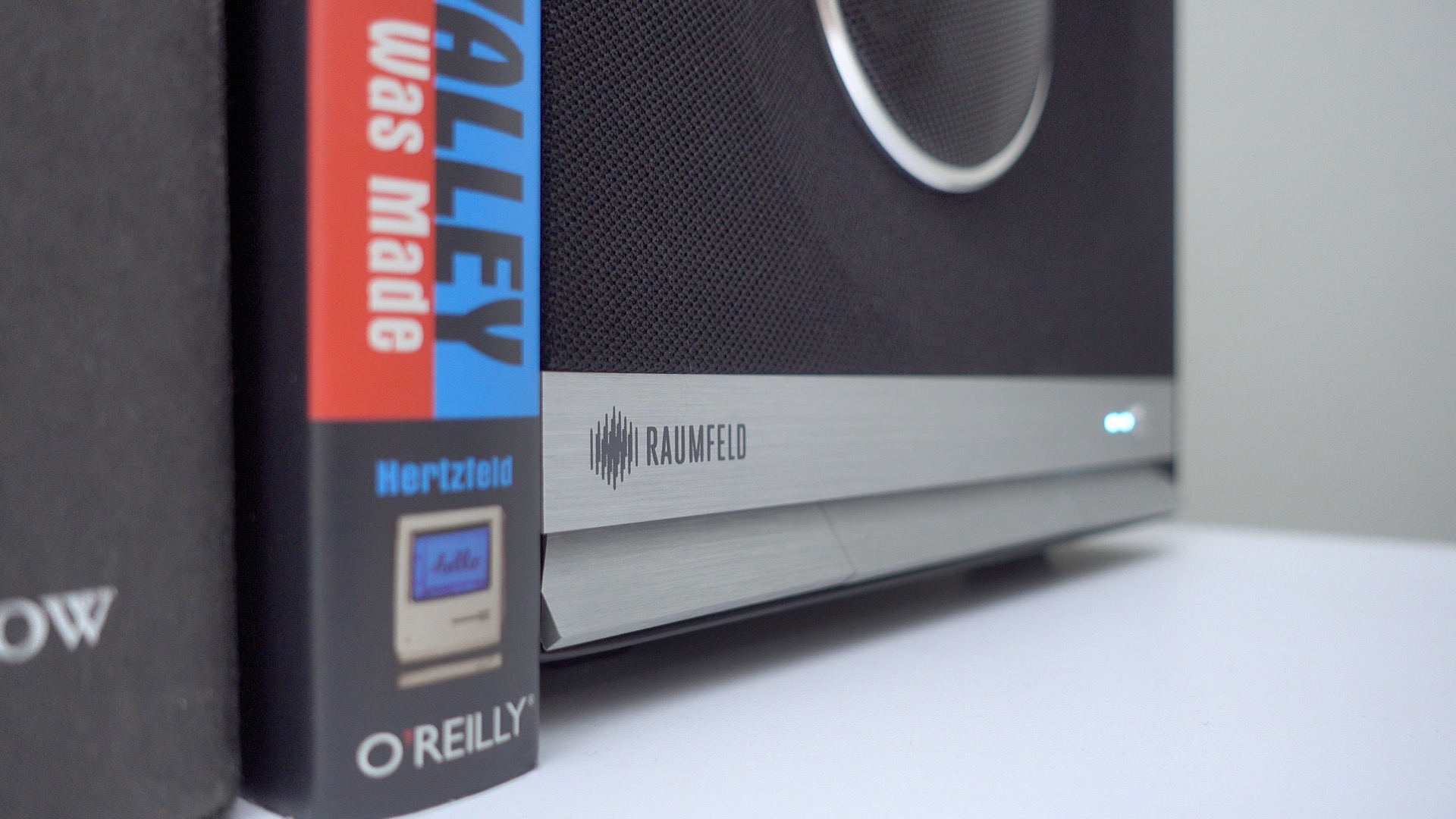 Setting up the Stereo Cubes is a fairly simple affair. Once unboxed, it’s just a matter of connecting to power, and connecting the active speaker to the passive speaker via the included cable. From there, you’ll need to download the Raumfeld app to go through the initial setup and configuration. You’ll be able to connect the speakers directly to your Wi-Fi router, or via a Raumfeld Expand streaming device, which helps optimize and prioritize data streaming in multi-room setups.

Multi-room audio is a feature that Sonos is known for and Raumfeld does it as well. I was able to have both the Stereo Cubes and the One M playing the exact same music in multiple rooms. You can even play one song in one room, and another song in another room using the Raumfeld app. Raumfeld takes it a step further by allowing you to stream analog sources in multi-room setups using the RCA stereo inputs on the rear of the active cabinet.

One feature that I loved about the One M — the memory preset row of buttons that let you quickly play a favorite playlist or radio station — isn’t available on the Stereo Cubes. That’s unfortunate, as I thought this was one of the highlights of the One M’s design. Instead, the Stereo Cubes hardware buttons are limited to volume controls and a power button.

Each cabinet contains a 1.1-inch tweeter along with a 5.1-inch midbass driver. Each driver receives 40 Watts from the  amplifier inside of the master speaker cabinet.

Instead of having to emulate stereo, the Stereo Cubes output real stereo sound that presents a much more nuanced panorama than the single speaker One M. The stereo sound stage benefits greatly from the pair of speakers. 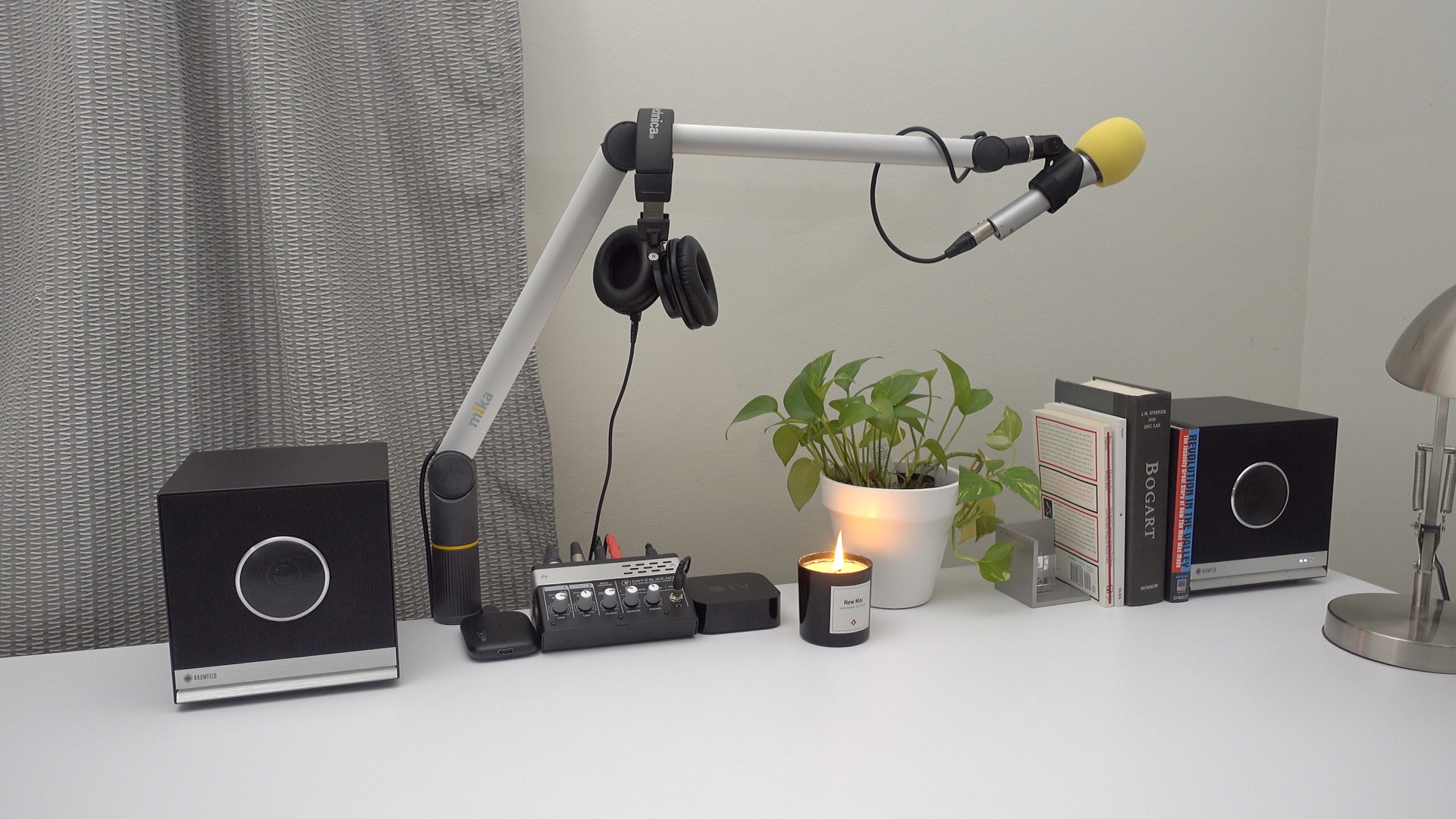 One thing you won’t find with the Stereo Cubes is overwhelming low end bass. If you’re looking for that sort of sound profile, then you’ll want to look elsewhere. Keep in mind that the One M features a down-firing dedicated sub, and the fact that it’s a single speaker lends it more flexibility with regard to speaking placement, and thus bass-promoting sound reflection.

The Stereo Cubes support music playback from the following sources:

The following filetypes are supported for music playback: 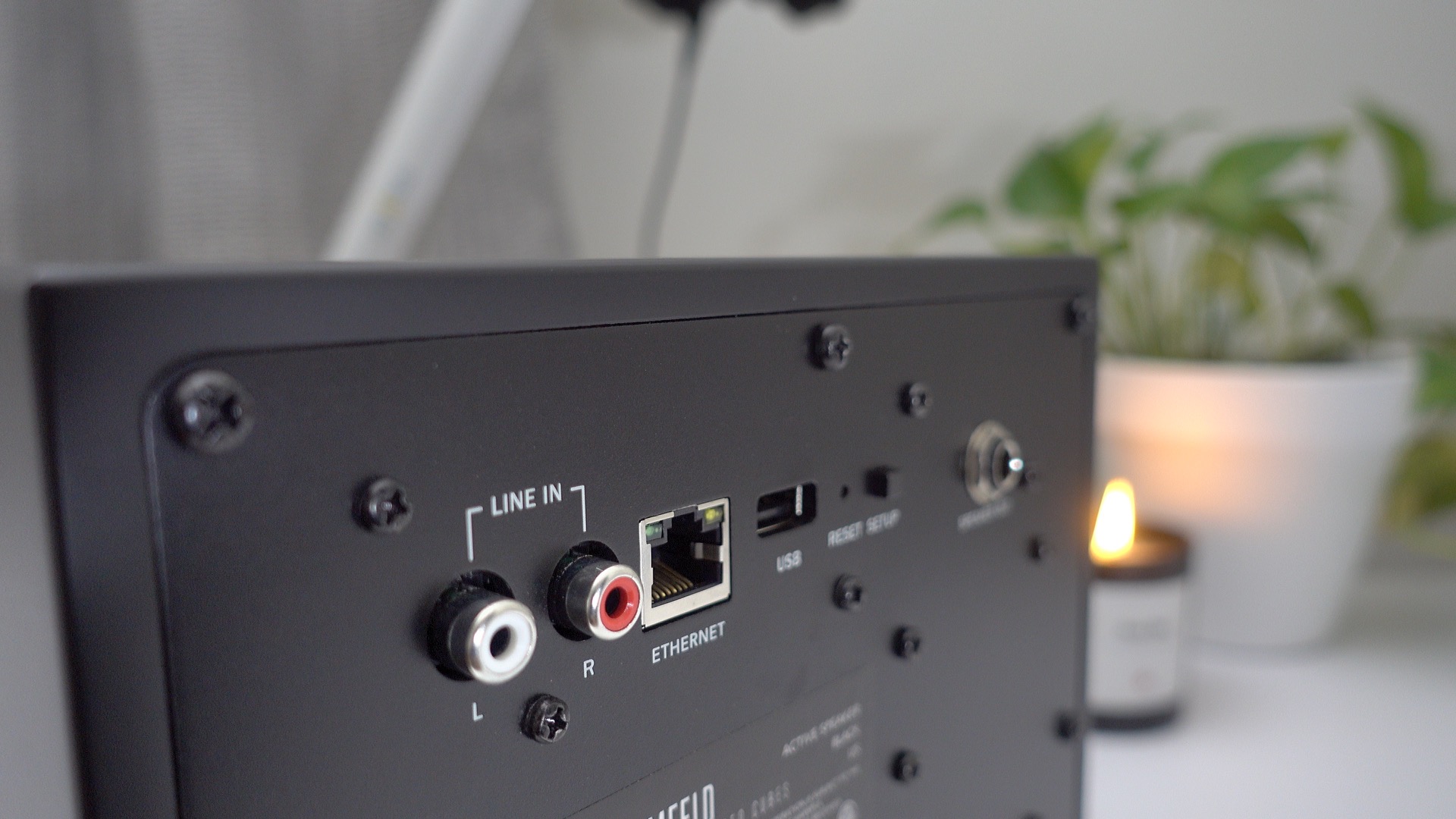 The ability to connect almost any music source via the RCA inputs isn’t necessarily ideal, but it’s a great feature to have in a pinch. It means that even without official Apple Music support, I can always directly connect my iPhone to the Stereo Cubes, or purchase a Bluetooth adapter or AirPort Express, and enjoy wireless music streaming via Bluetooth or AirPlay. Again, this isn’t the most ideal setup, but it does help alleviate some of the pain brought about by unsupported streaming services like Apple Music.

If you’re looking for amazing sound and a distinct industrial design, and are aware of the streaming limitations associated with its app, then Raumfeld has some serious hardware that many will enjoy. For US customers, both the Raumfeld Stereo Cubes and the Raumfeld One M can be purchased via Amazon.

Apple Music subscribers may definitely want to think twice about taking the plunge, especially since Apple has a cozy relationship with Sonos, but Spotify and Tidal subscribers have an additional excellent-sounding speaker option in the Raumfeld Stereo Cubes or the One M.