Here are the new emoji included in iOS 10.2 [Gallery] 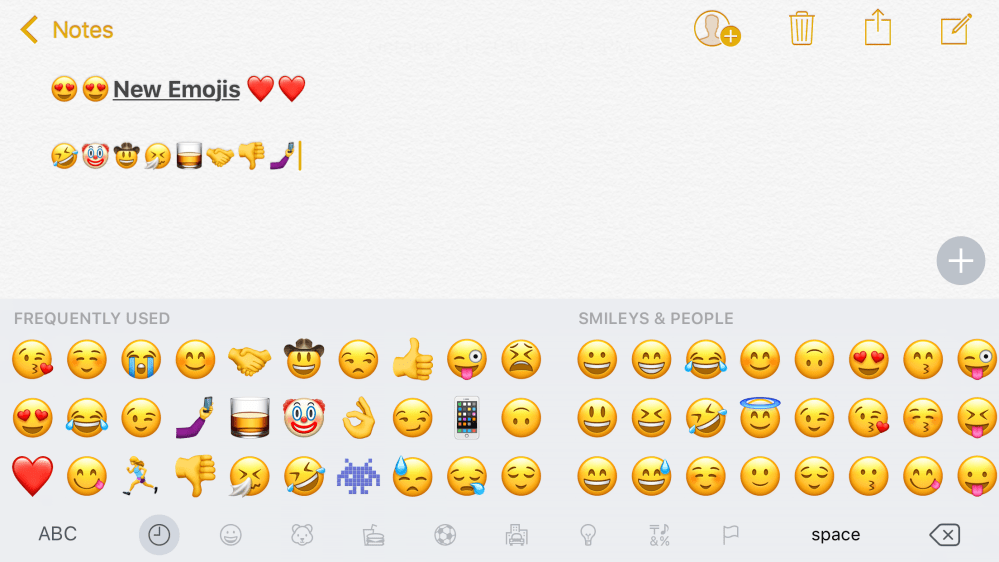 Apple earlier today released the first developer beta of iOS 10.2 and included among the handful of changes is a variety of new emoji. New emoji are generally one of the most popular additions with an iOS update and iOS 10.2 is full of them. Read on as we highlight what’s new…

There are a variety of new emoji included in iOS 10.2, including new faces, new food and drinks, new characters, and more. Headlining the new additions are emoji for a clown face, bacon, a person taking a selfie, and a sideways laughing face.

The new emoji come as part of Unicode 9.0, which includes some 72 new emoji. That consists of 22 new “Smileys and People,” 18 new “Food and Drink,” and a variety of other new “Activities,” “Animals,” and “Objects.”

Below are a few of the new emoji:

Apple has been relatively efficient with adding new emoji with the more recent iOS releases. iOS 10 included over 100 new emoji, including the controversial new water gun. iOS 9.1 also included new emoji for things such as tacos, unicorn, and a middle finger. Apple has even went as far as to ask the Unicode Consortium to add new emoji.

And for the real show, below is a screenshot gallery of all the emojis you’ll get as part of iOS 10.2. One has to wonder when we’ve reached peak emoji…but for now: