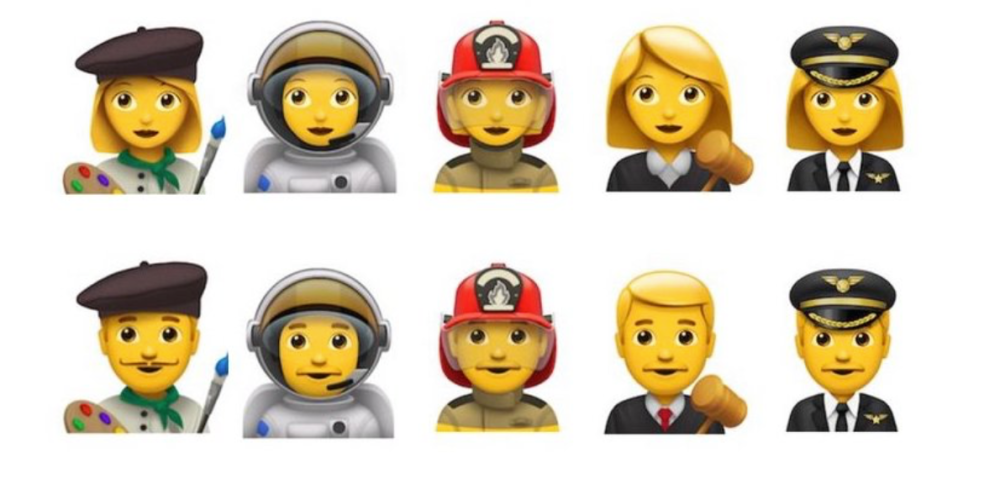 Update: Unicode has actually responded to Apple’s request and detailed all of the changes that will come with Emoji 4.0, including 16 new professional emoji.

Following the emoji redesign with iOS 10, Apple has recently asked the Unicode Consortium to add 5 new emoji to the existing catalog of options. Apple’s Peter Edberg, who has been a software engineer at the company for 28 years, reached out to the Unicode Technical Committee recently, sharing mockups of the five new emoji.

Apple also provides the current “fallback example” for what it takes to express the 5 characters in emoji currently. For instance, the company shows that an artist can be expressed currently with a standard face emoji paired with a color palette, while the firefighter can be expressed with a face emoji pairs with a firecracker. Apple’s solutions, however, would require use of just one emoji.

Apple also shares a mockup of what each proposed emoji would look like with the iOS 10 style applied, as well as other examples. With iOS 10 and macOS Sierra, Apple slightly revamped the appearance of a variety of emoji, giving them a more unique look.

In addition to the visual refresh, iOS 10 also adds over 100 new emoji, including new diversity options, female athletes, and a new rainbow flag. iOS 10 also removes the controversial gun emoji and replaces it with a toy water gun.

Earlier this summer, the Unicode Consortium approved 72 new emoji, including ones for bacon, taking a selfie, and a clown face. While many of the new Unicode emoji are present in iOS 10, some have not yet made their way over, including the bacon one.

The Unicode Technical Committee has yet to reply to Apple’s request for new firefighter, artist, astronaut, judge, and pilot emoji. It’s likely, however, that the five new options will be added in the next batch of additions. What do you think of Apple’s proposals? What emoji do you think should be up next? Let us know in the comments!