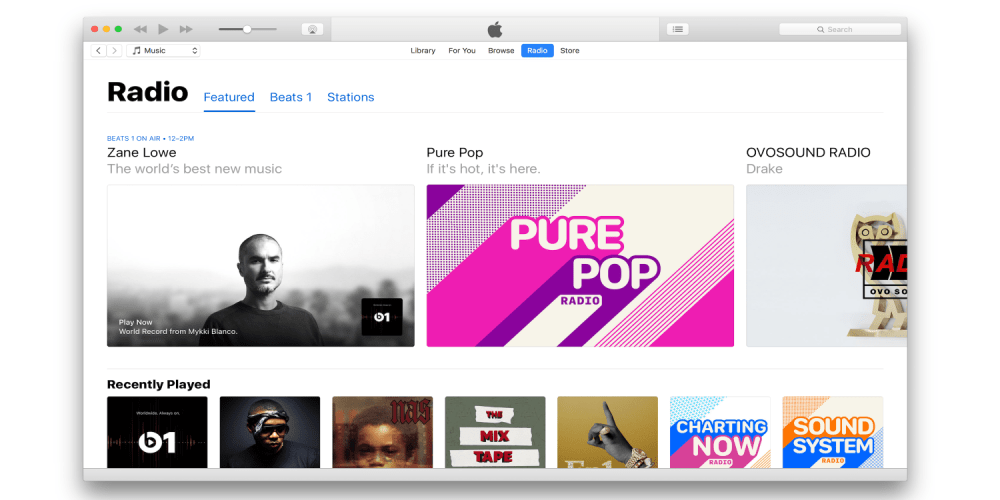 Following the release of new iOS, macOS, watchOS, and tvOS betas, Apple this evening has released a new public build of iTunes, bringing the app to version 12.5.3. The update brings a few bug fixes and under the hood improvements and is available for El Capitan and Sierra users now.

Apple last week released iTunes 12.5.2 and today’s update brings more improvements. Apple says that the update brings a variety of stability and performance improvements under the hood. Specifically, the update fixes a bug related to albums playing out of order, while the update also fixes a lyrics bug that caused lyrics to not appear while listening to Beats 1.

The bigger update to iTunes came with iTunes 12.5.1 that brought a redesigned Apple Music interface, but the overall structure of the app has remained the same for several iterations now.

iTunes 12.5.3 is available now via the Mac App Store and is also available via Apple’s website. The update is available to all Mac users on El Capitan and Sierra.