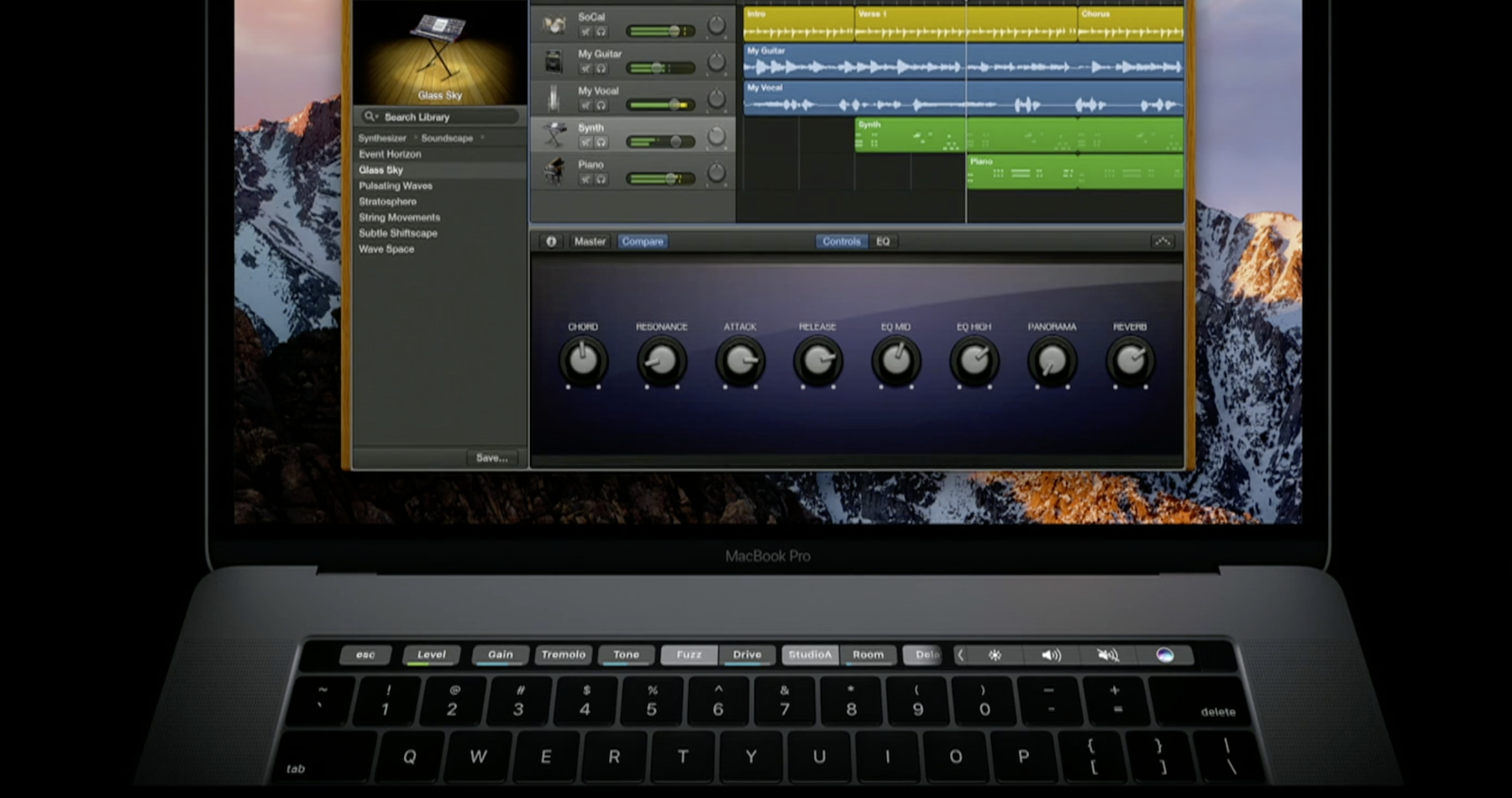 Apple impressed me with the apps it had ready for the new MacBook Pro’s Touch Bar at launch. It’s not just limited to button replacements or system functions, which you can customize, but will also support Final Cut Pro, Terminal, GarageBand, Maps, iTunes, Calendar, Djay Pro, Photoshop, and lot of other Apple and third-party apps when customers start receiving the first orders in the weeks to come.

But as a daily Logic Pro X user, I noted the lack of mention for Apple’s pro audio suite at the unveiling of its new Pro notebook. The good news: we’ve learned from a source familiar with the company’s plans that the Logic Pro team is currently targeting early next year for Touch Bar support.

As for what we can expect from the update, since Logic Pro X shares many features with Apple’s entry-level audio suite, GarageBand, the company’s demo of Touch Bar support for that app gives us a few clues. 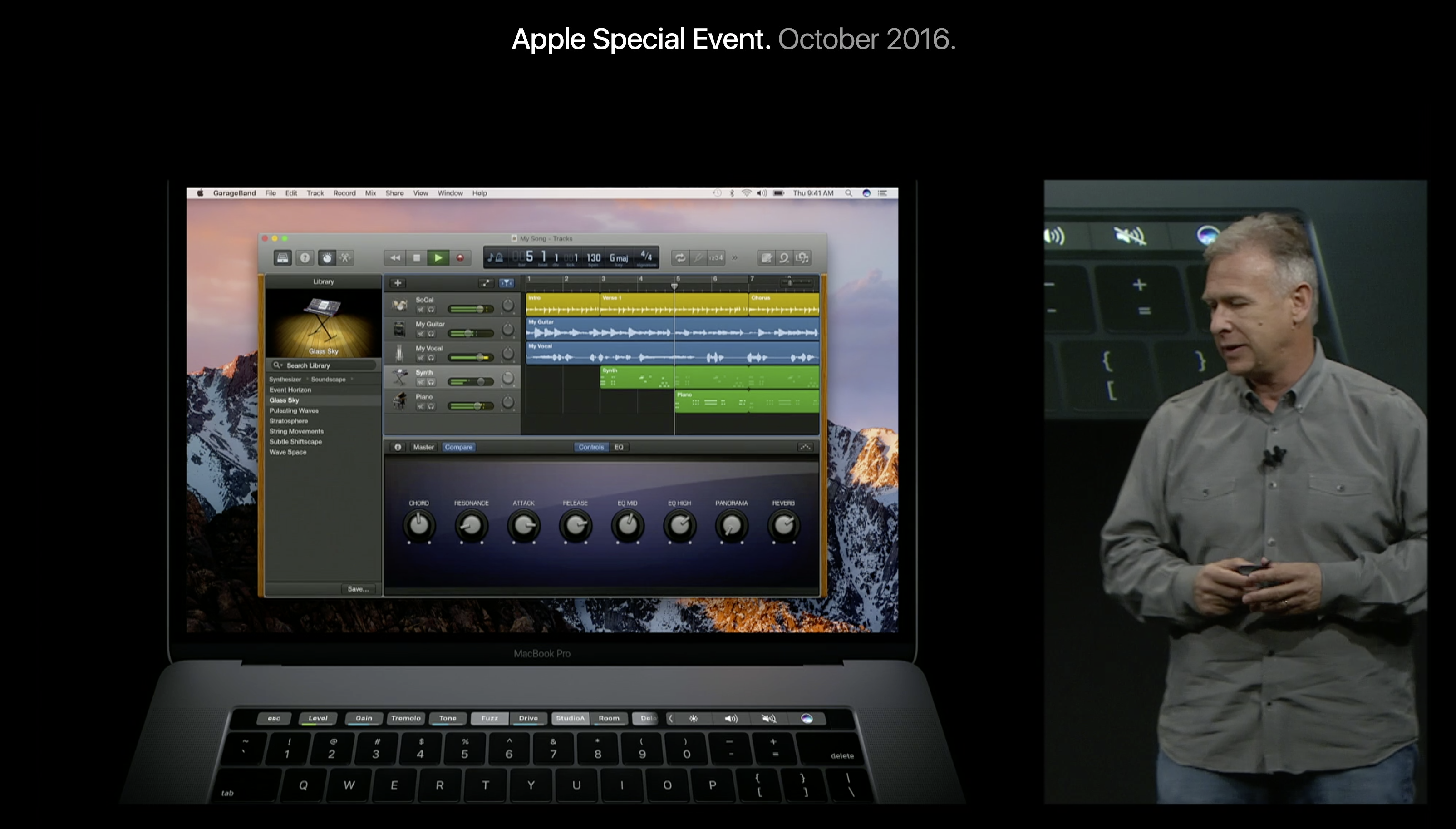 GarageBand is using Touch Bar for the app’s Smart Controls feature to provide quick access to effects and plug-ins. Above we can see “Level, Gain, Tremolo, Tone, Fuzz, Drive, StudioA/Room, Delay,” which are similar to Smart Controls or plug-ins one might have enabled for a guitar patch or similar.

Smart Controls are customizable, so here’s to hoping there is some level of customization in Logic when Touch Bar support arrives. Plug-ins aren’t exactly playing musical instruments, so Apple likely has some other features planned too. In the already released GarageBand update, Apple notes the ability to “tap the Touch Bar to quickly fine-tune the sound of instruments and effects, or adjust the volume of a track.”

The Djay app team also showed off its own custom UI for mixing that could give you an idea of the possibilities there:

Logic Pro X last received a big update earlier this summer bringing a ton of new features including Retina redesign for seven more plugins, Flex Pitch improvements, new loops, and a lot more. Apple completely overhauled the $199 app a couple of years back (full review), and it’s since been on a pretty regular schedule with updates that bring 2-3 big feature changes each year.

Apple first started accepting orders for the new MacBook Pro models following its event last week, with the models that have Touch Bar expected to ship in 2-3 weeks. Shipping estimates in the US and elsewhere have since increased to 4-5 weeks for the MacBook Pro with Touch Bar as the company today confirmed the device set a new online sales record. Apple also has a new 13-inch MacBook Pro without Touch Bar which is currently available and shipping.