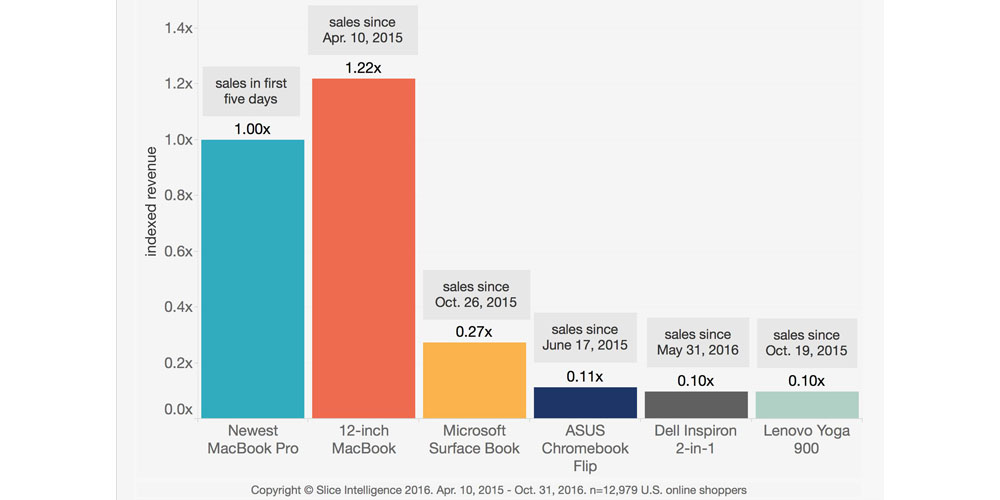 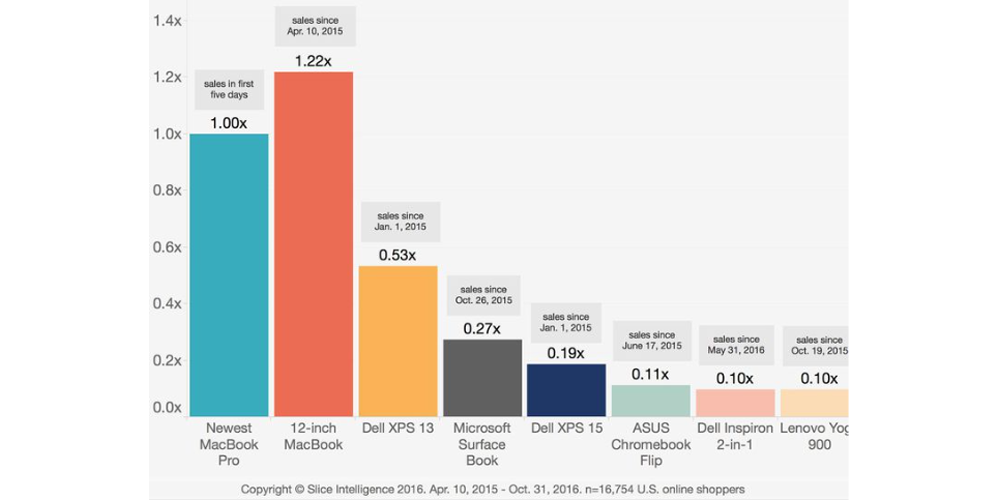 Apple already told us that the 2016 MacBook Pro had set a new online sales record, backed by supply-chain reports of increased component orders, but Slice Intelligence has provided our first look at the scale of those orders. The company reports that the new models took just five days to outsell every high-profile laptop on the U.S. market.

It has already outsold combined sales of the Dell XPS 13 and 15 – probably the closest equivalents in the Windows world – which have been on sale for more than ten months. It has also sold almost four times as many units as Microsoft’s flagship laptop, the new Surface Book.

The company additionally compared sales to Apple’s own 12-inch MacBook, to see how its pro laptops were faring against its ultraportable model …

Just five days in, the MacBook Pro models had already hit almost 80% of combined 2015 and 2016 MacBook sales – and look set to exceed 18 months of sales in the first week.

Slice gets its data by analysing email receipts among its panel of 4.4M online shoppers. The methodology isn’t perfect, counting only online sales in the USA, but the size of the panel should mean it provides a reasonably reliable steer.

It wasn’t all good news for Apple: the data also showed that not everyone could wait for the company to finally update its pro models. Of those who bought an Apple laptop in 2014, some 40% had since bought another brand. This number will, however, include those who bought a second machine, or a Windows laptop as a gift for family or friends.

The sales of course need to be viewed in perspective. Just as iPhone 6 sales reflected pent-up demand for larger-screen phones, 2016 MacBook Pro sales will be in large part driven by similar pent-up demand for a long-awaited update to the range. Even so, this data indicates a successful launch by any standards.