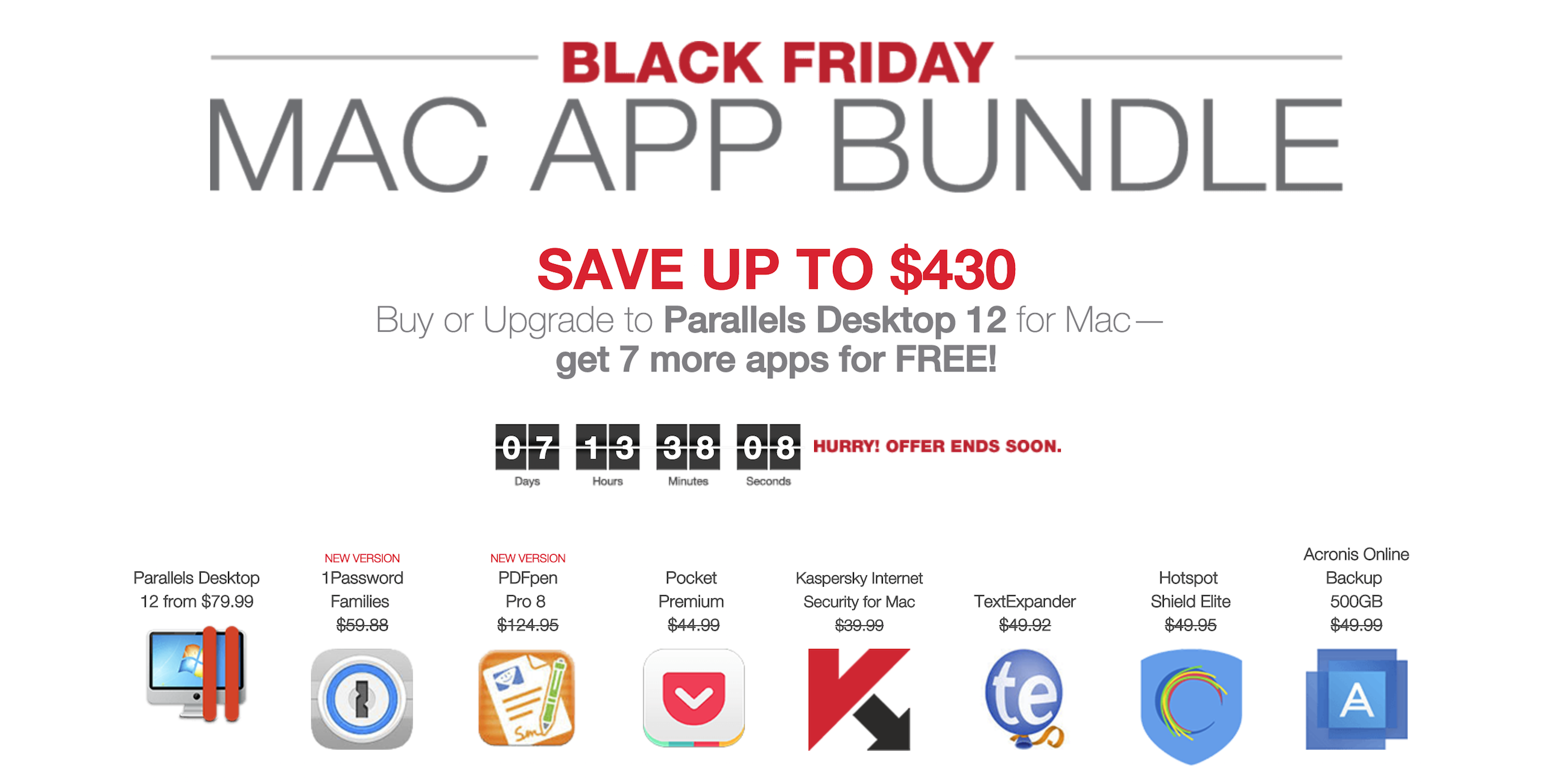 Parallels just launched its Black Friday bundle and in it offers 7 Mac apps free when you upgrade or buy Parallels Desktop 12 for Mac starting at $49/$79.

In addition to Parallels Desktop 12, the go-to virtual machine software for running Windows, Android and other operating systems on your Mac, you’ll get a few popular Mac apps for free including the 1Password password manager. If you’re a new MacBook Pro user specifically, 1Password is a must-have app to take advantage of the machine’s built-in Touch ID fingerprint sensor for passwords, and otherwise it’s a handy tool that all Mac users should have installed across all machines.

You’ll also get a one year subscription for an Acronis Online backup account with 500GB for storage in the cloud and much more.

Parallels Desktop 12, released earlier this year, is the latest version of the popular software that lets you easily run Windows and other operating systems (including other images of macOS) as virtual machines on your Mac. Version 12 includes full macOS Sierra support, a new standalone ‘Toolbox’ feature with 20 utilities, and a notable performance bump over previous releases. Check out our coverage of Parallels Desktop 12 on 9to5mac here.