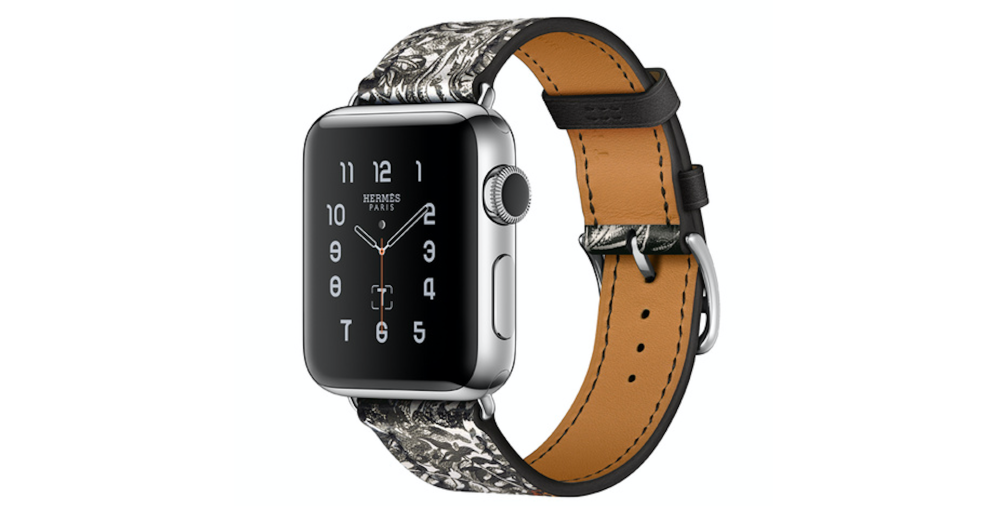 Apple first announced its partnership with French fashion company Hermès just over a year ago, and since then, the partnership has slowly expanded. Now, Hermès is gearing up to release an exclusive new Apple Watch band tomorrow, November 24th (via Vogue).

As you can see above, the band features Robert Dallet’s “Equateur Tatoutage” print, which depicts a jungle battery with a tiger. It’s certainly one of the more vibrant Apple Watch bands we’ve seen, but it’ll surely be popular with the device’s fashion-centric users.

The band is made of leather with a metal clasp and leather loops. On the inside of the band is a brown leather material, while the lugs connecting to the Apple Watch itself are silver.

The new band will be sold exclusively in Hermès retail boutiques around the world, meaning you won’t be able to get your hands on one through Apple itself, in store or online. Like most of the Hermès line, the new Robert Dallet band is pricey, coming in at 419 euros, or $442 USD. That puts the band near the higher end of Apple’s accessory lineup for Apple Watch.

The band becomes available just in time for the holiday shopping rush and it will likely be a popular request among Hermès fans. It’s anticipated, according to Vogue, that the band will be rather hard to purchase, as it will likely sellout sooner rather than later.

Apple’s partnership with Hermès has very much been a way for the company to highlight its newfound interest in fashion, though to date, Hermès is the only high-end fashion company with which Apple has partnered. Though, companies like Coach and TOMS have released their own Apple Watch bands independent of Apple and Apple partnered with Nike for an Apple Watch variant, as well.

What do you think of this new Hermès Apple Watch band? Will you be rushing out to purchase it? Let us know down in the comments..