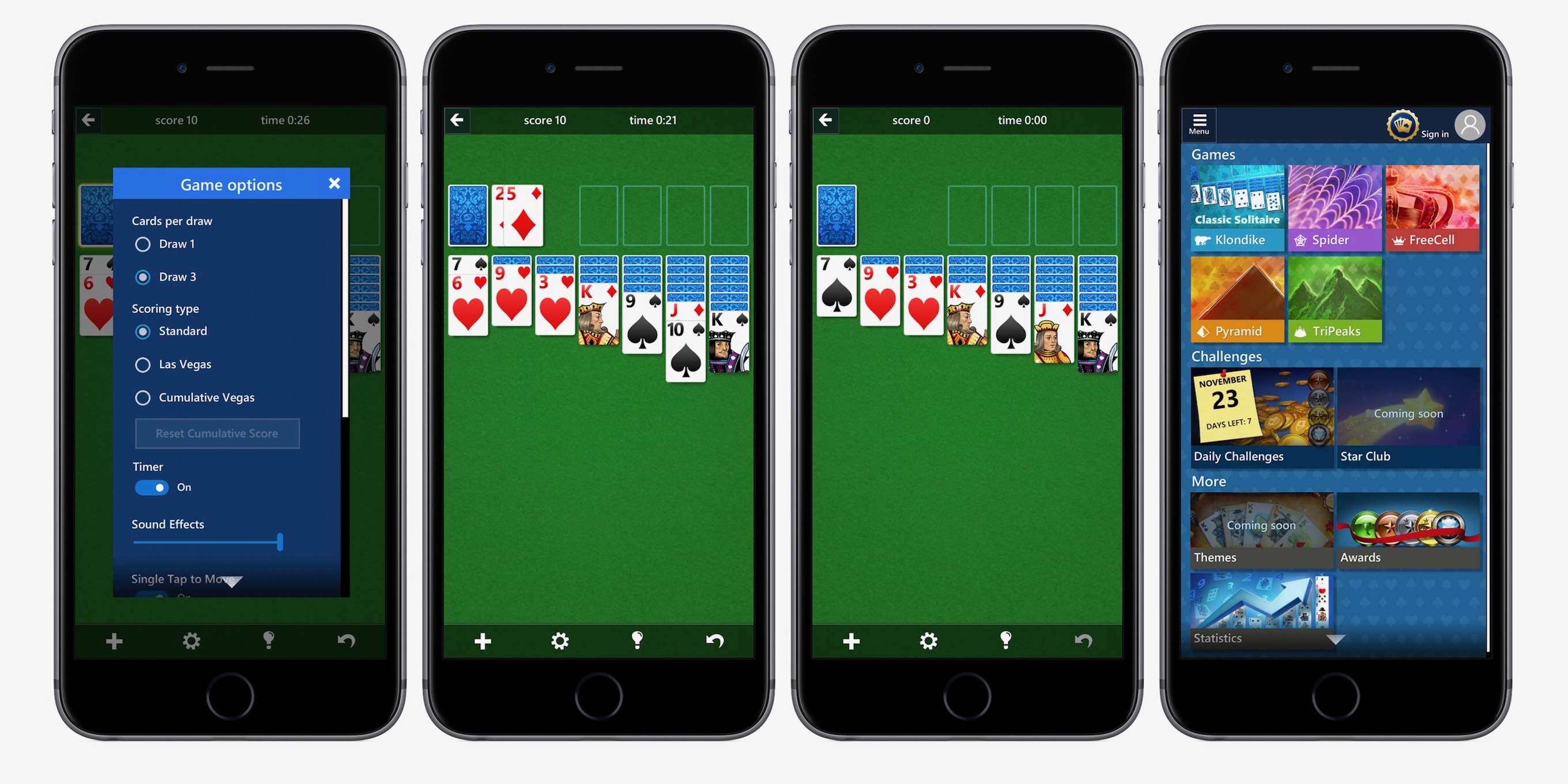 Microsoft has a new iOS app out today: Microsoft Solitaire Collection. The new mobile app is available for iPhone, iPad, iPod touch, and Android as a free download. PC users will recognize Solitaire as one of the classic Windows games pre-installed on Microsoft’s operating system…

Microsoft’s new Solitaire app includes five games that you can play for free:

KLONDIKE Timeless & Classic Solitaire. Clear all the cards from the table using one or three-card draw. Also try out Traditional or Vegas scoring!

SPIDER Eight columns of cards await you. Clear them all with fewest moves possible. Play single suit or challenge yourself with four suits!

FREECELL Be strategic and use the four extra cells to move cards around and try to clear all cards from the table. FreeCell rewards players who think several moves ahead.

TRIPEAKS Select cards in a sequence, earn combo points, and clear as many boards as you can before you run out of deals!

PYRAMID Combine two cards that add up to 13 to remove them from the board. Challenge yourself to reach the top of the Pyramid and clear as many boards as you can!

Just in time for Thanksgiving Day when tech-savvy users go into full tech support mode for family members. Solitaire is an easy recommendation and a free download on the App Store.